There’s a manic and explosive quality to ‘Birds of Prey’ that would have worked well to tell the story of fan-favourite character Harley Quinn as she goes solo and comes into her own. After all, the film’s subtitle is “and the Fantabulous Emancipation of One Harley Quinn” and so the film tries to deliver a “fantabulous” time. But while there’s a lot of great fight scenes that really showcases lead star Margot Robbie’s incredible physicality and her incredible focus to remain in character all throughout this manic movie, the said emancipation feels more of a literal and external one than it is a character-driven one.

The whole movie rests squarely on Margot Robbie’s very capable shoulders. It is an unambitious film that doesn’t delve too deep into Harley Quinn’s toxic relationship with The Joker, which is the implied captivity she needs emancipation from. ‘Birds of Prey’ doesn’t attempt to tackle this in a complex manner.

Basically, Harley Quinn was in a toxic relationship with The Joker, and now that they’ve broken up, she no longer enjoys The Joker’s protection and all the people she has angered have come to take their revenge. In the process of trying to survive, she comes into collision with a dynamic group of women who all have targets on their backs for one reason or another, and the women — which include Detective Renee Montoya (Rosie Perez), Dinah Lance (Jurnee Smollett-Bell), Cassandra Cain (Ella Jay Basco), and Huntress (the underutilized Mary Elizabeth Winstead) — team up with Harley Quinn to fight back.

In a way, Harley Quinn’s emancipation is everyone’s emancipation. Harley Quinn has to shake out the reputation of being the Joker’s girlfriend, which includes his protection and how his name is tied up with hers. In a similar vein, Detective Renee Montoya has to free herself of the patriarchal system of the police department that has stunted her growth and allowed men to take credit for her detective work. In one way or another, each of the women have to come into their own and they do this by joining together and beating up a lot of men. 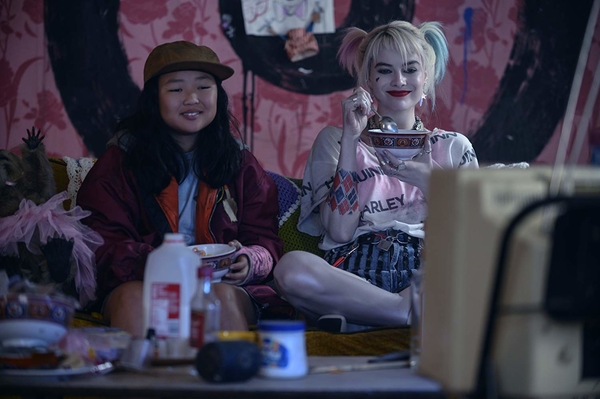 That’s all fine and it’s enjoyable if that’s all that you are looking for when you go to the theaters. It’s loud and colorful and very manic. It’s got some brutal, literal bone-breaking fight scenes that truly show off Margot Robbie’s physical prowess. It’s told through Harley Quinn’s point-of-view, with a narration that betrays the mental state of the narrator so as to present to us its non–linear storytelling (which serves to kill momentum rather than amplify it) and creates a space that allows for its light tone.

There’s no complexity here. Everything is stated aloud and the imagery so in-your-face that there’s no need to dig deeper for any profound statement about toxic relationships or how women are treated in this day and age. It’s blatantly in full-view without guile or flair.

And that would be fine except you have Margot Robbie who is so wonderful and detailed in her portrayal of an intelligent woman who has come untethered. In her performance, we see her walk into the most frightening of situations completely unafraid of the dangers that she is in. Robbie’s Harley Quinn is so mad that nothing fazes her but it doesn’t get in the way of her character’s intelligence; her incredible ways of figuring a person out in a brief moment of clarity. If Robbie can do so much in a script that reads as shallow, what else could she do if they made her truly mad and really go deep into the psychosis of a character like Harley Quinn?

Now that’s a movie that I could really sink into; especially when you have Ewan McGreggor and Chris Messina having a ball playing main villains Roman Sionis and Victor Zsasz, mob bosses with their sights set on all the women mentioned above.

If all you are expecting is to have fun and watch women kick ass, then ‘Birds of Prey: and the Fantabulous Emancipation of One Harley Quinn’ will be worth the price of the cinema and popcorn. But if you’re looking for something that realises the full potential of the character and the medium, maybe it’s best to wait for the next film, which they are sure to have.

Find showtimes for ‘Birds Of Prey (And The Fantabulous Emancipation of One Harley Quinn)’ and book your tickets in advance! 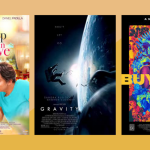 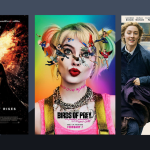