Rebooting popular late 70s television show ‘Fantasy Island’ into a horror film was actually a brilliant move on the part of Blumhouse and director Jeff Wadlow. After all, in this day and age of unrest and instability, aren’t all fantasies problematic because unless they include the well-being of everyone on the planet — and the planet itself — someone else is going to suffer?

This is an actual theme that rises to the foreground in this horror rendition of ‘Fantasy Island.’ Michael Pena plays Mr. Roarke, who runs the magical island. The film begins with the island already in operation and people have heard about the mysterious island’s ability to make your fantasies come true. After the credits and an intriguing cold open, a plane arrives in the island with five winners of a contest for a stay in Fantasy Island. 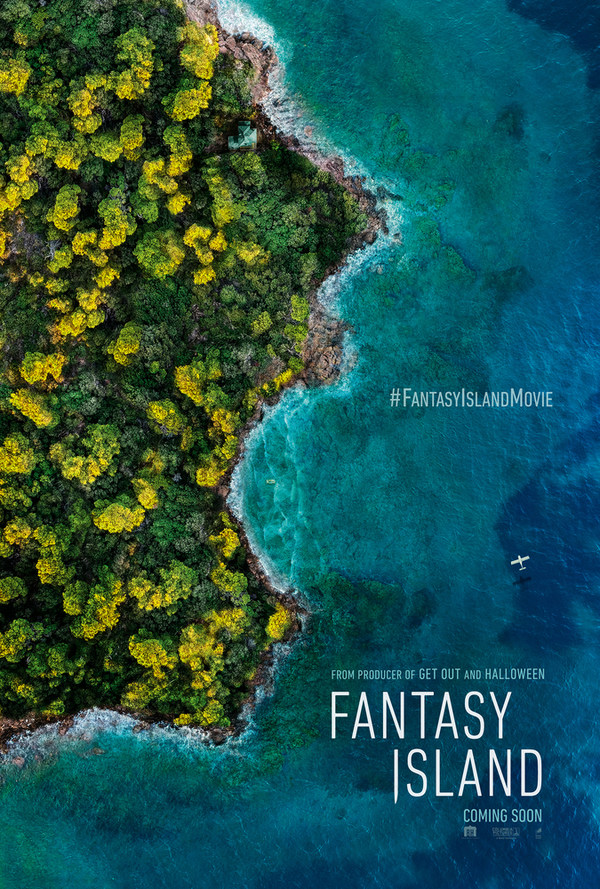 Each of these characters — Gwen (Maggie Q), Patrick (Austin Stowell), Melanie (Lucy Hale), Bradley (Ryan Hansen), and his brother Brax (Jimmy O Yang) — are then taken to their respective fantasies after being given two rules: there is only one fantasy per guest of the island and that they must see their fantasies through to their most natural conclusion.

What then transpires is a chaotic exploration of desire as the fantasies take a different form than what is expected and forces each person to truly reflect on who they are and what they really want.

Except ‘Fantasy Island’ does this in varying degrees of success. With Gwen and Patrick, their exploration of their fantasies is rooted into an emotional core that lends towards supernatural drama with exciting possibilities. 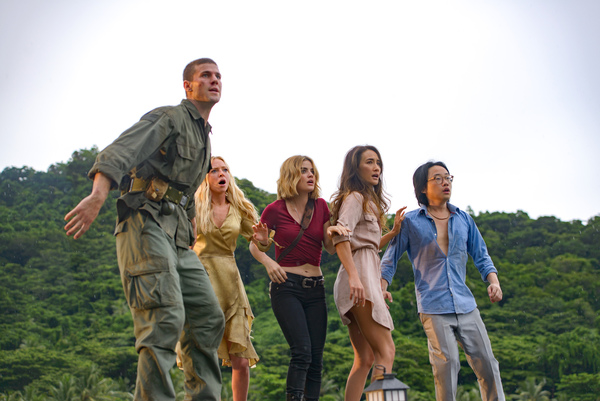 Bradley, as the true guest, gets the fantasy since Brax just tagged along with his brother. And while Bradley’s fantasy is your typical frat-boy party (as seen on the trailer), it alludes to a dramatic narrative that isn’t given as much weight as Gwen’s and Patrick’s. It feels like this fantasy — the first to be presented — is meant to cater to the visual appeal of models in skimpy swimwear and scenes of partying to satisfy the need for skin and flesh to appeal to those who believe that a fantasy is always a shallow one. It’s a shame because there’s a real strong narrative that is underplayed between Bradley and Brax that could have really hit harder, if they weren’t relegated to laughs and eye-candy.

Melanie, on the other hand, feels rightly campy as her revenge fantasy is surprisingly real. She gets to take her vengeance against an old high school bully (Portia Doubleday) and her life convictions are tested when she realises it’s not an actor nor is it a hologram, which she first thought.

That’s one of the things that was enjoyable about the film. The characters are skeptical at first and their choices are based on their disbelief that these fantasies are actually manifested by the island. The characters are truly revealed in the realisation and that’s fun. 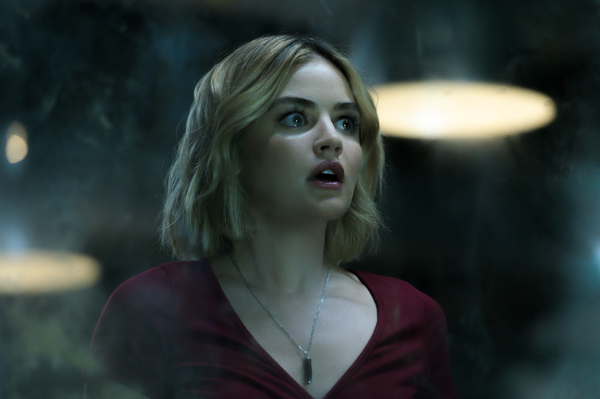 What the film lacks is a tonal conviction that leaves it somewhere in the middle of all its potential. It could have been a serious dramatic horror film (best seen with Gwen and Patrick) or it could have been a fun campy romp (as seen with Melanie and, not as successfully with Bradley and Brax). This lack of a cohesive tone detracts from the overall enjoyment of the film.

Because if it pushed itself completely into one mode, it would be so enjoyable. It has all the elements that it needs to succeed in either mode. But it still attempts to reach some level of depth and it doesn’t hit it because it wants to be campy as well. You can tell from the amount of twists it throws at the very last act of the film. When all these twists are revealed, it begs so many questions regarding the holes in the plot that it could have been ignored had it been completely campy.

The overabundance of special effects and its lack of a cohesive tone takes away for a completely enjoyable time in the cinema and that’s such a shame because there’s so much potential here. It’s a shame because it could have been fun and it says so much about the nature of ourselves and what we desire. I really latched on to that but felt that it didn’t dig into it as much as it could’ve.

Find showtimes for 'Fantasy Island' and book your tickets in advance!

Your Dreams Turn Into Nightmares in Blumhouse's 'Fantasy Island'

Check out the international trailer for the new horror thriller 'Fantasy Island,' coming to local theaters this 2020!
0