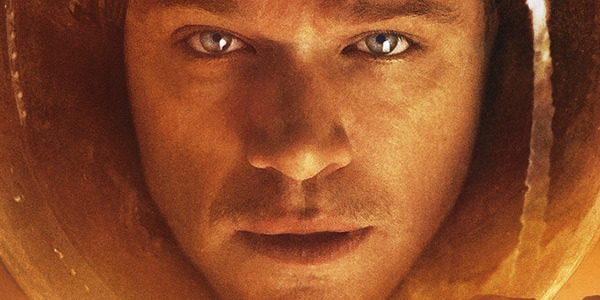 The Martian is a Love Letter to the Best of Humanity

It breaks down a crisis into manageable segments, and celebrates the ability of humanity to solve problems in the face of overwhelming odds. The Martian isn’t really about whether or not a man can survive on Mars, or whether or not people back on Earth can put together a plan to bring him home. The movie never puts the answer in doubt. At every turn, it exhibits the kind of thinking that brought humanity in space in the first place: anything is possible when you put your mind to it. The pleasures of The Martian are all derived from answering the question “how?” It breaks down a crisis into manageable segments, and celebrates the ability of humanity to solve problems in the face of overwhelming odds. It is, in effect, a cinematic high-five to the world.

Botanist Mark Watney (Matt Damon) is one of members of a six-man crew that has landed on Mars. Their mission is cut short when a dust storm threatens to destroy their escape vehicle. Watney gets knocked out in the storm, and is presumed dead while his crew leaves the planet. Miraculously, he survives. Alone on the planet with no real hope of rescue for another four years, Watney sets about the task of finding a way to live that long. And back on Earth, when NASA learns of Watney’s survival, they bring together all their best minds to find a way to keep him alive.

This mainly involves determination, cooperation, and a whole lot of science. This film takes the audience step by step through the journey of Watney’s survival on Mars. He sets about tackling one problem at a time. He needs to find a way to grow food. He needs a way to communicate with Earth. He needs a way to get to a place a thousand miles away. Each problem is broken down into little sub-challenges, and the film is mainly about Watney using his very limited resources to find solutions to these seemingly insurmountable crises.

Back on Earth, there some squabbling and some debate over what must be done, but it never takes over the film. This is a film set in an alternate near-future where NASA is relevant, and the need to solve problems overrides pride, frailty, bureaucracy, and international conflict. This is a film about the very best of us, what we’re capable of when we’re all working together to solve a single problem. It is, in its own way, a utopian vision for the future. It is a pipe dream earnestly related, a wish for a version of humanity that can just get over all of its petty conflicts so we put our heads together and solve every problem this planet’s got.

The amazing thing is that the film manages to make this entertaining. A lot of this has to do with the cast. Matt Damon is just so easy to watch, and the loaded cast makes every moment worth watching. But equal credit must go to Drew Goddard’s script and Ridley Scott’s able direction. The screenplay, despite its length, is light and bouncy. It offers room for levity in the face of the existential peril faced by its characters. And Scott’s direction keeps things moving at a brisk clip. The things Watney does get a little technical and esoteric, but the film is not at all hard to follow. And when the story hits crisis, it all feels appropriately thrilling. Great production design and strong visual effects bring the audience out to Mars.

I don’t know how realistic the science of The Martian is, but I don’t think that really matters. If we were to question the film’s verisimilitude, it’s actually much easier to just point at the scenes set of Earth. This is a much more optimistic view of humanity than is probably warranted, given the state of the world today. And that is exactly what is so beautiful about this film. It is a love letter to the best of humanity, to the spirit that makes the impossible possible. It is a film that believes in all of us, and our ability to hope beyond what’s reasonable.

Jessica Chastain, who’s also considered as one of the most sought after actresses of her generation who gave memorable portrayals in groundbreaking movies such as “Interstellar,” “Zero Dark 30” and “Tree of Life” stars in Ridley Scott’s space adventure “The Martian”

Left alone to survive, Matt Damon takes on the titular moniker in the latest space adventure set in the 2030s “The Martian” where his character Mark Watney got stranded on Mars when he was accidentally left by his team in their haste to abort the mission. Check out the film’s trailer here at ClickTheCity.