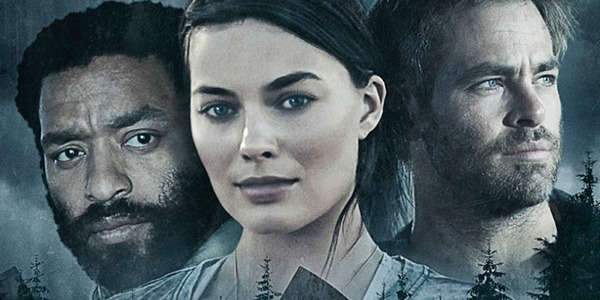 ‘Z for Zachariah’ Takes a Softer Approach than its Source Material

The film does find interesting things to say within these new frameworks, though the story ends up sagging in its final moments. Z for Zachariah is essentially the story of a love triangle, though one set in very extreme circumstances. An unidentified catastrophe had rendered much of civilization irradiated. Ann (Margot Robbie) has managed to survive on her own in a valley that was miraculously left untouched by the radiation. One day, while out hunting, she encounters John Loomis (Chiwetel Ejiofor), the first person she’s seen in a long time. She helps him recover from radiation poisoning, and starts imagining a future with him. Despite their many differences, the two actually grow close. Enter Caleb (Chris Pine), another survivor. Ann and Caleb seem to hit it off, and though she seems loyal to Loomis, he grows jealous of the bond that they share.

The film is based on fairly beloved young adult science fiction novel from the 1970s written by Robert C. O’Brien, but it goes in a very different direction. There was no third party in the novel, for one. And the film ends up taking a much softer approach to depicting the relationships between the last people on Earth. The changes don’t make the movie necessarily better or worse than the book; it is just concerned with different themes. The film does find interesting things to say within these new frameworks, though the story ends up sagging in its final moments.

The drama isn’t particularly overt. This is a pretty quiet film, the interactions between the characters mainly civil and reasonable. Aside from the addition of another character, what most distinguishes the movie from the novel is how low-key its conflicts are. There is tension between Ann and Loomis, but they seem to mostly keep it beneath the surface, understanding that survival takes precedence over their disagreements. These people, after all, are mostly bonded through circumstance. After a lifetime of the freedom to choose one’s partners, it is an interesting dilemma to have no choice at all. Ann and Loomis would probably never have even met each other if it weren’t for the apocalypse. And now, even without having it said, they know that they need to be together.

The film plays this tension out in mannered scenes that revel in awkwardness more than anything else. And then Caleb comes in and lays out all the themes by presenting another option. Here the film’s mannered ways work against it. It feels like it should be more of a powderkeg than it turns out to be. The film still keeps passion at bay, maintaining civility even when it would be much more interesting to see that fall apart. The film’s insistence on this tone leads to a climax that underwhelms, its coyness denying the audience of the full force of its themes.

The film does manage to look pretty great through all of this. Expert lensing makes great use of the locations, giving the movie a real sense of place. The acting is pretty good, too. Margot Robbie is a revelation in this film. The young actress shines given the opportunity to really carry the main emotional component of the picture. Both Chiwetel Ejiofor and Chris Pine convey a lot of backstory and emotion through simple glances. Though it would have been nice to see these actors given a chance to blow up more, they work well enough within the film’s constraints.

Z for Zachariah doesn’t take its premise into the most interesting direction, but there are certainly to its choices. Through its oblique approach to the material, it comes to address certain issues in a fairly intriguing way. In my mind, this doesn’t quite absolve the film of its strange aversion to drama in its last act, but it does give an undeniable sense of purpose beyond the easier conflicts that a love triangle might present. The film doesn’t get to take these ideas to their logical and dramatic extremes, but they’re still there, sparking difficult questions about who we are and of what we’re willing to do at the end of the world.

Seemingly overnight, Margot Robbie has become one of the most sought after actors working today

No stranger to audiences, British actor, Chiwetel Ejiofor was discovered by Hollywood while he was still a student at the London Academy of Music and Dramatic Arts.

Chris Pine: From Captain Kirk in Star Trek to Enigmatic Caleb in “Z for Zachariah”

Completing the Z for Zachariah cast is Chris Pine, who stars as the enigmatic, Caleb.

‘Z for Zachariah’ a Love Triangle In a Post-Apocalyptic Future

In a world devastated by a catastrophic nuclear event, a single idyllic valley remains spared from the radioactive fallout