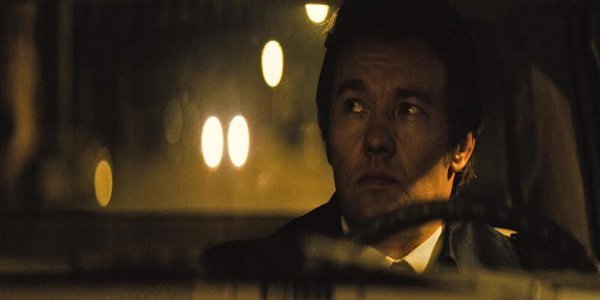 Joel Edgerton Strikes a Deal with the Devil in “Black Mass”

Based on a true story, the film explores how a deal between ruthless gangster Whitey Bulger (Johnny Depp) and FBI Agent John Connolly (Edgerton) enabled Bulger to expand his criminal empire with complete impunity, as Connolly—blinded by his own ambition—shielded him from investigation, ignoring the rising body count.

“I think John saw Whitey as a kind of renegade who had this rock star glow about him in the community,” explains Edgerton. “To him, there was a deeper connection—he knew the rock star and that rock star had treated him well. Once. I believe he went into the FBI with good intentions and had aspirations of being a great lawman. But on his home turf there was a very blurry line between crime and the law, and if the person you admired was on the other side of the law, it could lead to other aspirations. When you look at the seemingly boundless freedom with which criminals operate…I think he started to get a little intoxicated by that.”

Acting opposite Depp, Edgerton says, “What Johnny was able to do with his role—from the inside as well as the outside—was very special. I love working with actors who can make you think, ‘Okay, that’s definitely not him right now,’ and Johnny is certainly one of them. He became Whitey Bulger.”

“Working with Joel was such a joy,” Depp reciprocates, “because you could throw anything at him and he’d knock it back. When you can have that sort of emotional ping pong with another actor and you recognize in them that they’re strong enough to take it, that’s beautiful. There wasn’t one scene Joel and I did together that he didn’t try new things or find a different way to go. He surprised me every time. He’s a great, great actor.” Edgerton researched his part, exploring John Connolly’s motives and where they led him. “John is an FBI agent who just came off a glossy arrest of a top Mafioso in New York and got a hero’s welcome when he came home. Now he sees an opportunity to be the guy who dismantles the Italian Mafia in Boston, and the way he’s going to do that is through his old childhood friend, namely Whitey Bulger. John successfully appeals to him to come on board as a top-echelon FBI informant. That’s where things start to get complicated because the deal he makes is: if Whitey can help the FBI take down the Cosa Nostra, then there will be a certain ‘turn-a-blind-eye’ approach from the Bureau toward any dealings Whitey is involved in…with the exception of murder.”

Connolly has already been seduced by success and the rewards that come with it, so, in his mind, the ends justify whatever means are necessary. Edgerton surmises, “I think John wants to be celebrated and admired by everybody. But unfortunately that takes him to some dark places. John becomes so enmeshed with Jimmy that he doesn’t realize how deep he’s gone, how dangerous the landscape has become, and how irretrievable his conscience is. His whole life becomes dismantled by this obsessive relationship and by this need to be constantly affirmed by a criminal.”

Cooper remarks, “Joel Edgerton had a very difficult part because John Connolly wears many different masks. With his wife he’s one thing; with Billy Bulger he’s another; with Whitey yet another; and, of course, he has a completely different mask when he’s around his FBI colleagues. Joel delivered such a nuanced performance, perfectly capturing Connolly’s bravado and his preening peacock confidence, but also his vulnerability and searing weaknesses, of which he had many. In fact, when the real Fred Wyshak, who had known Connolly for years, came to visit the set, he said Joel was ‘nailing everything about him in every way.’ He’s extraordinary.”

Opening across the Philippines on October 21, “Black Mass” is distributed by Warner Bros. Pictures, a Warner Bros. Entertainment Company.