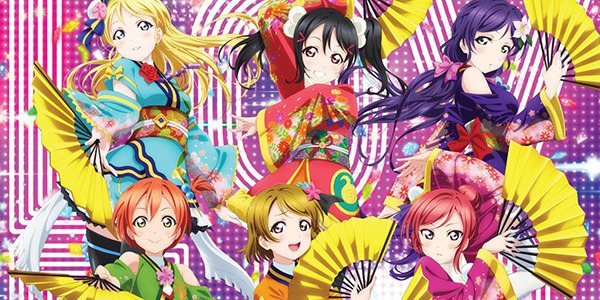 ‘Love Live! The School Idol Movie’ is for Fans Only

his film is ultimately a love letter to being a school idol, and gets across the message that young girls should probably try to become a school idol. Love Live! The School Idol Movie is a film that will confuse anyone coming in without any idea what it’s about. It’s a continuation of the story of the TV series that shares its name. In that series, high school student Honoka, in order to save her school from closing down, forms a “school idol” group with eight other girls and aims to win a newly established competition, the titular Love Live. As the group “µ’s (pronounced “muse”),” these girls perform together on stage, and eventually manage to keep their school solvent. In this film the third-year girls are about to graduate, and Honoka is faced with the possibility of µ’s coming to an end.

The movie’s main conflict essentially boils down to whether or not µ’s should end. Before they actually get to addressing that, the film first sends the girls to New York City, where they are to put on a performance to help promote the third Love Live. They get into all sorts of hijinks along the way, with each of these nine girls dealing differently with being in a foreign land. And then they get back to Japan, where they find that their performance has gone viral, and that they are now celebrities in their home country.

Through all that, the film still doesn’t really form much of a plot. The New York scenes are basically random vignettes of the girls doing tourist-y things, all in the name of supposedly finding a place where they can perform. The segment that has them dealing with celebrity life doesn’t actually provide much in the way of conflict, either. The girls profess to being a little bothered by it, but the film doesn’t go very deep into what can go wrong when you’re a high school girl who’s suddenly thrust in the spotlight.

This seems to be a weird quirk of the property itself, which seems largely averse to real conflict. It is deeply focused on the apparent joys of being a school idol. This film is ultimately a love letter to being a school idol, and gets across the message that young girls should probably try to become a school idol. It is deeply passionate about this subject, and builds a climax around school idols from all around Japan coming together in order to tell the country that school idols are the best. Through it all, there’s no sense of tension or danger or anything else. Because school idols don’t fight with each other, apparently.

And while this doesn’t make for the most riveting cinema, it’s kind of interesting in its own way. It’s kind of fascinating how this property doesn’t feature any male characters, or any trace of romantic subplots that cater to heteronormative tastes. It would be a stretch to call this film subversive, but there is certainly something to its depiction of a world built almost entirely on girls working together and singing instead of pursuing romantic interest. And the animation is pretty good overall. The song sequences are lively and colorful, and offer bursts of imagination not found elsewhere in the film.

Having said all that, Love Live! The School Idol Movie is a fans-only kind of deal. If you aren’t already a fan of the property, there’s little to gain by stepping into it at this point. One already needs to be invested in these characters, who all seem to be meticulously designed to appeal to certain segments of its audience. And it would probably help to have at least some understanding of what a school idol is. Because in this film, being a school idol is absolutely the best thing one can be.