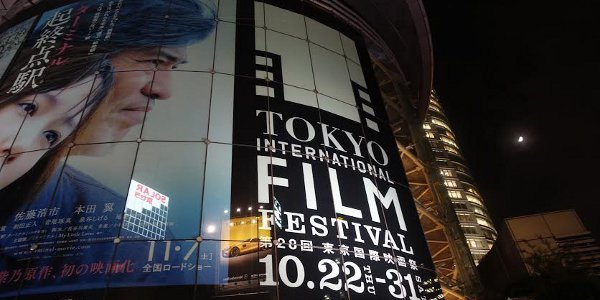 The Tokyo International Film Festival is one of the biggest film festivals in the world, and features a pretty eclectic mix of films.

The Tokyo International Film Festival is one of the biggest film festivals in the world, and features a pretty eclectic mix of films. It’s the kind of festival that might open with a big Hollywood blockbuster like The Walk, but also feature a retrospective of the films of our very own Brillante Mendoza. This year’s edition actually has a whole side section devoted to Filipino cinema. They’re screening five Brillante Mendoza films, along with two of the films from his Sinag Maynila Festival. They’re also showing the restored version of Ishmael Bernal’s Himala, Kidlat Tahimik’s long-in-the-waiting Balikbayan #1, and Paul Soriano’s Kid Kulafu. The little booklet that goes with the special program is pretty interesting. Inside, there is an interview with Ringu director Hideo Nakata, who as it turns out, traveled the Philippines extensively as a student, and worked on a thesis about the golden age of Philippine cinema. The first day of the festival is never really about screening films. There were only really a couple of screenings, apart from the opening film The Walk, which has already been screened in the Philippines. Instead, much of the day was spent on pageantry, with the festival guests walking down the red carpet. This year, they’ve got director Bryan Singer (X-Men, The Usual Suspects) heading up the International Competition jury. Robert Zemeckis was spending Back to the Future day here in Tokyo to introduce his film The Walk. Helen Mirren and Hillary Swank are among the Hollywood presence here in the festival as well. The Filipino contingent here, as you might imagine, is quite large. Brillante Mendoza is of course on hand. Producer Wilson Tieng is here with him. Directors Lawrence Fajardo and Paul Sta. Ana are representing a whole other generation of our cinema. Kidlat Tahimik, father of Asian Independent Cinema, walked the red carpet with his son Kawayan, sporting native gear and pointing a bamboo camera back at the crowd.

Anyway, over the course of the next week or so, we’ll be bringing capsule reviews of the program here in Tokyo, starting right now with Junji Sakamoto’s documentary Joe, Tomorrow. Joichiro Tatsuyoshi was named after the hero of the seminal Manga Tomorrow's Joe, which told the story of a ne'er-do-well who turns his life around through boxing. The remarkable thing about that series was how honest it was about the long-term effects of getting into the ring, the series entering tragic territory in its later chapters. Joe, Tomorrow is a documentary that follows Tatsuyoshi over the course of twenty years of his career. It starts in 1995, with an interview with the fighter just after a series of injuries that cause the Japanese boxing commission to advise suspending his license.

The film catches up with the fighter over the next two decades, as Tatsuyoshi continues to fight in spite of mounting injuries, advancing age, and a career that just isn't going to get any better. And like the Manga, this documentary becomes about what happens to boxers as they age. After a while, the interviews with Tatsuyoshi become noticeably slower, the boxer a little less quick to respond. And when he does, there's a growing slur in his speech.

It's fascinating, if tough to watch. Early on, Tatsuyoshi is asked if he thinks he’ll end up like the hero of Tomorrow’s Joe. He laughs off the idea of ending up a punch drunk old man. The documentary doesn't make any particular stand. It just continues to watch Tatsuyoshi through the years, asking him many of the same questions over and over. It's pretty amazing for a film to stay with a subject for so long, but discomfort grows as it becomes clear that we are witnessing the deteriorating state of a real human being.