Richard Madden who has gained mainstream attention with his notable role in the global hit TV series “Game of Thrones” takes action on the big screen in “Bastille Day” starring alongside award-winning Idris Elba. Michael Mason (Madden) is an American pickpocket living in Paris who finds himself hunted by the CIA when he steals a bag that contains more than just a wallet. Sean Briar (Elba), the field agent on the case, soon realizes that Michael is just a pawn in a much bigger game and is also his best asset to uncover a large-scale conspiracy. “Bastille Day” finds two everyday man and unlikely heroes in present-day scenario when all the world is doing everything at all cost to fight terrorism.  They're thrown into a drama and they are forced to team up and navigate their way through a heinous plot aimed to kill thousands of people. For his part, Madden saw the character of Michael as “a street rat, with not much of a moral compass or sense of responsibility for his actions. He's an American pickpocket in Paris, and he's a bit adrift, but he's got this incredible skill set, he's really wonderful at what he does.  But I think he's not sure who he is and who he wants to be and he's slightly lost in the world and has a certain sense of perhaps self-loathing and but he's really ready to embark on a journey and try to find a different side of himself.” The actors did most of the stunt work, including the fight scenes. Not having to cut between the actors and stuntmen was a way of keeping the film grounded in reality. Stunt coordinator Jimmy O'Dee worked for several weeks with the actors, preparing them for the scene. He would cut the action into manageable parts and then design the choreography of the fight and the actors would train together until they were completely in sync. Madden was just as thrilled to be involved in the action scenes. He started training with the stunt team about six weeks before filming. “They built these 15-foot high obstacle courses which I'd have to run up and over, jumping over things, throwing myself through windows, tumbling down stairs. It was really tough but it prepared me for the chase sequences where I had to scramble over roofs and hang off the edge of buildings. It was important that it didn't look too professional because Michael isn't a base jumper or anything; he's just an ordinary guy, so the rooftop chase is quite scrappy. I wanted him to slip and fall and really scrambling for his life trying to get away.” A more interesting aspect of the training for Madden was learning how to pickpocket. Working with a consultant named, appropriately, Keith the Thief, Madden learned sleight of hands tricks and distraction techniques. “We wanted some of the manoeuvres he pulls to be a bit flamboyant so that it reflects Michael's cockiness at his own ability. Director James was very keen to make sure that that the stealing didn't appear to be like magic, but that it seemed realistic. So if anyone watching the film on DVD pauses and watches it in slow-motion to check it's really me doing it, I did actually do it!”

Another of the main set pieces which required a tremendous amount of preparation was the bomb blast. Production designer Paul Kirby, and his team, built a replica Metro stop into the back of a building located right outside of Paris.  David Kanter adds “Richard worked really hard. He was pulled on a wire, repeatedly, to dramatize the force of the explosion.  Everything had to be timed out right; there's the explosion part which we did in different sizes and is comprised of many different components that convey a truly awful moment.”

Terror Ticks As Another Bomb Threatens To Explode on "Bastille Day" 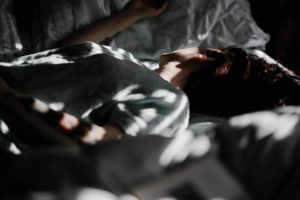