‘Howl’ is Light on Werewolves

The film spends a good long time on a broad setup that introduces the gang of types filling out the passenger list of the train.

Howl begins with Joe (Ed Speleers) getting his request for a promotion rejected. This sets the tone for the rest of his night: he works pretty unhappily as a train conductor, and is on the miserable graveyard shift on a late night train. Things get much worse for him, however, when the train makes an unscheduled stop in the middle of nowhere. And then the driver disappears, leaving Joe and the passengers stranded. It turns out that there are werewolves in the vicinity, and they're intent on biting everyone on board. Joe and the passengers are soon fighting for their lives.

Howl fails on a fairly basic level: it makes the threat seem distant for most of its runtime. It doesn't always feel like these characters are in imminent danger, or that they have to do something in order to improve their situation. The film ends up relying on poor character decisions to make the story roll forward. The reasonable choice for all these characters is to stay put, to barricade all entrances and await rescues. Surely, in a reasonable world, someone has already noticed that an entire train has gone missing. But the film needs the characters to act against their better interests, making it a challenge to root for their ultimate salvation.

The film spends a good long time on a broad setup that introduces the gang of types filling out the passenger list of the train. None of these characters have much personality beyond their function to the mechanical plot. And the writing doesn't really make much out of the superficial differences between these characters. Joe is the most developed role, but there really isn't much there either. His arc involves some vague business about his dreams, but it doesn't really pay off in a satisfying manner.

The threat in the film is a pack of werewolves, but this isn't much of a werewolf story. The film doesn't bother establishing mechanics beyond the lycanthropy being contagious. They could any kind of monster, really. They are fought off with pretty conventional means, and do nothing that feels specific to their mythology. The film is mainly concerned with the aesthetics of the monster. To be completely fair, the werewolf effect isn't bad, and the slow transformation of one of the characters is reasonably well done.

But those effects aren't enough to sustain this movie. The production feels pretty drab overall, the setting itself lacking in distinct personality. The film is stingy when it comes to action, the characters rarely called upon to really defend themselves from the threat. The acting is serviceable, with Ed Speleers making the most out of a pretty unlikable main character. His performance is broad, but so is everything else in this movie. Speleers at least offers a semblance of specificity in his attempt to convey his character's overall dissatisfaction with his plight.

Howl isn't very good to begin with, but it especially suffers screened so close to the South Korean film Train to Busan. That film is also a horror picture set on a train, but it is also a film that keeps moving. And it really thinks about what it wants its monsters to be and what they represent. In comparison, Howl emerges as a half-baked effort at best. It barely even takes advantage of the mythology behind their monster, never bothering to create rules that might make for compelling narrative possibilities. There are glimpses of fun scattered throughout this film, but it never really reaches the potential inherent to its schlocky premise. 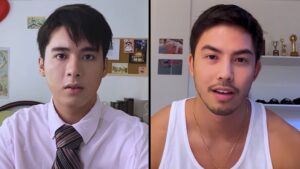