‘Imperium’ is a Compelling Reminder of the Threats Within

Imperium is loosely based on true events. Idealistic FBI agent Nate Foster (Daniel Radcliffe) catches the eye of veteran agent Angela Zamparo (Toni Collette), who has spent most of her career working undercover. She recruits him to infiltrate a gang of white supremacists, who she suspects to be behind the disappearance of six cans of radioactive material. Foster takes on the job, and gets deep into the world of these Neo-Nazi groups. He risks his career and his life pursuing these dangerous and volatile groups, and having to take part in their more unsavory activities.

The film makes a pretty simple point, really. Much of the focus when it comes to terrorism in the United States has been placed on Muslim extremists. The film points the camera inward, and reminds everyone that there is a rich vein of hate still in plain sight in the American heartland. The film takes the audience through a tour of radical racial hate, exploring the different forms it can take through the eyes of the main character. And in doing so, it also functions as a credible thriller. The plot gets a little sketchy at times, but this is mostly a tense, bracingly intelligent film about the banality of evil.

The film exhibits the full gamut of white supremacy in the United States. Foster first hooks up with some small time punks, and then charms his way up the movement. There’s a radio host that riles everyone up. There are the organized militants who build compounds out in the wilderness. And there are seemingly normal folks who throw barbecues while saying some of the vilest things one could ever hear. It is fascinating, horrific stuff, and it is a necessary reminder that there is more than one face to hatred and extremism in this world.

Undercover work is inherently full of tension, and the film gets a lot out off Nate being thrown into situations where doing the right thing might cast suspicion on him. There are plenty of these really torturous scenes where it feels like Nate could be discovered at any time, and these are really funny to watch. But it is in the follow through that this film really shines. One gets a real sense of the effect all this is having on the main character; between the stress of the job and the horror show of humanity that he has to witness, life is just taking its toll.

The plotting gets a little shaky at times. There’s no real timeline to any of this, and for a film that is so good at projecting verisimilitude, it just feels like it is at times running too quickly through a lot of these developments. It’s understandable, though, that the film might want to be more propulsive than a real investigation might be. Daniel Radcliffe is terrific in the lead role. One really gets a sense of who Nate Foster is, even through the layers of disguise and obfuscation. And then there’s Toni Collette, who even as a support character is projecting complexities that add a whole lot to this story.

Imperium makes its point a little too succinctly. That might not sound like a bad thing, but this feels like the kind of concept that could use a little more room to breathe. But overall this is a really compelling project. There is just value inherent to the subject, and the film carries this story out with admirable craft. It is chilling in ways that the best thrillers of recent years have been, like Sicario and the like. It understands that there is possibly nothing more terrifying than the simple truth of this complicated world, where even the kindest face may conceal a rotten soul. 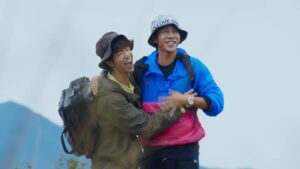 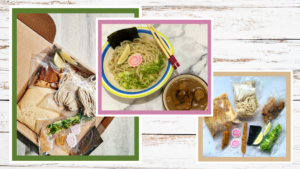