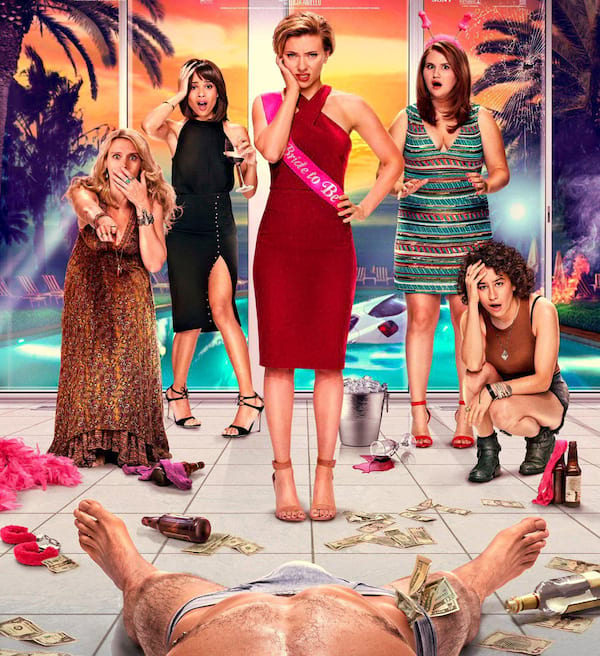 Scarlett Johansson, Kate McKinnon, Jillian Bell, Ilana Glazer, and Zoë Kravitz, Rough Night is about five friends from college who reunite when they rent a beach house in Miami for a wild bachelorette weekend that goes completely off the rails. Just when all hope is lost, they realize there’s more to the story than they could’ve ever imagined. 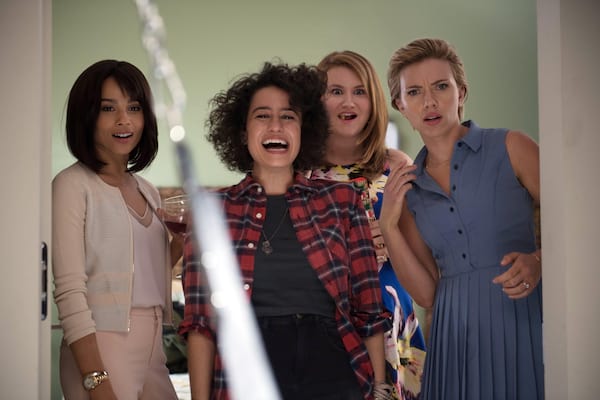 The director, co-writer, and a producer of the film, Lucia Aniello, says she was reflecting on how the formative friendships of her life had changed over time, and that inspired the film. “It’s based on so many relationships that I have had, the feelings that I have with certain people from my past,” she explains. “It’s about figuring out how your past fits into your present and your future.” 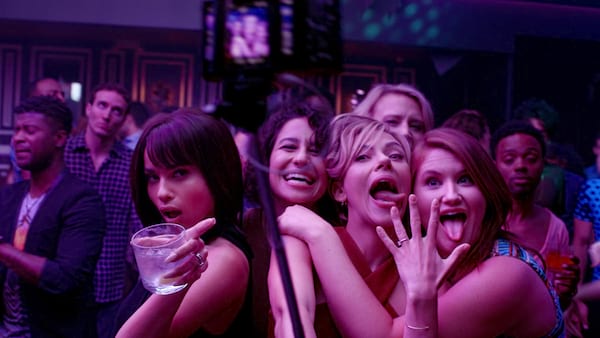 Producer Matt Tolmach responded equally to the underlying themes as well as the hilarious comedy that Aniello and her longtime co-writer, Paul W. Downs, brought to the fore of their screenplay. “First and foremost, the movie is hilarious,” he says. “The characters are so funny; the voices are so authentic. They created this insane movie about a group of women who go on a bachelorette party weekend and accidentally kill a guy – but it’s actually all about their friendships. It’s what Paul and Lucia do as writers – crazy hard comedy that’s completely grounded.”

“The thing that makes Lucia and Paul’s comedy break through to me is that the characters are completely recognizable,” says producer Dave Becky. “We all know these girls – the planner, who might be a little too needy, or the one who would seem to have it all figured out but you don’t know what she’s not telling you. They love all of these characters, and because they love and know them so well, we can all laugh at the comedy in their idiosyncrasies.”

In fact, Rough Night is the first big-studio R-rated comedy to be directed by a woman in nearly 20 years, meaning that Rough Night has a completely unique perspective. “I think it’s obvious that there’s been a dearth of stories told from the perspective of women, especially in the comedy world,” says Aniello. “Nothing against the R-rated comedies directed by men – but it does feel like the authenticity of a woman’s point of view can only make the female characters feel that much more authentic.”

“Lucia is a comedic genius,” says Tolmach. “The thing that sets her apart is that all of her comedy is grounded emotionally – even in the most absurd comedy short or episode of ‘Broad City,’ everything she does has an emotional truth to it. Because of that, she knows her characters so well and has a clarity and confidence about the story in a way that’s extraordinary, given that this is her first movie.”

“I definitely wanted to make a movie that makes you want to grab your girlfriends and go to the theater and laugh together, but I also wanted to make it the kind of movie that if you bring your boyfriend or husband or guy friends that they can enjoy just as much,” says Aniello. “Its job first and foremost is to be funny, but it was also important to me that it explored friendships and I absolutely hope that it makes the audience think a little bit more about the people in their lives, maybe people from their past that they’re not as close with anymore, and seeing the movie makes them want to re-connect. Rough Night is more about those friendships — the people who would do anything for you — than it is about a dead body.”

The first trailer from Columbia Pictures' new comedy Rough Night, starring Scarlett Johansson, has arrived online and may be viewed here at ClickTheCity.