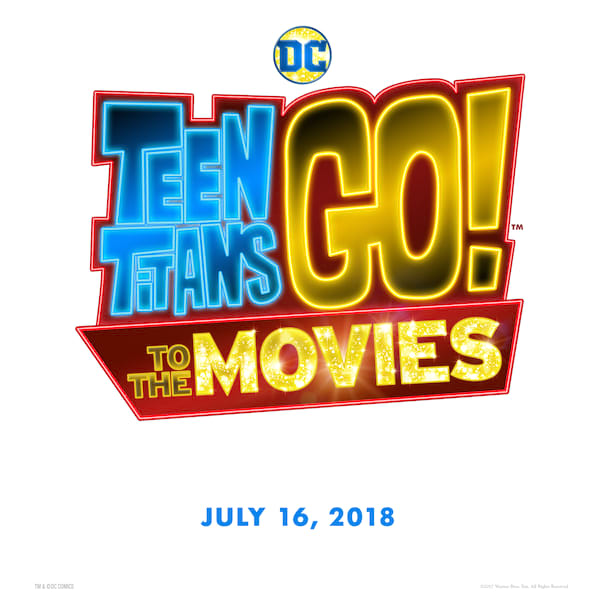 The animated feature will also star Greg Cipes (TV’s “Teenage Mutant Ninja Turtles”) as Beast Boy, Scott Menville (TV’s “Spider-Man”) as Robin, Khary Payton (“The Walking Dead”) as Cyborg, Tara Strong (the “My Little Pony” franchise) as Raven, and Hynden Walch (TV’s “Adventure Time with Finn & Jake”) as Starfire. In the film, they reprise their roles from the Cartoon Network series, which follows the crimefighting adventures and antics of the young Super Hero roommates.

The film will be directed by Aaron Horvath and Peter Rida Michail, from a screenplay by Michael Jelenic and Horvath, based on characters from DC. Michail, Will Arnett and Peggy Regan are producing, with Sam Register, Jelenic and Horvath serving as executive producers. Apart from Arnett, all are “Teen Titans GO!” series contributors.

No stranger to voice acting or superheroes, Arnett played the title role in this year’s hit animated Super Hero feature “The LEGO Batman Movie,” after creating the character in the wildly popular “The LEGO Movie.” He also voices the lead in the fan favorite Netflix series “BoJack Horseman.”

Bell starred as the voice of Anna in one of the most successful animated films of all time, “Frozen,” and has since lent her voice to the hit “Zootopia.” She can also be heard alongside Arnett in an episode of “BoJack Horseman.”

Filipino Animators Celebrated for Work on 'Teen Titans GO! to the Movies'

Superhero Films Gets Skewered When "Teen Titans Go! TO The Movies"

When the Teen Titans go to the big screen, they go big!  “Teen Titans GO! to the Movies” finds our egocentric Super Heroes in their first feature film extravaganza.

Go Inside the Making of "Teen Titans GO! to the Movies" in New Featurette

Get a glimpse of movie-making magic with the cast of  “Teen Titans GO! to the Movies” in the new featurette from Warner Animation Group.

"Teen Titans" Get Their Own Posters as They "Go! to the Movies"

More Shenanigans in the New Trailer of "Teen Titans GO! to the Movies"

When the Teen Titans go to the big screen, they go big! Watch the official teaser trailer for “Teen Titans GO! to the Movies” that's just been released by Warner Bros. Pictures, here at ClickTheCity.