Jumanji, Then and Now: Five Reasons We’re Loving The Comeback!

"A game for those who seek to find a way to leave their world behind."

For the kids of the '90s, Jumanji has remained a cult classic, the movie giving viewers big adventure in the most unexpected ways ever since the vintage board game was dusted off and the dice were rolled. Fast forward to over two decades later and now we're soon going to see how the adventure continues in Jumanji: Welcome To The Jungle!

Whether you're already a fan of the 1995 film, love game-themed movies, or simply enjoy a great action-comedy adventure in the big screen, we bet you'll be onboard with the brand new adventure this current Jumanji film has in store for us and be just as excited as us! 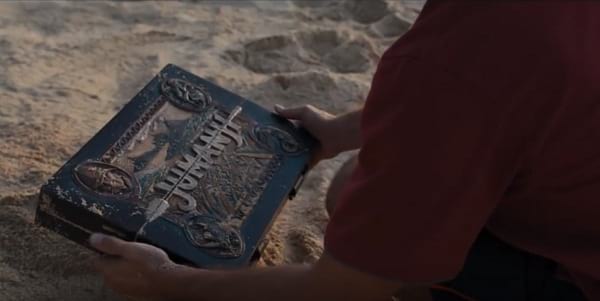 Here are some of the reasons why we cannot wait for Jumanji: Welcome To The Jungle to open in cinemas soon!

1. Jumanji is returning as a video game 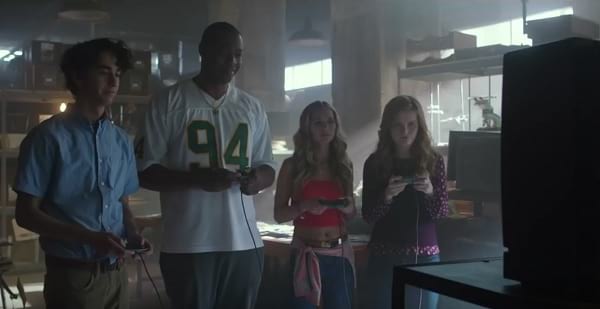 If in 1995 the cult classic unleashed larger than life adventures when a board game comes to life, in Welcome To The Jungle we'll see the transformation of the board game into a video game as the new film reimagines and modernizes the material. The four teenager players this time around get sucked into the Jumanji video game in the bodies of their avatars — and in their new personas, each player is uniquely qualified for specific tasks while also hindered by their avatars' weaknesses that can slow down their progress.

2. It is bringing together Hollywood's funniest men

Put together an amazing cast of Hollywood's finest and funniest and you are for sure to have a good rollicking adventure. Among the main cast of characters in Welcome To The Jungle are Dwayne Johnson (as archeologist and international explorer, Dr. Smolder Bravestone), Jack Black (as cartography, archeology, and paleontology expert Dr. Shelly Oberon), and Kevin Hart (as Franklin “Moose” Finbar – an expert in zoology and a weapons valet). “The spirit of Jumanji flows through this continuation of the story,” says Dwayne Johnson. For the actor/executive producer and so many of his generation, the original Jumanji film captured a spirit of imagination that became the spine of the new film. “We wanted to bring that spirit of wonderment, of overcoming fears and discovering who you are – it’s all woven through Jumanji: Welcome to the Jungle. Every once in a while, a movie comes down the road that you just know in your gut, has a special quality to it.” All three actors portray avatars of the players inside the Jumanji video game, and are also completely different personalities to the players who are 'inside' of them — we can't wait to see Jack Black channel his inner teenage girl as Bethany chose Shelly, not realizing the name is short for Sheldon!

3. It's now set in a jungle with all-new creatures wreaking havoc 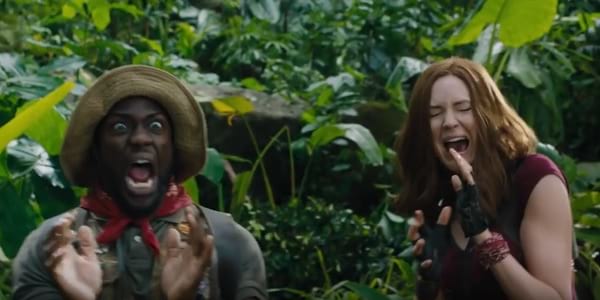 While the 1995 film was primarily set in a town in New Hampshire, the new story continues with Jumanji drawing all the players inside a video game and transporting them into a jungle. To achieve the wilderness setting, the cast and crew flew to Oahu, Hawaii, for authentic jungle locales. “We all have tremendous love and reverence for the original movie – I’ve always been a huge fan of Robin Williams and his performance and that movie meant a lot to me and my family at that time,” Dwayne Johnson says. “So, while the jungle came into our world in the original Jumanji, we go into Jumanji in this film.” And in this jungle, all sorts of creatures great and small lurk in the Jumanji world, from rhinos to crocs and all sorts of animals out to challenge the players.

Looks like Jumanji's big-game hunter is still out to hunt the players! Continuing Jumanji's famous game enemy as Van Pelt is Bobby Cannavale, and in the film, Van Pelt sets a plan to keep the heroes in Jumanji forever. Helping him in this villainous deed are his henchmen and the jungle animals that have fallen under his evil spell. If in the first film they all manage to escape from his clutches, will the new players in the upcoming movie suffer a different kind of fate, now that the rules have completely changed?

5. The early reviews are in and it's getting all the love! 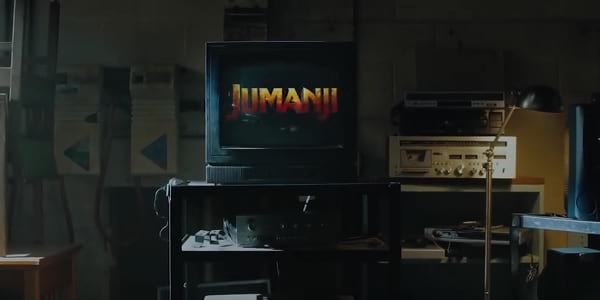 In fact, Jumanji: Welcome To The Jungle is getting a lot of positive feedback that's even quite better than the first film — how's that to make you even more excited? Maybe the decades-long wait to reimagine the game and bring it back to life in an even bigger action-adventure film served the material right.

#JUMANJI: Welcome To The Jungle reviews are rolling in! Currently it's #Fresh at 82% on the #Tomatometer, with 22 reviews: https://t.co/7BzFnr0AQr pic.twitter.com/kb6GIZjXL9

'Jumanji: Welcome to the Jungle' Review: One of the Most Purely Fun Movies of 2017 https://t.co/fqcvOgRxuI pic.twitter.com/BiY9bxzKhM