Play for Fun, Action, Adventure in the All-New “Jumanji”

In the brand new adventure Jumanji: Welcome to the Jungle, starring an all-star cast – Dwayne Johnson, Jack Black, Kevin Hart, and Karen Gillan – four unlikely friends get sucked into the perilous world of Jumanji, and are transformed into avatars with unique skills. They’ll have to go on the most dangerous adventure of their lives, or they’ll be stuck in Jumanji forever…

(Watch the new TV spots of Jumanji: Welcome to the Jungle.)

Producer Matt Tolmach is a longtime fan of the original film Jumanji starring the late Robin Williams and of Chris Van Allsburg’s children’s fantasy book that inspired the franchise. Upon looking at the 1995 feature with fresh eyes, he says, “I immediately felt there were more Jumanji stories to be told. My first thought was, ‘What’s the next chapter in that story? What’s the next Jumanji adventure?’ It was a natural step to continue what began over 20 years ago.” 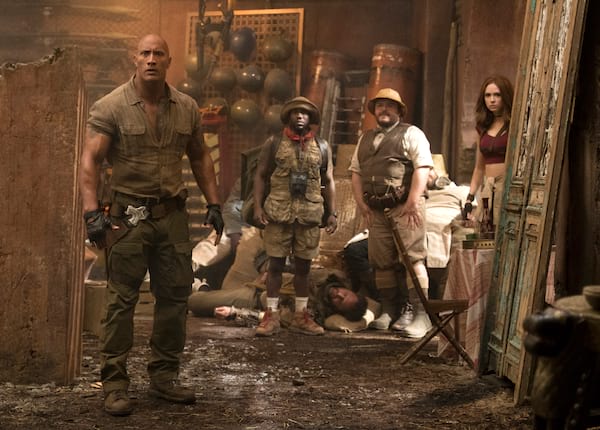 Tolmach and writer Chris McKenna saw a new direction for Jumanji: they would turn the concept on its head. Rather than bringing the jungle into our world, Jumanji: Welcome to the Jungle would bring the players into the jungle – and not just that. “The game evolves, from a board game to a video game – the game will do what it has to do to be played,” Tolmach explains. “And video games are a perfect fit for the world of Jumanji: you get to leave your world behind as you become someone else – an adventurer, a doctor, a hero. This would be a great way to explore classic timeless themes – being yourself and embracing who you are while also challenging yourself to do things you never thought were possible. They have to go and be somebody that seems completely different from who they think they are – except maybe they’re not so different after all. It’s not a coincidence that you became this character who is seemingly so different than you are – you just need to go on this journey to figure out what you are capable of. You always had it inside you.” 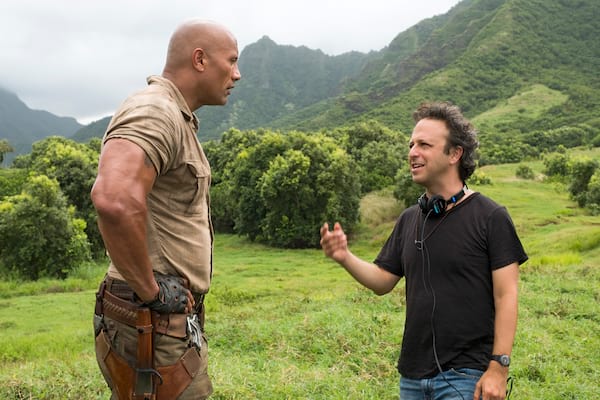 “Our lead characters are actually teenagers who are played by adult actors,” says director Jake Kasdan. Tolmach had previously worked with Kasdan on several films and thought he’d be the perfect choice to direct. “This is a time of self-discovery for them, but it plays out in this fantastical context. So, as they are figuring out who they are in real life, they suddenly find themselves occupying other people’s bodies in this game – people who, on the surface, are nothing like them. I thought that was a really funny idea, but also really interesting. What would you discover about yourself, if you could spend a day in somebody else’s body?”

Still, the movie is a comedy with plenty of kickass action. “We wanted to build a classic action adventure movie with really high stakes,” concludes Tolmach. “The stakes are very real; you can die in Jumanji. We knew there would be tons of comedy in the movie, but we wanted it layered within action that was visceral and exciting.”