The new animated film and Golden Globe nominee for Best Animation and Original Song, “Ferdinand,” tells the charming story of a bull who prefers flowers to fighting.

The new animated film and Golden Globe nominee for Best Animation and Original Song, “Ferdinand,” tells the charming story of a bull who prefers flowers to fighting. John Cena stars as the voice of the titular character, a peace-loving animal with no desire to fight, like the rest of the herd, which makes him an outsider at the ranch where he is raised. 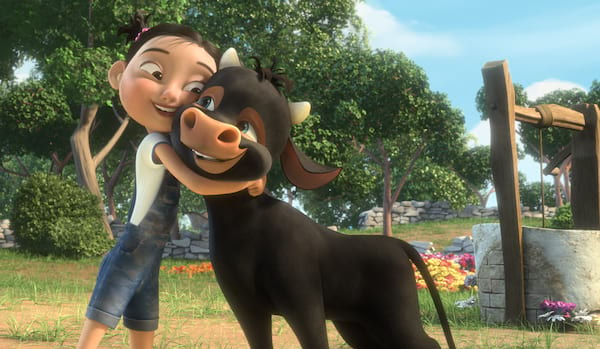 Set in Spain, the story follows Ferdinand as he embarks on a journey to find love and acceptance. Facing danger and making close friends along the way, he always stays true to himself. Also starringSaturday Night Live’s Kate McKinnon as the hilarious voice of Lupe the goat, it’s a delightful, action-packed tale about individuality, friendship and the courage to be who you are. From the award-winning Blue Sky Studios, the film was directed by Carlos Saldanha and is based on the classic 1936 children’s book by author Munro Leaf and illustrator Robert Lawson.

From the start, it’s clear that Ferdinand has little in common with the other bulls on the ranch. Like Ferdinand’s own father, the animals all have the same goal: to become fighting bulls. But the hero of FERDINAND has other ideas. “He realizes early on in his life that unlike the rest of the group, he doesn’t want to fight, so he is ostracized,” says John Cena who stars as the voice of the warm-hearted bull. “They say, ‘man, this is what bulls do,’ and Ferdinand says, ‘well fighting is cool for you guys, it’s just not for me.’”

“They won me over as soon as they showed me a few clips in the theater,” recalls Cena. “Carlos was up at the podium, trying to pitch me on this project, and I told him, ‘Dude, just stop…I’m in. When do we do this!?’ From there on, it’s been such a joy to work with him. We worked so well together, and the quality of animation that Blue Sky produces is simply amazing.” 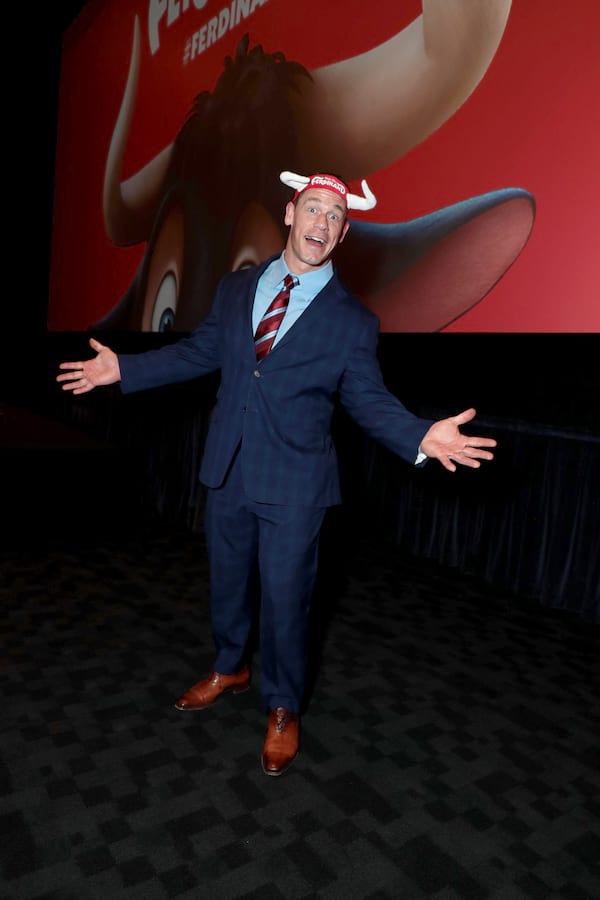 The WWE superstar, who has also made a big impression as a great comic actor in films such as Daddy’s Home and Trainwreck is a huge fan of the film’s remarkable animation. “It’s so vibrant, colorful, and just explosive with energy,” he says. “But at the same time, it’s both wild and realistic.  You can really understand the animals’ unique personalities: Ferdinand is definitely a bull, but you can see his endearing qualities in the way he is designed. You can see Valiente’s [The alpha at Casa del Toro] arrogance in the animation, and Lupe [Ferdinand’s goat friend], well, she is just indescribable. The human characters are remarkable too, from the realistic nature of the people at a flower festival to the frailty of the old lady in the china shop.”

“Ferdinand is a very big, strong, kind-hearted and happy bull who finds himself in an arena of people where he needs to fight for his life,” continues Cena. “The audience finally sees his approach to life and appreciates that and rewards him for it. That’s my life, so that’s me! I am Ferdinand!”

Many of the film’s messages struck a chord with the actor: “You get to see Ferdinand search for his perfect life, and struggle at times. So, for a guy who preaches ‘never give up’ all the time, it’s truly a story about knowing what you want out of life and believing that there’s something more out there when you get stuck. But it doesn’t come without hard work. The whole message of being true to who you are really resonated a lot with me.”

“Ferdinand” opens January 8 in cinemas from 20th Century Fox to be distributed by Warner Bros.

Set in Spain, the delightful movie “Ferdinand” tells the remarkable story of a gentle bull, voiced by John Cena, a gentle giant who prefers flowers to fighting and has no desire to face off against matadors in the bullring.

"Ferdinand": The Inspiring Bull That Isn't A Bully

Wrestling superstar John Cena lends voice to the gentlest bull that will soon capture everyone’s hearts on January 8 in “Ferdinand” – a giant bull who prefers flowers to fighting.

WWE superstar John Cena takes on the form of a friendly bull in Blue Sky Studios’ “Ferdinand.” Watch the trailer here at ClickTheCity.