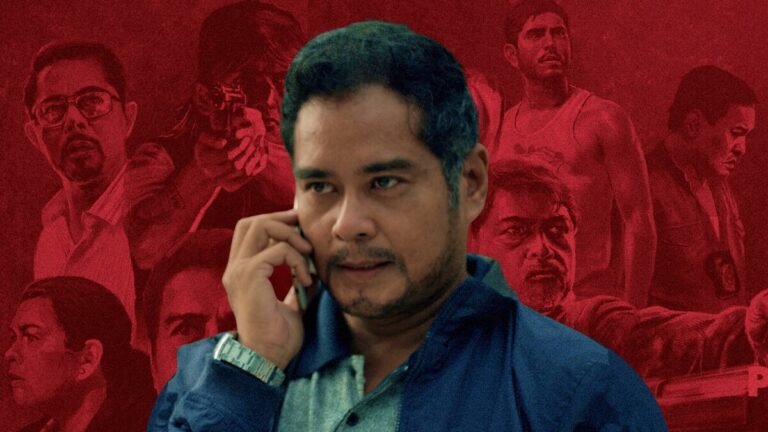 Here are more films that will give you a glimpse of the country's criminal underbelly.

Director Erik Matti’s newest crime thriller film, On The Job: The Missing 8, just bagged an award and acclaim after its recent run at the 78th Venice Film Festival. John Arcilla was awarded the Volpi Cup for Best Actor with director Erik Matti receiving it on behalf of the actor, while Dennis Trillo also took to Instagram his encounter with the big names of the industry including director Bong Joon-Ho who praised him for his role in the film.

On The Job: The Missing 8 is the sequel to Matti’s On The Job film in 2013. Like its predecessor, The Missing 8 involves jail inmates who are secretly released to become guns-for-hire. The film follows Sisoy Salas, a corrupt journalist who is a staunch supporter of the oppressive leadership in the town of La Paz. When his best friend and seven more people go missing, Sisoy finds himself on a moral crossroad and decides to seek justice for his comrades.

The sequel will now be part of a six-episode HBO Asia Original Series, which includes an extended version of the first film. The first three episodes have been released on HBO GO last September 12, with new episodes rolling out every Saturday.

If Erik Matti’s new film (or series) got you hooked on the crime thrillers that are inspired by the country’s political and criminal landscapes, then there are more local films you definitely need to see! Here’s a roundup of such films that will keep you on the edge of your seats, and maybe give you a glimpse of the country’s gritty criminal underworld.

This other film by director Erik Matti is an action-packed thriller based on the government’s war on drugs. It follows the PDEA agent Nina, and her squad in their mission to capture a bigtime drug lord in a slums area in the heart of Manila. But their drug raid becomes a fight for survival when they find themselves trapped in the slums surrounded by violent drug gangs and the families of the drug war’s victims who are seeking revenge.

Mikhail Red’s mystery-thriller Birdshot also stars John Arcilla alongside Arnold Reyes and Mary Joy Apostol. It tells the intertwining stories of Maya, a young girl who accidentally kills an endangered Philippine Eagle and has to face its consequences; and the idealistic rookie cop Domingo, who discovers how the corrupt system works as he investigates a missing persons case with his veteran partner Mendoza.

Another Mikhail Red title, Dead Kids has the plot of a revenge film sprinkled with commentary on social struggles and power tripping. It centers on the awkward scholar Mark and his three schoolmates– Gideon, Paolo, and Charles– from the higher rung of the social class ladder. Plotting their revenge against the school bully, Chuck, the three drags Mark into a kidnap-for-ransom scheme.

Jean Garcia is a ruthless assassin in this award-winning film from director Tyrone Acierto. Garcia plays Luciana, who was hired by a crime kingpin to kill a gold panner in order to steal a priceless diamond the man has found. During her mission, however, Luciana discovers a preadolescent girl who was held captive by her target, and despite her violent ways, a strange bond forms between the hired killer and her newfound ward.

Director Raya Martin’s crime thriller based on F.H. Batacan’s novel of the same name pits two Jesuit priests against a serial killer. Priests Gus Saenz and Jerome Lucero are also forensic investigators who decided to solve a string of murders in Payatas when the National Bureau of Investigations seemed inefficient. As the film follows their search for the culprit, it also bares the systematic corruption in the government, the church, and the elites.

Watch Smaller and Smaller Circles for free on YouTube

Adolfo Alix Jr.’s 2018 film Madilim Ang Gabi is another movie that was inspired by the government’s crackdown on illegal drug peddlers. It tells the story of the couple Sara and Lando who are trying to get out of the meth business under the controversial campaign against illegal drugs. But before they could do so, their son suddenly disappears, compelling them to comb the dangerous streets of the city to search for him.

Neomanila is Mikhail Red’s cinematic commentary on the war on drugs. The film follows the young orphan Toto who becomes a target of assassination because of his brother Kiko, a leader of a drug gang. During an attempt on his life, Toto is saved by the hitwoman Irma, who trains him to be another gun-for-hire for the corrupt police officer she calls Sarge.

Director Brillante Mendoza’s Ma’ Rosa also received international recognition when Jaclyn Jose won the Best Actress award at the Cannes Film Festival in 2016. The dark drama film sees the actress as a mother of four who had been arrested with her husband due to their ties to the illegal drug trade. Left on their own, Ma’ Rosa’s four children must find a way to buy their parents’ freedom from corrupt cops.

Shugo Praico’s Bagman is not a film, but the series is worth mentioning for those who are seeking local titles under the crime thriller genre. It stars Arjo Atayde as Benjo, once a law-abiding barber who becomes part of the criminal underworld of his province when the governor hires him as a bagman– a wingman who does errands that involve illegal transactions and dirty politicking. The show follows Benjo’s attempt to get himself out of the corrupt system to ensure a safe future for his family.