A frustrated mother rents “Three Billboards Outside Ebbing, Missouri” as her teenage daughter’s murder stands unsolved.  The arresting messages on the billboards Mildred put up that read “Raped While Dying, And Still No Arrests? and How Come Chief Willoughby?” resulted in division, anger and moral reckoning among the townsfolk. 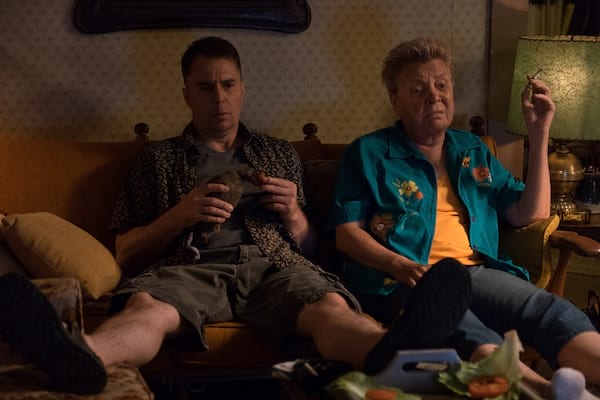 It all begins with Mildred Hayes (Frances McDormand) and the three billboards she rents on Drinkwater Road.  Caught in the crossfire between Mildred and Chief Willoughby (Harrelson) is the chief’s right hand man, Officer James Dixon, played by Sam Rockwell, whose role had won him this year’s Best Supporting Actor Award at the Golden Globes, Screen Actors’ Guild, Critics’ Choice and from the Australian Academy of Cinema and Television Arts.   Rockwell is also nominated for Best Supporting Actor category in this year’s highly-anticipated Academy Awards. 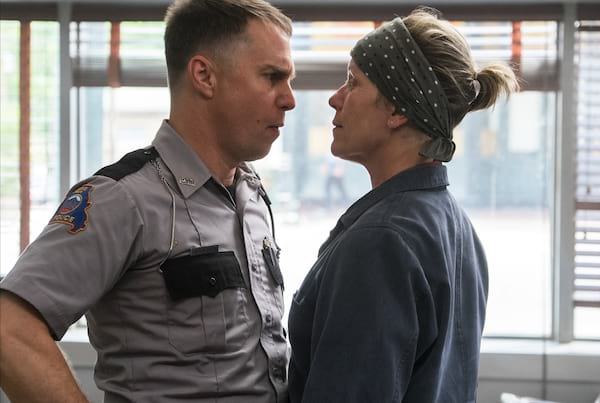 Dixon is an officer whose potential is self-sabotaged by intolerance and a wildly erratic temper, usurping the chief’s authority and order. Ultimately, as Dixon’s curiously co-dependent home life is revealed, the source of his psychic angst comes clear.   “He still lives with his mom and he’s a bit stunted, unable to just break free and finally become an adult,” Rockwell explains.  “He has an extremely dysfunctional relationship with his mom, which makes for quite a bit of trauma and then he takes that out on other people.” 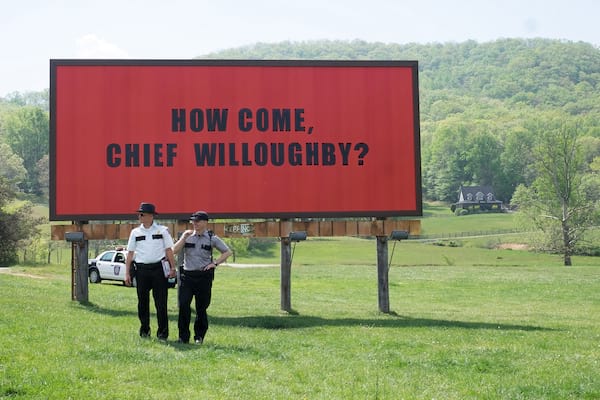 “I think we all can relate a bit to his anger and his sadness,” Rockwell goes on, “and also I think to his hero worship of Chief Willoughby.  I think a lot of us have felt that kind of reverence for someone and yearned for their approval.”

The film is, says McDonagh, the most tragic he has written so far yet it is also a search for hope. “I think that this film, probably is more universal for people it might hit more hearts and minds in a way, it might reach more people because I think the film, appeals to a lot of – there's a lot of things going on in the film, that I think appeals to people and so you know I think he's amazing and he keeps getting more amazing. I don't know, it's just he's so out there, I mean he's got crazy ideas, it's crazy stuff,” says Rockwell of the film and director McDonagh.