British actor Domhnall Gleeson stars as the fussy landlord Thomas McGregor in Sony Pictures Animation's Peter Rabbit, the new family comedy which brings all of the audience-favorite Beatrix Potter characters to the screen in a brand-new, modern adventure.

In the film, Thomas McGregor has risen through the ranks of London’s famed department store Harrods, working diligently – some might say obsessively – towards the post of Associate General Manager, only to find that the position has gone to a man who doesn't deserve it. When he inherits the McGregor manor (and its attached vegetable garden), Thomas sees a chance to sell it in order to finance his own toy shop. 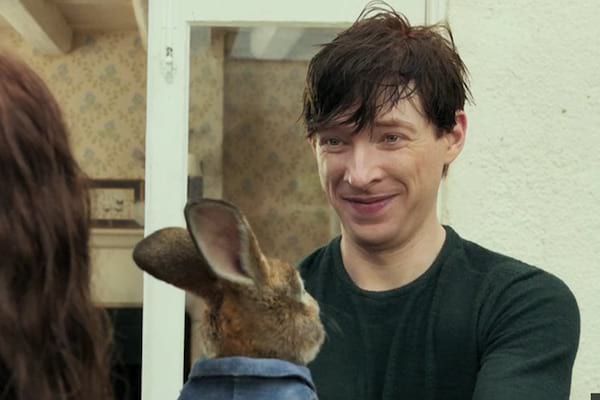 A man who wants everything neat, tidy, and in its place, Thomas is about to meet his match in Peter Rabbit.

“What’s the worst place you could put someone like Thomas? In a dirty garden with little rabbits trying to mess it up,” says director Will Gluck. “He’s driven to distraction.” 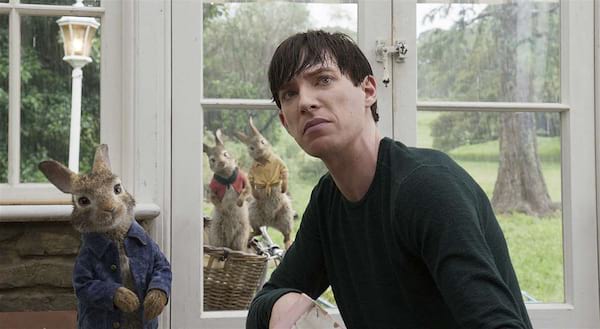 “He's a little bit uptight, and gets fired through no fault of his own,” Gluck adds. “And then he meets somebody who changes his life.”

Two somebodies, actually – there’s Bea, the sweet and generous next-door neighbor who sees something in Thomas, and then there’s Peter, the rabbit who turns his garden (and his life) upside down. 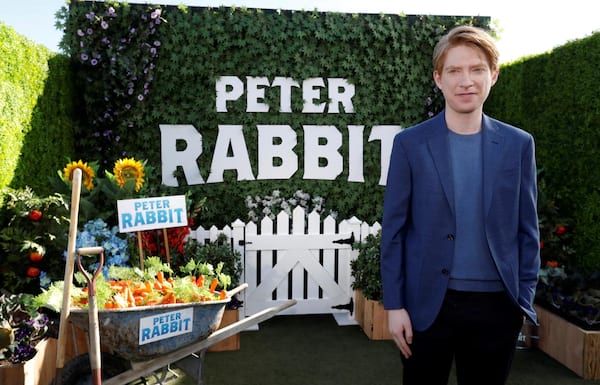 In fact, at the beginning of the film, Thomas’ motivation is centered around revenge. “He has been swearing to himself that he would find a way to get back at Harrods,” notes Gluck. “When he finds out he’s inherited the manor, he sees it only as an opportunity to fix it up and sell it, to make enough money to start his own toy shop.” It’s no surprise that when Peter begins to make a mess of the garden, he similarly begins a vendetta – no matter how crazy that is.

And McGregor’s feud with Peter starts with vegetables, but it’s taken to the next level as they rival for Bea’s affections. “It’s a really tricky balance to have a villain who becomes a love interest,” says executive producer Jodi Hildebrand. “Domhnall was perfect for this part because he can do it all – he gets huge laughs out of this tightly wound character… then turn into an Irish Buster Keaton with big physical comedy… then melts like a puppy in Bea’s arms. He can truly do it all.”

“Thomas and Bea are very different people,” says Gleeson. “She's kind and caring, and sees that he's strange but doesn't treat him badly for it. Any other woman he's shown interest in has been immediately put off by his uptightness. Bea seems to find it funny and sweet, and she's relaxed enough for the two of them. He tells her that he likes her art, and that means something to her.”

Gleeson says that Gluck’s approach to the comedy of the part was what attracted him to the role. “We operated on the principle that it needed to work for everybody, but we never said, ‘We’d better do this because it's a kids' film’ or ‘We’d better add a joke in here for the adults,’” he notes. “Will approached the film with the perspective that funny is funny, and funny will be funny for people of every age.”

In Peter Rabbit™, the mischievous and adventurous hero who has captivated generations of readers now takes on the starring role of his own contemporary comedy. In the film, Peter’s feud with Mr. Thomas McGregor escalates to greater heights than ever before as their fight to gain control of McGregor’s coveted vegetable garden and the affections of the warm-hearted animal lover who lives next door (Rose Byrne) extends to the Lake District and London.