“Three Billboards Outside Ebbing, Missouri” is a Must-See Film

A last stand erupts in director Martin McDonagh’s trip into small town America in “Three Billboards Outside Ebbing, Missouri,” as a mother is pushed to the edge by her daughter’s unsolved murder.  The film is the third from Martin McDonagh, the Irish playwright, screenwriter and director known for the hit thriller “In Bruges,” with its Oscar® nominated and BAFTA winning Screenplay, and the crime comedy “Seven Psychopaths.” 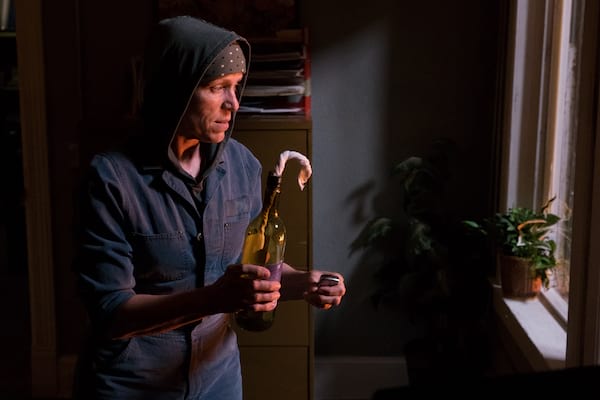 At the core of the movie is Mildred’s conflict with Ebbing’s Chief of Police.  “The story is a war between two people who are both to some degree in the right,” McDonagh notes, “and that’s where so much of the tension and drama arises.”  Those tensions become the exploration for what happens when rage can’t be calmed.  As the tension mounts, the film delves into themes of division, anger and moral reckoning.

Playing Mildred Hayes, who sets the events of Three Billboards Outside Ebbing, Missouri in motion, is Frances McDormand.  McDormand made her film debut in the Coen Brothers’ noir classic BLOOD SIMPLE and has gone on to a career that includes garnering the Triple Crown of Tony, Emmy and Oscar® awards.  With the character, McDormand explored a tradition long reserved for men:  the lone hero who defiantly stands off against a town.

McDormand made the force of Mildred’s grief central to her performance.  “Mildred is really not a hero,” McDormand points out.  “She’s a much more complicated person than that.  She’s been left by grief in a no man’s land, in a place of no return.  One of the things I latched onto as I was thinking about Mildred is that there is no word in most languages for the position she is in. If you lose a husband, you’re a widow; if you lose a parent, you’re an orphan.  But there is no word for a parent who has lost a child because it’s just not supposed to happen biologically.  It’s something beyond the capacity of language – and that’s where Mildred has been left, so she goes for broke.”

For McDonagh, the trajectory towards a scrap of light, however slim and hazy, was inevitable because that is what keeps him going.  “I think there’s something quite hopeful about the film in Mildred’s single-mindedness and also in Willoughby’s decency,” the writer-director concludes.  “The way Frances plays Mildred you are stirred, despite the dark, dark place she is coming from and all the unhicertainty that surrounds her war. I hope audiences will be moved and amused and maybe angry at times.  Mostly, I hope they’ll feel they were just told a rich and somewhat unexpected type of story.”