Missed opportunities aside, 'Every Day' stands on pretty solid ground and delivers the necessary joys and tears needed to make a fantasy romance drama about teens falling in love succeed.

There’s a lot to enjoy in director Michael Sucsy’s fantasy romance drama ‘Every Day.’ Based on the novel by David Levithan, ‘Every Day’ follows the love story of Rhiannon and A, a person who wakes up every day in another person’s body, taking over that person’s life for 24 hours before waking up the next day in someone else’s body. It’s a fantastical premise, which the film manages to make believable, but it also mines the story for all the complex emotions and issues that comes with it.

Within its 95-minute running time, ‘Every Day’ tackles Rhiannon’s disbelief with A’s story and how she comes to believe in it. The film doesn’t ask us to believe Rhiannon’s immediate acceptance of this phenomenon, and the film plants its narrative on a firm foundation early on. And as the two bond and start to fall in love, it opens up all these narrative possibilities and brings these out to further deepen its characters and the narrative’s intrinsic conflict.

As young adult romance stories go, ‘Every Day’ traverses a multitude of dangerous issues but finds a safe space to discuss them due to the age of its main characters. Rhiannon and A are teenagers, still in the middle of high school, and are caught in a whirlwind fantastical romance that they are completely unprepared to handle. 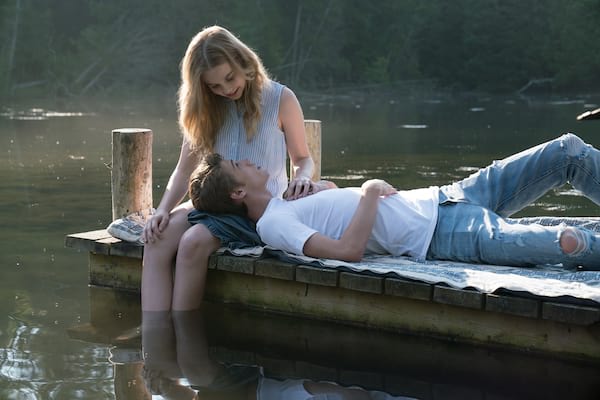 As Rhiannon becomes more withdrawn from her family and her friends to maintain this secret relationship with what the outside world would see as multiple people every day, the guilt builds up in A’s conscience about all the lives who are being turned upside down from this one day that A is their body.

It’s a brilliant complex love story that touches upon many prevailing issues like secrets, consent, selfishness, alienation, and the us-versus-the-world sort of mentality that is overly romanticized in this genre. ‘Every Day’ picks all of these up and dares to address them, some better than others, but ultimately it’s a brave direction to go.

Angourie Rice, who plays Rhiannon, is at the center of all this and she’s amazing as a sweet girl, in the midst of her teenage years, and consumed by these feelings that she is probably too young and inexperienced to properly navigate. She makes this love believable as A is played by various teens of different genders, race, size, and shape.

Luckily, A has access to each person’s memories and so there’s a space for each actor to bring their own take on how A behaves or acts. What each character does, though, is show how much they are in love with Rhiannon, and this cements the idea that A is in them.

Despite this wonderful opportunity to explore how love can exist regardless of gender or race, most of the people that A inhabits that involves physical intimacy are white teen males. Except for one girl of color, it seems like such a missed opportunity for the film to show that Rhiannon truly loves A in whatever body he takes for that day. It’s always fortunate that it’s a teen guy. For a movie that is so daring, it feels like a cop out to make it easy and heteronormative in that regard. 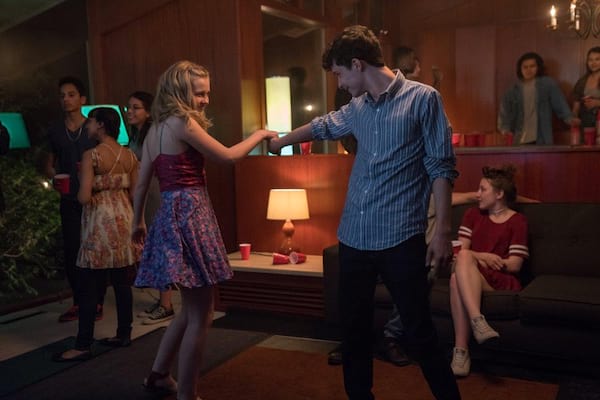 Missed opportunities aside, the film stands on pretty solid ground and delivers the necessary joys and tears needed to make a fantasy romance drama about teens falling in love succeed. ‘Every Day’ has a strong first and second act. It sets us up as to who Rhiannon is and the world that she leaves behind for this fantastical love. The second act shows us all the complications that comes with this set up. Unfortunately, the third act feels rushed. Subplots that are carefully laid out in the first two acts are resolved quickly and without much fanfare to make way for the big finale.

It’s a strong finale, for sure, but for a film that detailed Rhiannon’s world so carefully, it feels a little rushed just to reach its big ending. Regardless, ‘Every Day’ is a delightful film that celebrates love in its many forms and that it asks much from us but we are always willing to pay.

All The Feels: Here are 7 Reasons to Watch 'Every Day,' Whatever Your Relationship Status

Whether you're nursing a heartbreak or blooming with romance this Valentine's month, the much anticipated film adaptation of David Levithan's 'Every Day' has at least 7 hugot-filled reasons that make it a must-watch film.

Teenage Girl Finally Meets Her Soulmate in "Every Day"

Exploring the universal themes of true love, identity and coming of age, the upcoming charming movie “Every Day”

WATCH: Spirit Falls Head Over Heels in Love with a Mortal in Romantic Teen Movie "Every Day"