The latest adult spy movie “Red Sparrow”, arrestingly visceral and cerebral at the same time introduces high-end assassins and spies ready to kill and destroy at all costs without the usual gun and gadgets fare typical of recent spy films.

The latest adult spy movie “Red Sparrow”, arrestingly visceral and cerebral at the same time introduces high-end assassins and spies ready to kill and destroy at all costs without the usual gun and gadgets fare typical of recent spy films. 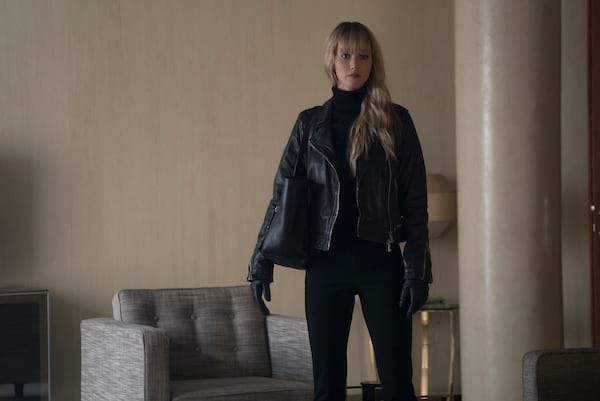 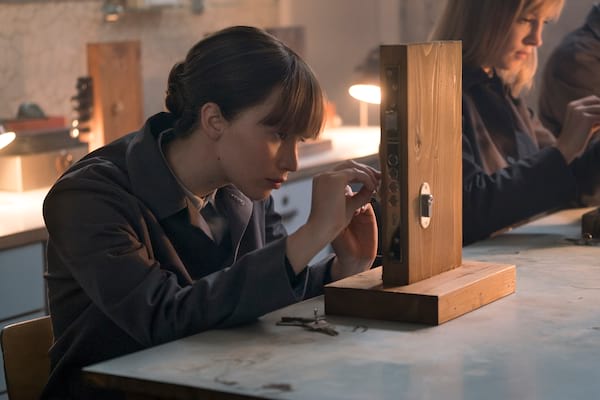 Jennifer Lawrence takes on the shoes of prima ballerina Dominika Egorova who, after suffering an injury is pulled into the world of espionage by his patriot Uncle Vanya (Schoenaerts).  Against her will, Dominika becomes an asset of the Russian government in order to keep her home and medical care for her mother (Richardson).  She is then admitted to Sparrow school, where her sexuality is weaponized as she plays pawn to the powers that forced her into becoming a spy.  Her training ultimately leads her to CIA operative Nate Nash, portrayed in the film by Joel Edgerton.  Author Matthews explains the unusual courtship between Nate and Dominika: “Inevitably, they fall in love, which is dangerous and forbidden for him.  Like Romeo and Juliet, it’s a love affair that can’t end well.” Dominika is actually a civilian who is forced into a spy plot, and whose training in spy craft is a means to survive, and to protect her mother.” 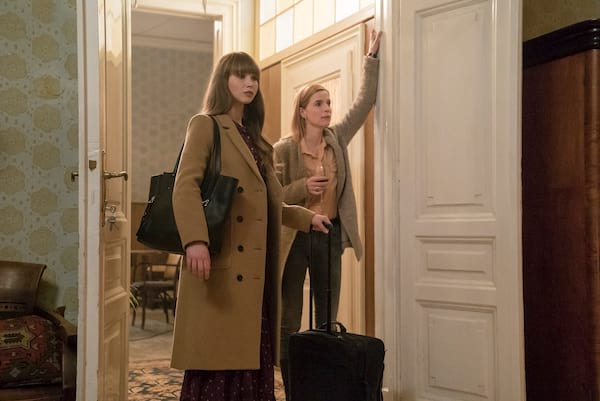 “Dominika and Nate have a really interesting relationship,” observes Jennifer Lawrence. “Because they both been assigned to one another to get information and in this process of manipulating each other they fall for each other. Their relationship is constantly changing because how can you trust somebody not to be tricking you when you are trying to trick them? So they’re constantly balancing this inherent trust that they both have in each other with the basic paranoia that goes with living in a life of international espionage.”

The actress enjoyed the process of working with Edgerton: “I love Joel!” she laughs. He’s so talented. His accent was flawless, which was very intimidating for me as I tried to master a Russian accent.  And he’s just fun, a really hard worker and he played the character perfectly.  I can’t imagine it being anyone else.  He brought so much more to the movie and so much to that role.”

Edgerton also responded to Red Sparrow’s cerebral approach to the spy genre.  “I think it’s somewhat more interesting that the operatives are not smashing cars and shooting machine guns,” he says. “What they’re doing is often a big psychological game of chess.”

The movie is also available in IMAX, with its floor-to-ceiling screen, crystal clear images, and surround sound system that will all let you see, hear, and feel even the tiniest of actions like exactly when a pin or tear drop falls. With every detail enhanced by IMAX’s digital re-mastering, you will be sure to seize every feature of the film – from its bursts of action, sultry scenes, to its heart breaking moments, IMAX is designed to make your movie bigger and better.

Jennifer Lawrence in her Most Daring, Bare-it-all Role in "Red Sparrow"

Academy Award® winner Jennifer Lawrence who has established herself as the highest-grossing action heroine of all-time for her role in the worldwide blockbuster “The Hunger Games” franchise, stars anew in “Red Sparrow”

Overly Simplistic, ‘Red Sparrow’ Plays Out Like an American Propaganda

Director Francis Lawrence teams up again with Oscar winner Jennifer Lawrence in a lacklustre spy movie that wears its politics evidently and too close to the hip, for comfort.

Time to meet brutally badass spies as Jennifer Lawrence brings to life the most fearless and most astute heroine on the big screen in the latest adult spy thriller “Red Sparrow”.

Jennifer Lawrence gives the spy genre a whole new spin as she stars in her most badass, highly-sensual and R-rated movie “Red Sparrow” that will open February 28 in cinemas (rated R-16 in PH). 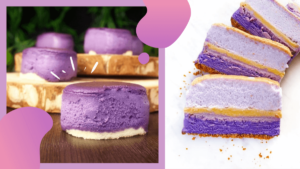 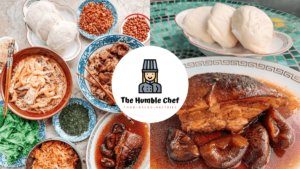