Actor-on-the-rise Bradley Cooper, who appeared in contemporary comedies including “Wedding Crashers,” ”Yes Man” and “He’s Just Not That Into You” now lands one of the four leads in Warner Bros.’ new male-bonding comedy “The Hangover,” a recent No. 1 blockbuster in the U.S. 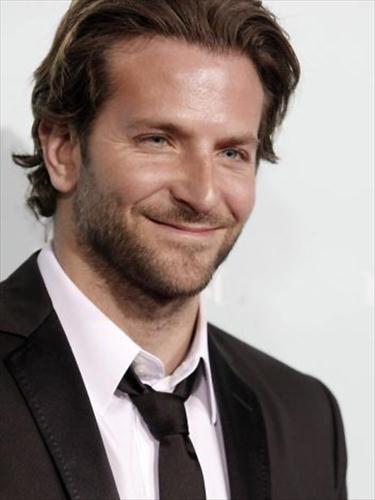 In the film, two days before his wedding, Doug (Justin Bartha) drives to Las Vegas with his best buddies Phil and Stu (Cooper and Ed Helms) and his future brother-in-law Alan (Zach Galifianakis), for a blow-out bachelor party they vow they’ll never forget. But when the three groomsmen wake up the next morning with pounding headaches, they can’t remember a thing. Their luxury hotel suite is beyond trashed and the groom is nowhere to be found.

With no clue about what happened and little time to spare, the trio must attempt to retrace their bad decisions from the night before in order to figure out where things went wrong in the hopes of finding Doug and getting him back to L.A. in time for his wedding. But the more they begin to uncover, the more they realize just how much trouble they’re really in.

Cooper plays Phil, the leader of this dysfunctional quartet of partiers. “Phil is the guy with the plan, the fast-talker,” says producer Dan Goldberg. The only one of the group who has experienced marriage and fatherhood, Phil feels a bit restricted by his life as a family man and high school English teacher and was looking forward to this trip as a rare opportunity to cut loose with his old college gang. He’s not about to let this little setback ruin his weekend.

“Phil thinks, ‘Let’s just get some aspirin and take this one step at a time. No need to panic,’” says Cooper. “No matter how uncontrollable the situation becomes, he keeps thinking he can manage it. And he keeps trying, right up to the point where it absolutely gets away from him.

Adds Cooper, “I liked the synergy between the guys because even though each one is so unique, together they have great chemistry. I also loved how fast the story moved. Once the movie starts, you are on a jet plane until it ends, and it’s weird that you find a comedy with that kind of engine. Each scene propels to the next one, as we have to get our man back to the wedding on time, or else we fail. I would challenge anybody to rival the night these guys have had!”

“Bradley is very funny, both on and off the screen, but I think of him more as a leading man, and in this story he takes on the role of the de facto leader,” says director Todd Phillips. “He’s the one who emerges from this morning-after mess and tries to get the other two to focus so they can figure out what happened. Phil is the facilitator who makes stuff happen. And I was lucky to have Bradley because he is on the cusp of his career now.”