From the moviemakers who gave us blockbuster romantic comedy hits like “Legally Blonde,” “10 Things I Hate About You” and “13 Going On 30” comes “Bride Wars” starring Hollywood’s trendiest, Anne Hathaway and Kate Hudson. 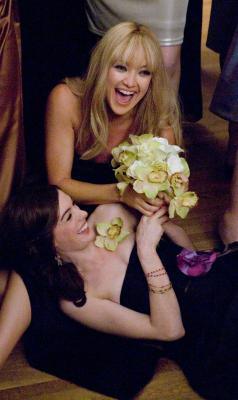 In the movie, Hudson and Hathaway play best-friends-forever until a life-changing situation put their friendship to a test. Liv (Hudson) is a feisty lawyer who goes after and gets what she wants. She is a perfectionist who accepts nothing but the best, especially on her wedding day. Emma (Hathaway) on the other hand is a conventional junior high school teacher who has always been a push over. Her wedding is something she has been dreaming of since she was a little girl and will do everything to make her dreams a reality. 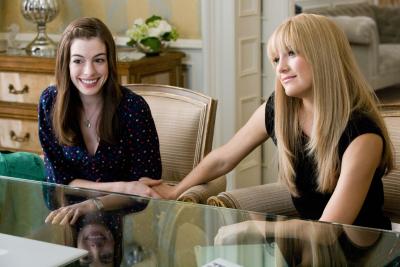 Best friends since childhood, they are always there for each other, through good times and bad. They even become engaged to be married within a few hours of one another. Together they plan their respective weddings, each to take place at New York’s ultimate bridal destination and their lifelong dream location, the Plaza Hotel. But a clerical error and subsequent clash in wedding dates pits the two brides – neither of whom will step aside – against each other, in a competition that quickly escalates into all-pout war. 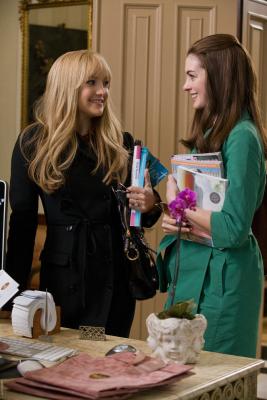