Sonic the Hedgehog is based on the global blockbuster videogame franchise from Sega that centers on the infamously brash bright blue hedgehog from another world.  The film follows the (mis)adventures of Sonic as he navigates the complexities of his new life on Earth with his newfound – and human – best friend Tom (James Marsden).  Sonic and Tom join forces to try and stop the villainous Dr. Robotnik from capturing Sonic and using his immense powers for world domination. 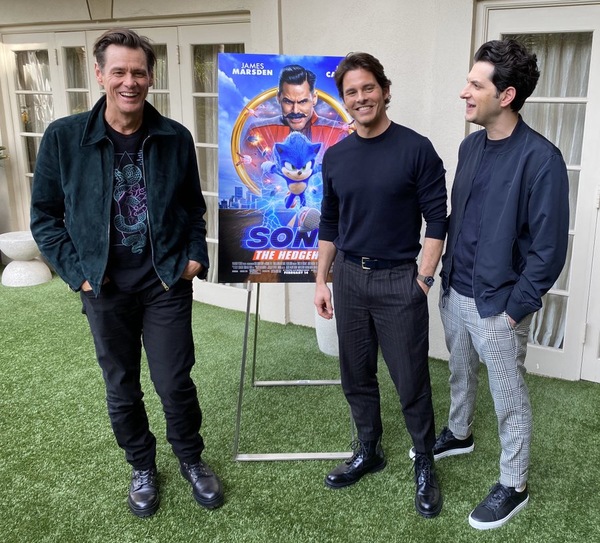 Sonic’s attempts to fit into his new life on Earth encompass his first friendship with one of its residents:  Green Hills sheriff “Doughnut Lord,” better known to everyone else as Tom.  Sonic views the sleepy town as paradise – “the greatest place on Earth” – but Tom, says James Marsden, “yearns to make more of an impact than just escorting a family of ducks across the street, though he does have great affection for the townspeople.”

Tom, with the support of his wife Maddie, is preparing to join the San Francisco police force.  “Tom is a good guy with a strict moral code, so it’s bittersweet for Maddie and him to leave Green Hills.  But it’s something he feels he has to do,” Marsden shares.

When Tom and Sonic finally meet, Tom begins to understand that Sonic may be the real answer to his search for a purpose.  “Something about Sonic makes Tom feel like he has to take care of him,” Marsden notes.  “Their friendship says a lot about both of them.  Tom and Sonic both want to belong to something and be accepted for who they are and not where they come from.  Tom finds meaning, not to mention an epic and unforgettable adventure, in being a friend to this creature.” 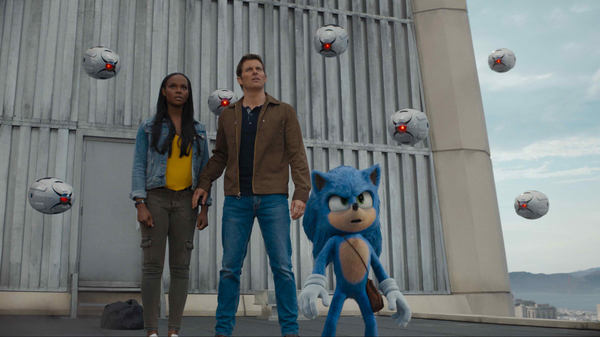 Director Jeff Fowler adds, “Sonic is an outsider looking in, and Tom is an insider looking out.  That puts them on a kind of collision course, which leads to their embarking on a big and life-changing journey.”

Marsden concludes that “Sonic represents the young person in all of us.  Kids will love the fun and adventure, and their parents will enjoy the sharp humor, heart, and of course, the big set pieces.  It’s the best of all worlds and a fun ride for everyone.”