In the Universal Pictures’ war epic 1917, Lance Corporals Schofield and Blake, of the 8th Battalion, have a comradeship and friendship, which in a short space of time is tested far beyond the point of what either could have imagined. 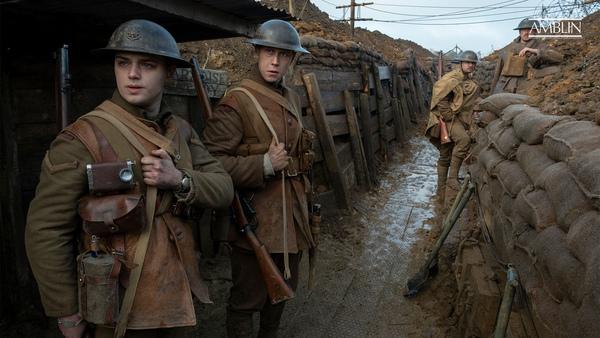 Nominated for ten Oscar Awards including Best Picture, Best Director and Best Adapted Screenplay, 1917 tells the story of two young British soldiers Schofield and Blake as they are given a seemingly impossible task. In a race against time, they must cross enemy territory to deliver a message that could potentially save 1,600 of their fellow soldiers—Blake’s own brother among them. In this immersive cinematic experience, director Sam Mendes thrusts the audience into the immediate peril and vast scale of World War I, witnessing the conflict in an urgent and propulsive way.

When Mendes was choosing the actors to portray these young soldiers, it was crucial to him that audiences experience the story with relative newcomers. George MacKay, supporting player of Captain Fantastic, was cast as Lance Corporal Schofield, and Game of Thrones’ Dean-Charles Chapman became Lance Corporal Blake.

“The movie is based around the journey of two young and—at first glance—unremarkable soldiers, and ideally I wanted an audience to have no prior relationship with them,” Mendes says. “It was a real luxury, with the unstinting support of the studio, to make a movie on this scale with two actors in the central roles who really are, relatively speaking, new to the game.”

“There’s something about George that’s slightly old-fashioned, in that he embodies some virtues—honor, dignity, heroism—that are almost of another time. He feels ageless,” Mendes says. 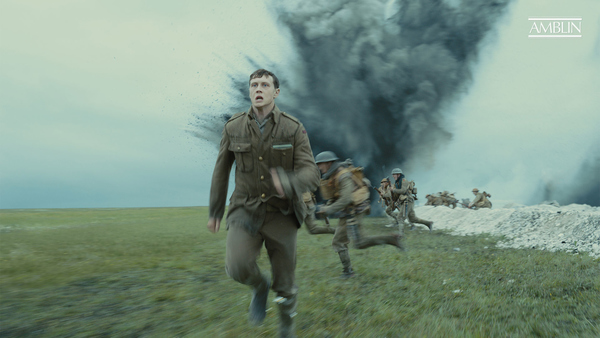 “Schofield is a quiet man,” MacKay says. “He’s someone who deals with what he’s going through and what happens to him by kind of burying it. He’s got a family back home whom he loves very, very much, but because they’re not here and because he can’t be with them he sort of keeps them completely to himself. He tries to navigate the extremes of what he’s living through by keeping himself very levelled, which I found really fascinating to play.”

“When Schofield receives the news about the mission he’s wary at first,” MacKay continues. “Schofield is the more experienced solider of the two of them. He’s been doing this about a year longer than Blake has. That doesn’t make him a super solider or anything, but he’s more practiced at all of it. He’s a moral man and he understands what has to be done, but he’s trying to do it as safely as possible because he’s experienced. It’s alluded to that he survived the Battle of Thiepval, where soldiers were acting on information that they realized wasn’t correct and suffered terrible, terrible losses. He’s lost people, he’s almost died himself, and he doesn’t want to do that again.”

As Schofield’s comrade, Blake, the director aimed to cast a young man that could channel the character’s innocence and simplicity. “I hadn’t seen Dean-Charles at all until he came in and read for the part,” Mendes says. “He has a wonderful vulnerability and a sweetness; he’s a really good, natural, instinctive actor.” 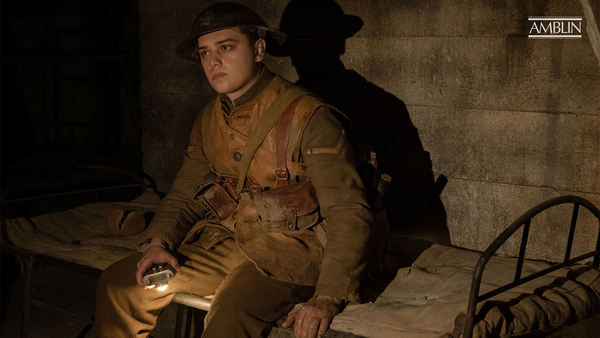 Only 19, Blake is quite good with maps and eager to volunteer for any assignment that would take him back up the line—or even get him more food. “The first time I read the script I just absolutely fell in love with Blake,” Dean-Charles Chapman says. “He’s this country boy who loves his mom, loves his dog, loves his brother. He’s such a lovely, sweet kid that it’s pretty much impossible to not fall in love with him.”

But when he is selected to pick a fellow member of 8th Battalion and give a vital message to the 2nd Devons, he has no concept of what he is signing them both up for. “He hasn't had much experience with war, at all,” Chapman says. “He's only recently just been deployed there. Throughout their mission, Blake is constantly reminded about his family and his brother and missing home, and his desperation keeps him fighting on, no matter what.” 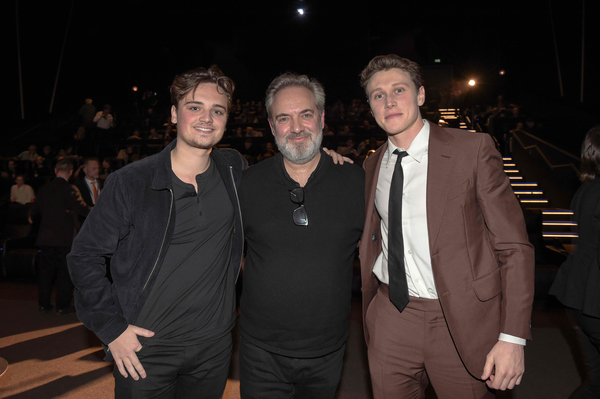