The 14th Spring Film Festival kicks off this January 19 at the Shangri-La Plaza, and is set to run until January 26. For this year, the festival will be screening 6 popular Chinese films, all spanning different genres. Admission to these films are still free, just like every year, so you can experience and enjoy the festival's unique offerings. 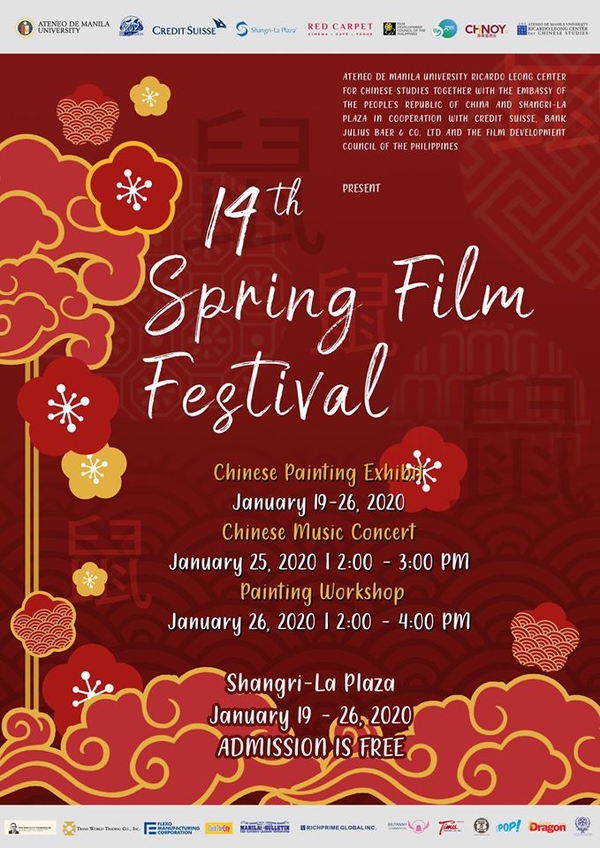 Here are all the films to watch out for in the coming festival:

The Great Wall centers on European mercenaries who arrive in Song Dynasty China. In search of gunpowder, the group gets caught in the defense of the Great Wall of China against a group of monstrous creatures. It stars Matt Damon,  Jing Tian, Pedro Pascal, and Willem Dafoe.

Little Door Gods is a family-friendly animated film about a soup vendor whose business falls on hard times. Set in a world where people don't believe in spirit guardians anymore, the guardians then come alive to grant them prosperity, all while trying to regain the people's trust in them.

A Hong Kong-Chinese adventure film, The Monkey King 2 centers on a Tang Priest appointed by Buddha to fetch the sacred scriptures from the West, only to end up accidentally setting the Monkey King free.

In the sci-fi movie Battle of Memories, a writer undergoes a procedure that would erase his memories. However, because of an incident at the center, he finds himself in the mind of a serial killer after he accidentally switches his restore card with someone else's.

Our Shining Days is a musical comedy centering on a group of high school students who face many challenges as they try to revive a Chinese orchestra ensemble.

Jian Bing Man is a superhero parody movie about a TV personality forced to make his own small-budget movie after getting involved in a scandal. He then decides to make a film about a superhero's silly adventures when an alien arrives on earth.

Here's the schedule of screenings happening during the festival: 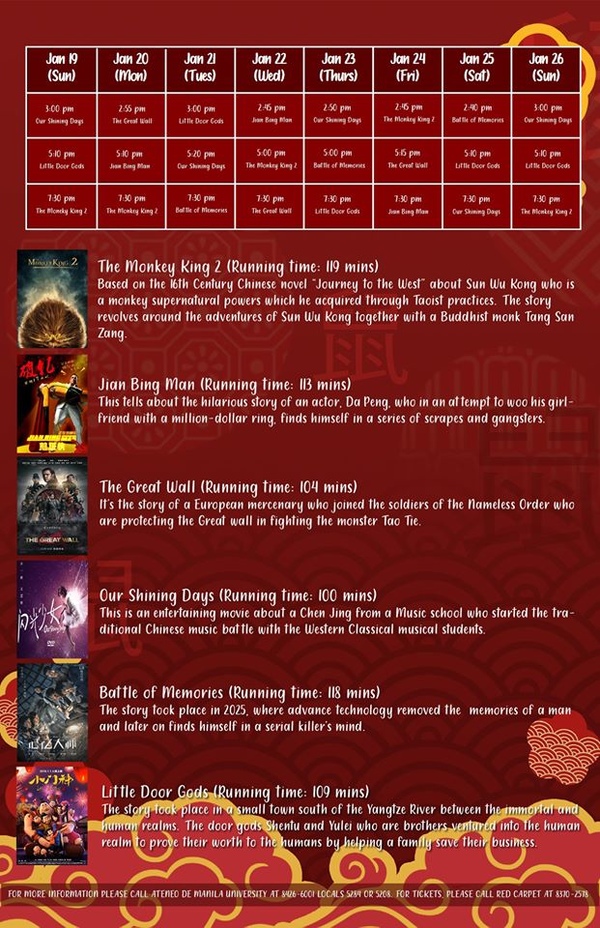