Two men, one mission. Save 1600 lives. If they fail, it will be a massacre. Now, there is no turning back.  And every second counts.

Sam Mendes, the Oscar®-winning director of Skyfall, Spectre and American Beauty, brings his singular vision to a visceral new epic 1917 inspired by the experiences of his grandfather and others who served in World War I.

(Watch the film’s new trailer below.)

Nominated for ten Oscar Awards including Best Picture, Best Director and Best Adapted Screenplay and winner of the Best Picture and Best Director at the recent Golden Globes, 1917 tells the story of two young British soldiers at the height of the war, Lance Corporal Schofield (Gorge MacKay) and Lance Corporal Blake (Dean-Charles Chapman) as they are given a seemingly impossible task. In a race against time, they must cross enemy territory to deliver a message that could potentially save 1,600 of their fellow soldiers—Blake’s own brother among them. In this immersive cinematic experience, Mendes thrusts the audience into the immediate peril and vast scale of World War I, witnessing the conflict in an urgent and propulsive way. 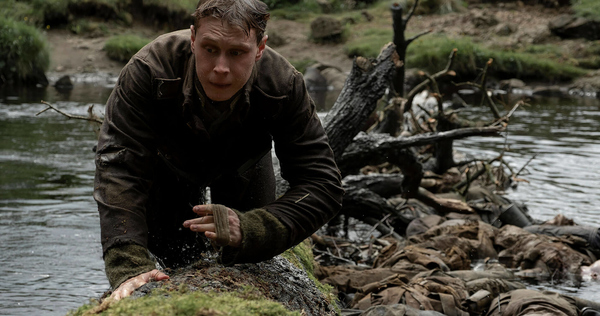 They are joined by Oscar® winner Colin Firth (The King’s Speech) as General Erinmore, who sends the pair on their mission; and Benedict Cumberbatch (Avengers series) as Colonel Mackenzie, commander of 2nd Battalion, who is convinced they have the Germans retreating and is determined to finish the job. 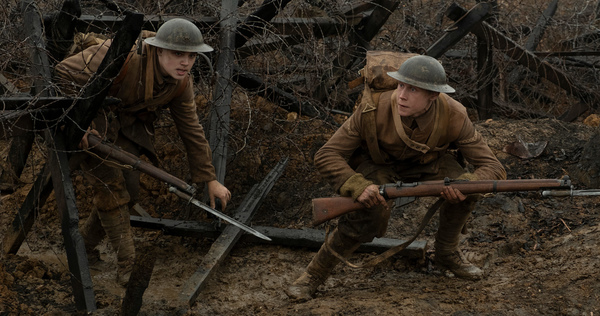 “I was always fascinated by the Great War, perhaps because my grandfather told me about it when I was very young, and perhaps also because at that stage of my life, I’m not sure I’d even registered the concept of war before,” Mendes says. “Our film is fiction, but certain scenes and aspects of it are drawn from stories he told me, and ones told him by his fellow soldiers. This simple kernel of an idea—of a single man carrying a message from one place to another—stayed with me and became the starting point for 1917.”

Ultimately, the film pays tribute not just to World War I soldiers but to all military members, past and present and their sacrifice for the greater good and pursuit of freedom. 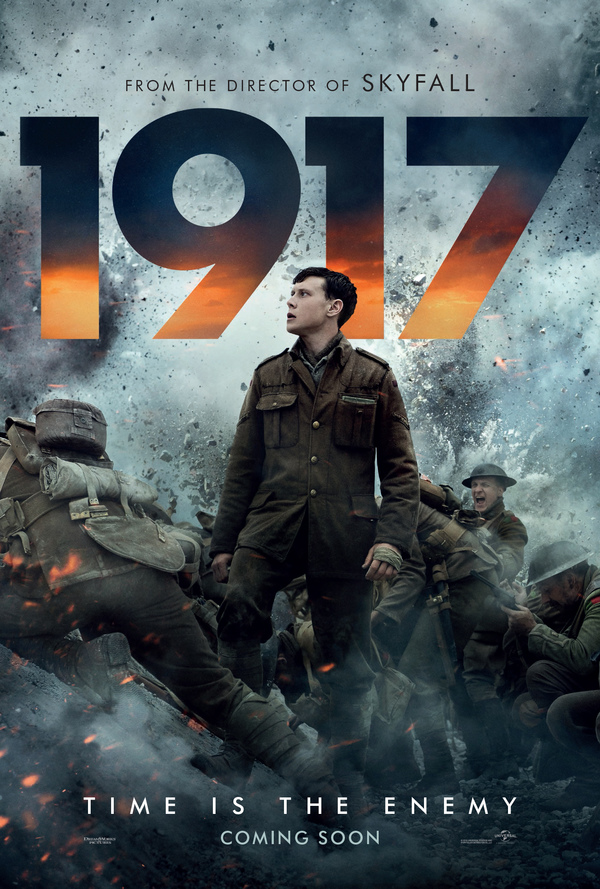