The ghosts in Columbia Pictures’ new horror thriller The Grudge (in Philippine cinemas January 15) are rooted in the murders in the doomed Reyburn house of the Landers family, instigated by the mother, who brought the Grudge back with her from Japan.  Different individuals who enter the house and become affected by the curse themselves tend to have interactions with different Landers ghosts – and there’s a reason why. 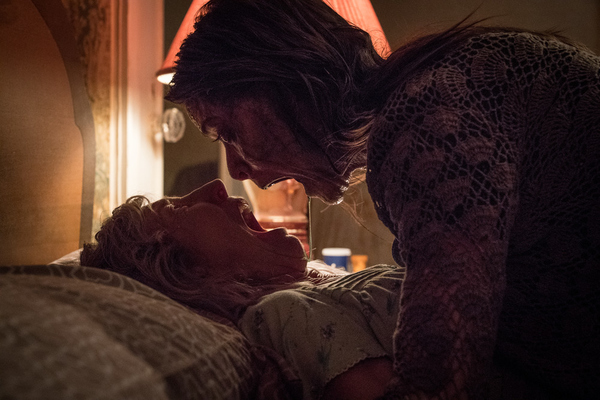 Based on the Japanese film “Ju-On: The Grudge” written & directed by Takashi Shimizu, The Grudge presupposes that when someone dies in the grip of a powerful rage, a curse is born. The curse gathers in the place of death, and those who encounter it will be consumed by its fury.

“The Grudge is a curse that manifests itself in different ways, depending on who it’s manifesting itself to,” director-writer Nicholas Pesce explains.  For example, Detective Muldoon (Andrea Riseborough) is dealing with the grief of losing her husband – so the ghost that primarily appears to her is that of Fiona’s dead husband, Sam.  “And Peter (John Cho), he’s all about being a parent, and the child ghost is the one that appears to him.”

The ghosts deliver something else that Grudge fans know and love from the previous films – their “croak” or death rattle.  The croak in the Japanese films comes from the sounds that Kayako makes when she dies, one which, Pesce notes, was made by filmmaker Shimizu himself.  “Even long before he made the Grudge movies, he used to creep up behind his sister while she was doing her homework and do that sound behind her head!  And it would make her lose it.”

Here, Pesce also wanted the ghosts to croak, based on how they die.  “But always knowing that it should be in the same world as the classic croak (which the director actually borrowed from the original film for a brief moment in the opening, when Kayako appears behind Fiona while she’s still in Japan).  “Sam’s is like a traditional Grudge croak – he fell down the stairs and his neck is twisted.  It’s a little bit more gurgly, because of the blood that’s pooling in his mouth.  Fiona had stabbed herself in the neck, so hers is a throaty groan, but a little wheezy, because her vocal chords and her throat are punctured.  And Melinda is more like a little girl shriek.  So we mixed that with the sound of screams underwater.  Because a child screaming is terrifying.” 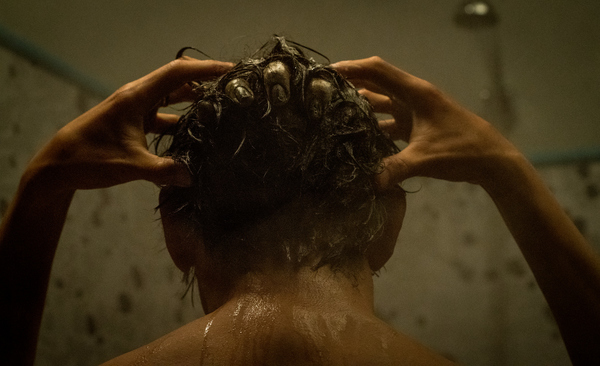