To kick-off Marvel Studios’ 10thyear mark in the enterainment scene, SM Cinema joined forces with The Walt Disney Company Philippines to bring back not one but 16 Marvel Studios films in theaters for the most ambitious movie exhibition of the year, the Marvel Movie Marathon! 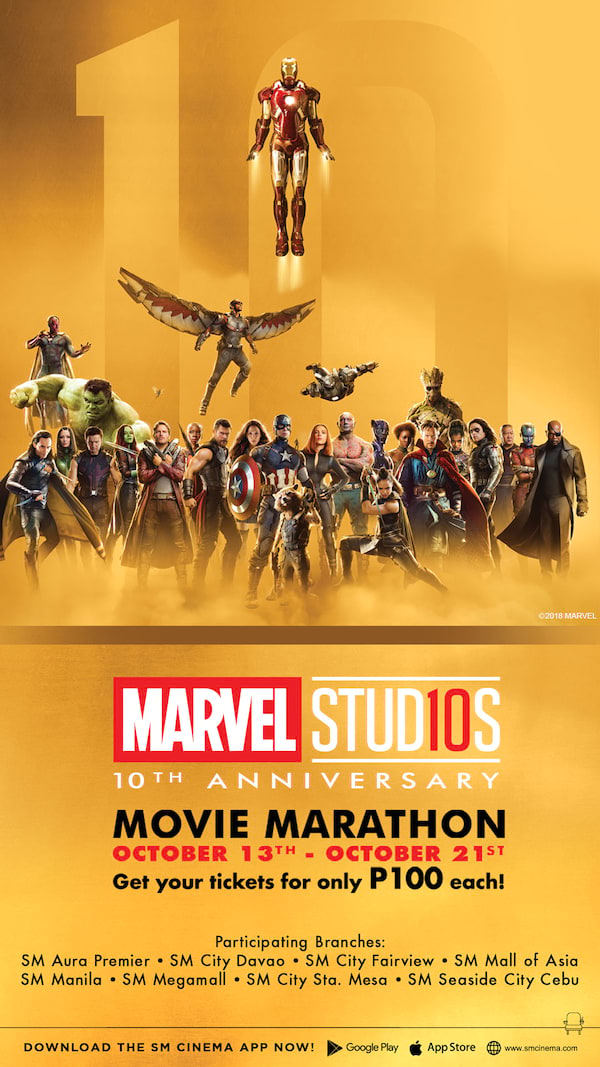 Marvel movie buffs can purchase a ticket at PhP 100.00 per movie or an all-movie bundle for the 16 films at only PhP 1,200.00. You can also have a chance to secure advance tickets of the highly-anticipated Marvel Studios film, Captain Marvel which will be groundbreaking in theaters in March 2019.

So what are you waiting for? Be part of Marvel Studios’ biggest year as it celebrates its 10thanniversary, starting off with the Marvel Movie Marathon at SM Cinema!