In the second installment of TBA forays in reimagining Filipino heroes lives and heroism, ‘Goyo: Ang Batang Heneral’ takes the opposite route from its predecessor ‘Heneral Luna’ by replacing frenetic, almost cartoonish energy with introspection. While ‘Heneral Luna’ was all rage and fury, ‘Goyo: Ang Batang Heneral’ explores the parameters of leadership, mortality, and fame.

Taking place immediately after the events of ‘Heneral Luna,’ the Philippines is still in a state of war with President Emilio Aguinaldo (played bowerfully by Mon Confiado) trying to sustain his revolutionary government as the American forces begin to take a tighter hold in the country. As the chess pieces of this intricate war are put into play, the Philippines experience a moment of quiet. The fighting has ceased, unaware of a bigger battle coming to a head in five months.

It is at this time that we are introduced to General Gregorio del Pilar, nicknamed ‘Goyo’ (played by Paulo Avelino), who fought bravely for Aguinaldo that he was conferred the rank of a General, the youngest in the revolutionary government at 24. He is portrayed as a celebrity, the talk of the town, and has the eye of every young maiden in every town for his good looks. 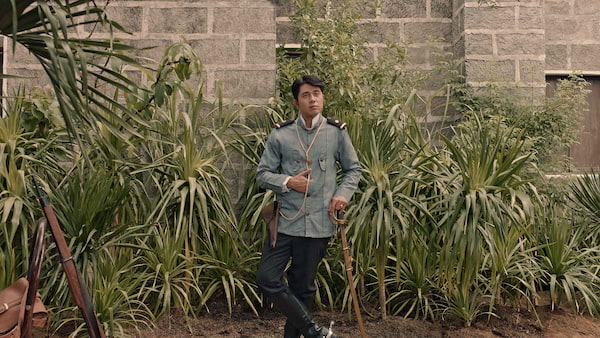 During this period of peace, Goyo is known for having broken hearts in every town he passes, including Aguinaldo’s sister, Felicidad (played by a scene-stealing Empress Schuck). He is confident, veering towards arrogance, and quite infatuated by his own hype.

‘Goyo: Ang Batang Heneral’ is intriguing as the film’s plot runs in two parallel lines. First, it plays off as a political war drama as the Americans and the Filipino revolutionary governments are preparing for an eventual battle with Aguinaldo. He is trying to establish control as his own cabinet is working only towards serving themselves, and criticized by Apolinario Mabini (Jeffrey Quizon), who serves as a sober voice of reason. Using his famed persona as a great intellect, director Tarog uses Mabini as a means to look at Aguinaldo’s government and its failings as an outsider, having resigned from Aguinaldo’s cabinet for suspicion of having Heneral Luna killed.

The second film within is about Goyo and his courtship of Remedios Jose (Gwen Zamora), who is charmed by Goyo’s advances but is smart enough to want exclusivity and a renouncement of his frivolous playboy behavior, as she wants him to be the hero he is touted to be. What troubles Goyo is a near-death experience that from the battle that granted his promotion. Fear of death and indulgence in his new-found glory, Goyo is a study on the effects of such extreme forces that come into play of any young person’s psyche in such trying times such as war. 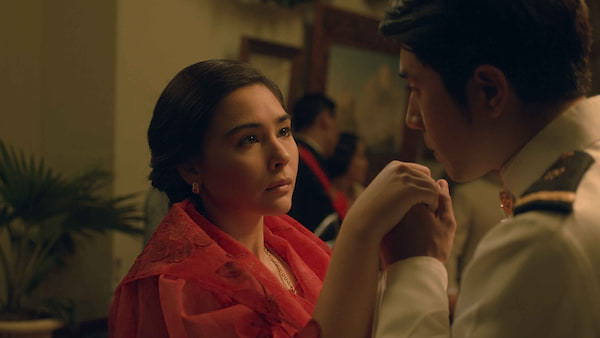 We also see Goyo through the eyes of Joven Hernando (Arron Villaflor) from ‘Heneral Luna,’ the photographer’s assistant who is now tasked to follow and photograph Goyo and his troop. Of everyone in the film, only Joven questions Goyo’s popularity and fame as he is the only character other than Remedios who is brave enough to see beyond the glitter and the sparkle of his fame.

It is this meditation on how we see our idols that makes ‘Goyo: Ang Batang Heneral’ so intriguing as a film. The film tears away at the concepts of blind patriotism and idolatry while serving some contentious characterizations of Aguinaldo and his cronyism. Based on the research of the filmmakers, they portrayed Aguinaldo as a man who valued loyalty over true value and worth. It makes pointed attacks at Aguinaldo’s choice to have Luna killed instead of finding a way to work with him and to promote Goyo because of his fealty.

The film is not afraid to build up the hype of its lead character and rip this hype apart by showing him not being worth this adulation. There are so many comparisons and contrasts between our present government’s cronyism and willingness to appoint positions of power to unworthy people just due to their loyalty. And by depicting Goyo as a modern day celebrity, it really calls out our present day’s penchant for blind idolatry. 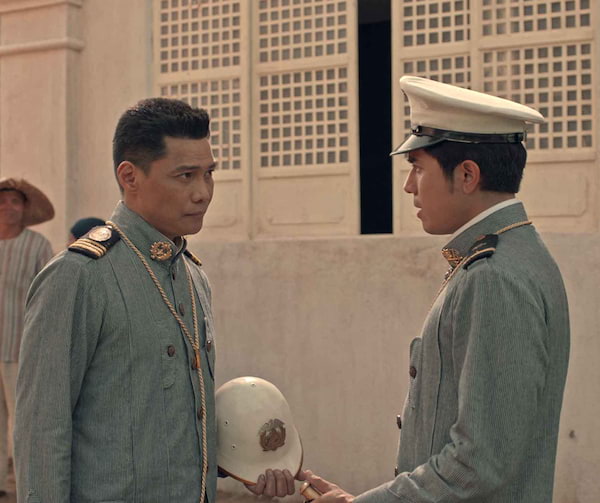 All of this comes to head at the final act of the film when Goyo finally understands the responsibility that has fallen on him, but it’s too late. We all know how this story ends. It’s history after all and the film does not shy away from showing us our leader’s faults at this conjunction of time and events.

More than an introspective character study of a man who was not ready for the weight that was put on his shoulders, ‘Goyo: Ang Batang Heneral’ is a film about our failing as a country to put so much hope on leaders who crave power and attention more than actual leadership and good governance.

The most surprising thing about ‘Goyo: Ang Batang Heneral’ is that it is a film about patriotism, but instead of inspiring, it serves as a warning. It is not an uplifting film. It is about disappointment and facing that which is disappointing in all of us.

And for a movie this expensive and this epic in scale and scope, it is such a daring move on director Jerold Tarog and co-writer Rody Vera and the people behind it that I’m in awe at the boldness of such a move.