Chaos is order yet undeciphered. 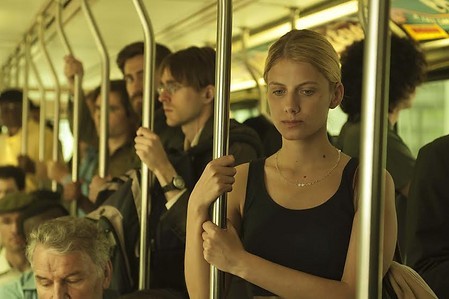 Cast to play Adam’s girlfriend Mary, is French actress Mélanie Laurent. Laurent recalled she was immediately intrigued by the role of Mary and had many questions about the character.

“The first thing I said to director Denis Villeneuve was I needed to know how long Mary and Adam had been together because we’re seeing the end of the relationship when we start the movie, which can be a strange place to begin,” says the actress.

“We talked extensively about Mary and about her relationship with Adam, which really helped me with the part.” “Mary is a very vulnerable character, but not a victim,” says Laurent. “I think she’s still really in love with Adam but she realizes that the relationship simply isn’t working.”  Acting this emotionally draining role opposite Jake Gyllenhaal was both wonderfully difficult and unique. “One minute we’re having violent sex, the next we’re laughing and the next we’re crying. Because it’s the end of their relationship, it’s really tense,” recalls Laurent. 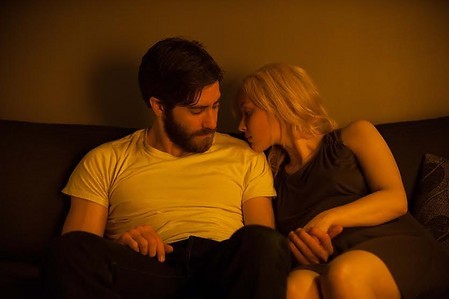 For the part of Anthony’s pregnant wife Helen, the production team enlisted the talents of Sarah Gadon.

After reading the script and meeting with Villeneuve, Gadon understood that Enemy would be a balancing act between high-art aesthetic and the realism of true-to-life character. Despite its style and panache, Gadon thought that the role also had much to do with real, human experience. “The way that I look at Helen and her situation with her husband Anthony is that she wants him to be the man that he isn't but one day he walks in the door and he is the man she has always wanted him to be,” says Gadon. 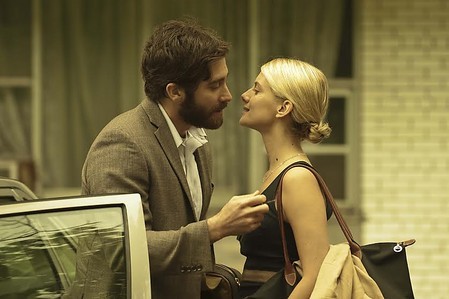 “At that point nothing else matters because the man she wants to be with is now in front of her.”

In addition to acting, Gadon had to endure the idea of transforming into a pregnant woman and opted for a weighted belly to aid her performance. “I asked for a weighted belly because I wanted to feel the physical presence of the pregnancy,” says Gadon. “I knew there would be scenes that instinctually I'd want to move fast or I'd want to do a physical movement and if it didn't look real it would kill me. I wear the weighted belly underneath my clothes and then a prosthetic piece when I'm nude, which takes two hours to be put on.”

Gyllenhaal recognizes that the women in the script are integral to the story. “The incredible thing about this movie is that there are these three immensely strong female characters and three strong actresses who play them,” says Gyllenhaal. “I think the women in the script define Adam and Anthony. With Mary, her spirit is what drives a large part of the Adam story and likewise with Helen in Anthony’s life.”

The third female character in the film is Adam’s mother, Caroline, played by legendary actress Isabella Rossellini , whom he visits in an attempt to get some clarity on his situation.

“Caroline is an artist,” says Rossellini. “She has authority with her son and is quite dismissive of him, isolating him even further in his anguish.” On working with the legendary actress, Villeneuve says: “It was a massive privilege for me to work with Isabella Rossellini. She’s one of my favorite actresses of all time and she was my first choice. I needed someone that would be able to bring this kind of narcissism and maternal presence to the part with a lot of humanity. And I knew that she would be perfect.”

Enemy tells the story of a university lecturer named Adam (Gyllenhaal) who one night, after watching a film, recognizes a minor actor who looks just like him. Consumed by the desire to meet his double, Adam tracks down Anthony, and engages him in a complex and dangerous struggle.

“A deep existential crisis must move slowly around Adam, like a shark around its prey in dark waters. This existential crisis, this depression, is part of the main character, even if it isn’t mentioned in the dialogue. How unbearable is it to confront yourself, to totally recognize yourself in another being?” asks Villeneuve.