The parade of international film programs continues, this time highlighting the rich and vibrant cinematic scene of Taiwan. The Taiwan Film Festival will have its opening night on October 20, and will be running until October 26. Here’s a look at what they’re screening: 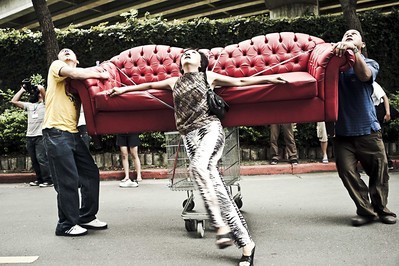 The opening film is Pinoy Sunday (2009, Ho Wi-Ding), which was previously shown at Cinemanila. The film follows two Filipino migrant workers in Taipei (played by Epy Quizon and Bayani Agbayani) who find an abandoned sofa in the street and attempt to bring it back to their dormitory. The film takes an outsider’s perspective on Filipino migrant workers, and as such, it often seems a little off the mark when laying out the motivations of its main characters. More intriguing is its larger portrayal of Taiwanese society. The film depicts a people now caught up in the decadence of urban living, failing to notice the invisible and silent class of people that keeps everything running. Quizon and Agbayani recall Laurel and Hardy as they travel across an unforgiving city landscape. 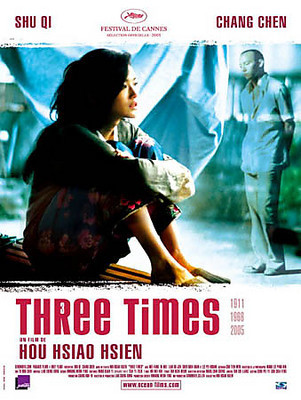 Three Times (Zui hao de shi guang, 2005, Hou Hsiao-Hsien) is automatically the must-see film of the festival, if only because it’s directed by the masterful Hou Hsiao-Hsien. Hou, in spite of being one of the most celebrated directors in the world, has largely remained unseen outside of film festivals. Three Times isn’t his best work, but it’s still pretty great. The film tells three stories in three time periods. In 1966, a soldier falls in love with a pool hall hostess. In 1911, a prostitute seeks to escape her plight, pinning her hopes on a man of influence. And in present day, a pop singer avoids her female lover to spend more time with her male lover. The segments vary in style and tone, all building towards a theme that explores the smallness of romance in a world rife with conflict. Any film lover would do well to seek this movie out. 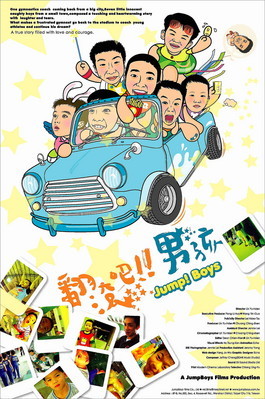 Also worth seeking out: Jump! Boys (Fan gun ba! Nan hai, 2005, Lin Hu-Hsien). The film is a documentary following the exploits of a class of young gymnasts and their tough, unforgiving coach. The coach happens to be the director’s younger brother, a former rising star in gymnastics whose injuries ended his career and led him into a life of petty crime. The relationship between documentarian and subject is always strange and nebulous. The added connection in the film adds intimacy and sympathy where there would otherwise be judgment. The film takes a pretty serious look at the pressures young people go through in the Taiwanese educational system, but it also somehow manages to be lighthearted and occasionally funny. That’s a pretty amazing achievement. 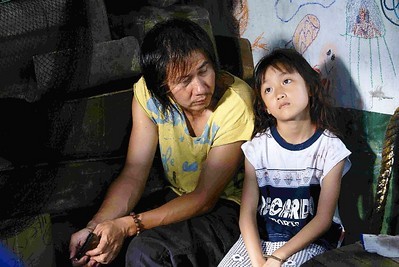 Heavy in the arthouse side of things is No Puedo Vivir Sin Ti (Bu neng mei you ni, 2009, Leon Dai). In stark black and white, the film follows a poor man as he tangles with Taiwanese bureaucracy to keep custody of his daughter. The man inevitably gets crushed beneath the machinery of bureaucracy, leading him to become more and more desperate. The film is based on a true story, and it mostly takes its cue from Italian neorealist pictures to present the story in a truthful way. The film occasionally cuts into this effect with slices of melodrama and an intrusive musical score. It comes out a little thin in the end, but in moments, the film does have power. 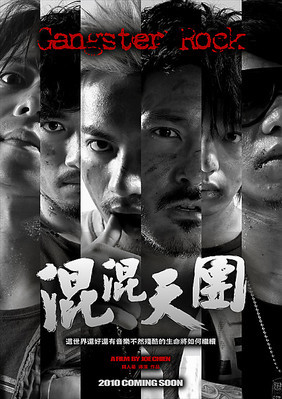 If arthouse fare isn’t your thing, the lineup also features a couple of mainstream crowd pleasers. Gangster Rock (Hun hun tian tuan, 2010, Chie Jen-Hao) tells the story of small-time crook who gets put in charge of a shady record company and is tasked to manage a young rock band to stardom. Zoom Hunting (Lie yan, 2010, Cho Li) is a suspense drama that owes much to Hitchcock’s Rear Window, telling the tale of a fashion photographer who inadvertently snaps a picture of a woman having a steamy affair. She and her sister decide to keep tabs on the woman, but what starts out as harmless fun turns out to be something more sinister. Gangster Rock doesn’t offer many surprises, but it comes from a fine tradition of comedic Asian gangster pictures. Zoom Hunting is the more intriguing of the two, the film stuffed with twists and turns that ought to leave people guessing.

The festival also features a program of short films. It isn’t the most cohesive program: Respire (Hu Xi, 2005, Ho Wi-Ding), The Magical Washing Machine (Shenqi xiyiji, 2005, Lee Yun-Chan) and Small Station (2005, Lin Chien-Ping) have very little in common, aside from the pedigree of having won awards at film festivals. Respire, which won awards in Cannes, is set in a future where everyone is forced to wear a mask due to a fatal virus released in the air. The Magical Washing Machine, winner of the Taiwanese Golden Horse, is a playful little film about a young girl who finds the titular appliance, which has the power to turn garments old or new, or keep them dirty, according to her wishes. Small Station, winner of Venice’s Leon Citroen award, is a sparse little film about a 60 year old woman who travels with her mentally disabled son to a remote station in Taiwan. People should always be seeking out shorts films, and though this program is a little all over the place, the quality is impeccable. 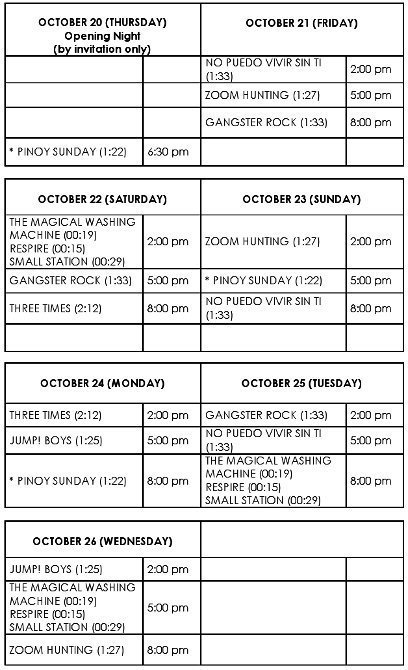