Crowned as the Best Picture of 2010 at last February's Academy Awards, The King's Speech starring Oscar-winner Colin Firth, will open in Manila on May 11 exclusively at Ayala Malls Cinemas (Glorietta 4, Greenbelt 3 and Trinoma). 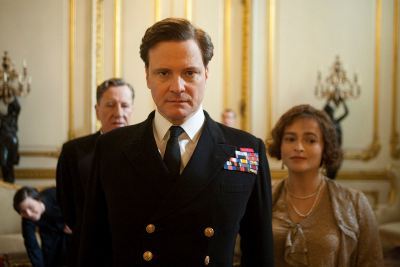 Firth plays King George VI, who, to overcome his stammer, is introduced to Lionel Logue, an unorthodox Australian speech therapist played by Geoffrey Rush. The two men become friends as they work together, and after his brother abdicates, the new king relies on Logue to help him make a radio broadcast at the beginning of World War II. 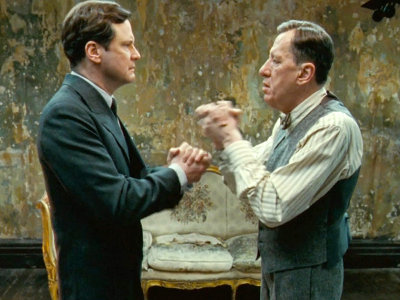 Based on the true story of King George VI, The King's Speech follows the Royal Monarch's quest to find his voice. After the death of his father King George V (Gambon) and the scandalous abdication of Prince Edward VII (Pearce), Prince Albert (Firth) who has suffered from a debilitating speech impediment all his life, is suddenly crowned King George VI of England.

With his country on the brink of war and in desperate need of a leader, his wife, Elizabeth (Bonham Carter), the future Queen Mother, arranges for her husband to see an eccentric speech therapist, Lionel Logue. After a rough start, the two delve into an unorthodox course of treatment and eventually form an unbreakable bond.

With the support of Logue, his family, his government and Winston Churchill (Spall), the King will overcome his stammer and deliver a radio-address that inspires his people and unites them in battle.

Screenwriter David Seidler began reading about George VI after overcoming his own stammer during his youth and, using informed imagination, wrote about the men's relationship. Nine weeks before filming, Logue's notebooks were discovered and quotations from them were incorporated into the script.