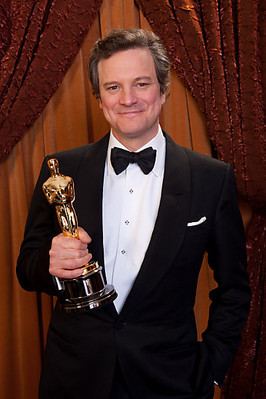 The 50-year-old star picked up the coveted Best Actor statue for playing a British monarch with a stammering problem in The King's Speech, and despite Firth's triumph, his wife insists they will continue to lead a normal life.

Livia says, "We're not moving to Hollywood, we're going back home and he's still the man I married. He'll still put the bins out and leave his socks on the floor. It's just now he has an Oscar and that is amazing. Our plan is to rest, go home, be happy. And we'll be back next year when Colin will present an award." 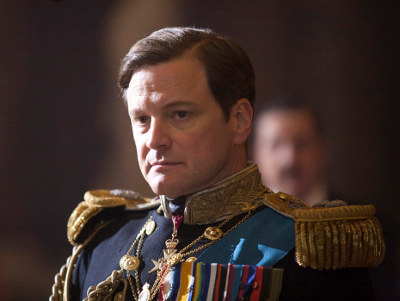 For his part, Firth reveals he felt the British public's support when he won the Best Actor Oscar. He shares he forgot about the speech he had planned when he took to the stage to accept the accolade but says the backing of his countrymen helped him through. He relates, "I actually wrote a speech and forgot it. And that was when it came to me, that support at home. I felt it - it was very important to me."

“The King's Speech” won a total of four awards – Best Picture, Best Director, Best Actor and Best Original Screenplay -- and Colin was said to be "buzzing" at the movie's success.

An insider revealed, "Colin was King for the night. He was absolutely buzzing and good for him. Everyone in Hollywood thought he deserved it." However, Firth was so shocked later on in the evening that he accidentally left the gold statue in a toilet. Luckily, an attendant noticed the forgetful winner's mistake and ran to give it back to him and he carried on partying the night away.

A source said: "Everyone was trying to buy him drinks. He may be 50 but he knows how to party and was determined to make the most of the occasion."

Despite his exciting evening, Colin later admitted he was glad the parties had drawn to a close. He told the Daily Mail newspaper, "I think I'm feeling, not joy, but relief that it's over. That seems to be the default position. You could say I'm grateful – and relieved. The whole Oscar adventure has taken months and months of criss-crossing the Atlantic to go to Los Angeles and New York and points in between. I don't think I'll need to go to another party ever again."

Based on the true story of King George VI, “The King's Speech” follows the Royal Monarch's quest to find his voice. In the film, after the death of his father King George V (Michael Gambon) and the scandalous abdication of Prince Edward VII's (Guy Pearce), Prince Albert (Firth) who has suffered from a debilitating speech impediment all his life, is suddenly crowned King George VI of England.

With his country on the brink of war and in desperate need of a leader, his wife, Elizabeth (Helena Bonham Carter), the future Queen Mother, arranges for her husband to see an eccentric speech therapist, Lionel Logue (Geoffrey Rush). After a rough start, the two delve into an unorthodox course of treatment and eventually form an unbreakable bond.

With the support of Logue, his family, his government and Winston Churchill (Timothy Spall), the King will overcome his stammer and deliver a radio-address that inspires his people and unites them in battle.

“The King's Speech” will be shown starting May 11, exclusively at Ayala Malls Cinemas (Glorietta 4, Greenbelt 3 and Trinoma).