Disney and Dream Works Studios have just released the first-look photos of Steven Spielberg’s new directorial effort “War Horse” – an epic adventure for audiences of all ages, and an unforgettable odyssey of friendship, discovery and courage. 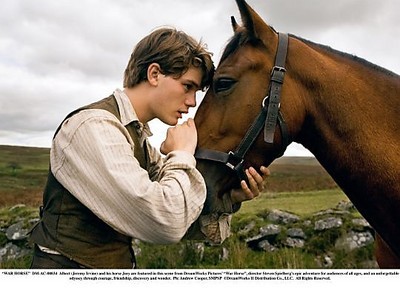 This sweeping tale of a young boy named Albert (Jeremy Irvine) and his beloved farm horse Joey, takes place at the outbreak of WWI. Joey is sold to the British cavalry by Albert’s father and dispatched to the front lines, Joey begins an extraordinary journey against the backdrop of the Great War. Despite the obstacles he faces at every step of his journey, he touches and changes each life he encounters along the way. Albert, unable to forget his friend, leaves home for the battlefields of France to find his horse and bring him home. 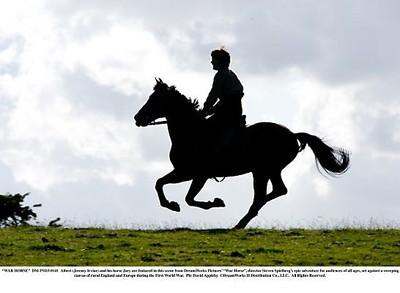 First published as a novel in 1982, “War Horse” quickly became a family classic of love and loyalty, beloved by children and adults alike around the world.