Love & Other Drugs showcases anew Anne Hathaway’s unconventional choices as she takes on the role of Maggie, a young artist afflicted with Parkinson’s disease that prevents her into entering life-changing decisions especially when it comes to relationships. Anne’s extraordinary risks in her career continue in “Love & Other Drugs” where she takes another brave choice and pushes her boundaries in a story of love’s powerful nature between a couple who tries to resist but eventually surrenders. 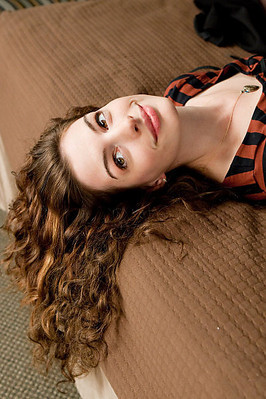 “Love & Other Drugs” tells of two people, both free-spirited who started out having casual sex which then evolved into something much more complex. Maggie’s disease makes it difficult for her to continue her work, slowly impairing her speech and motor skills. Jake on the other hand plays Jamie Randall who is an ultimate seducer working at the giant pharmaceutical Pfizer. The two initially agrees to a no-strings-attached arrangement, just sex whenever and wherever each of them needs it. But as their casual relationship turns into weeks, both feels an uneasy change when Jamie unexpectedly mans up and starts taking responsibility for Maggie. Maggie, on the other hand is slowly opening up to the possibility of depending on to somebody to entrust her life. 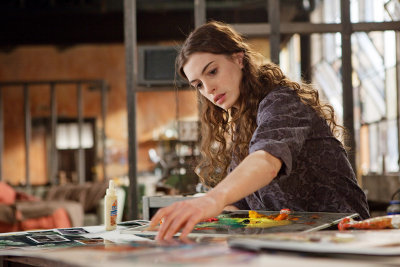 “When Maggie meets Jake, she is at a transitional moment in her life,” says Hathaway. “She hasn’t accepted her challenges, and more importantly, she hasn’t been able to accept herself.” Hathaway and the filmmakers made sure that Maggie’s condition shapes the character’s attitude and was always in the service of the character. “I loved how seemingly fearless Maggie is,” says Hathaway. “I was moved by the challenges she faces and by the façade she presents to the world, as an idealized sex goddess who is fine with everything and anything. But there’s an aching and yearning there; she’s scared and vulnerable, and a wonderful person under all of that. As an actress, you dream of opportunities to explore those things.”

She received advice from another real warrior in the drug wars, Lucy Roucis, a professional actor with Parkinson’s disease (diagnosed when she was in her late twenties) who now works in Denver with an acting troupe called PHAMALY (the Physically Handicapped Actors and Musical Artists League, Inc.). In the film, Roucis also plays a part as a person afflicted with Parkinson’s whose shtick at a convention for Parkinson’s patients helps Maggie begin to come to terms with her condition.

Anne Hathaway shot to stardom when she starred opposite Meryl Streep in the sleeper hit “The Devil Wears Prada.” She eventually secured her place among the highest echelon of actresses when she starred in Jonathan Demme’s critically acclaimed “Rachel Getting Married” where she garnered nominations from Academy Award, Golden Globe®, Independent Spirit and SAG Award in the lead actress category.

Hathaway recently starred in box office hits – the ensemble romantic comedy “Valentine’s Day” and in “Alice in Wonderland.” Her other film credits include “Bride Wars,” “Get Smart,” “Becoming Jane,” “Passengers,” “Brokeback Mountain,” “The Princess Diaries” and “The Princess Diaries 2: The Royal Engagement,” “Havoc,” “Ella Enchanted” and “The Other Side of Heaven.” She also stars as the lead voice Jewel in the upcoming colorful family movie “Rio.”

“Love & Other Drugs” opens January 26 in Manila, Cebu and Pampanga theaters from 20th Century Fox to be distributed by Warner Bros.