Freska started out as a desire of a group of full-blooded Ilonggos to bring authentic Ilonggo home cooking to Manileños and Ilonggos alike. The concept originated when the founders saw a lack of reasonably priced and authentic Ilonggo fare in Manila. The vision eventually evolved into bringing families together to enjoy Ilonggo food at a whole new level. At Freska, expect nothing but original Ilonggo cuisine made modern by Chef Pauline Gorriceta-Banusing.

Not known to many, Iloilo is where popular dishes- such as the Lapaz Batchoy, Pancit Molo, Guimaras Mangoes, originated. Apart from this, Iloilo is also known for its bountiful seafood such as Roxas Oysters, Scallops, and Diwal (Angel Wings). At Freska, you can savor these Ilonggo dishes plus other Ilonggo favorites, Kadios Baboy Langka (“KBL), Chicken Inasal, Chicken Binakol, and its signature dish, the Managat (Visayan Snapper). 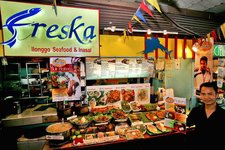 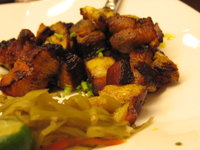 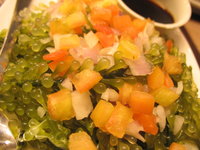 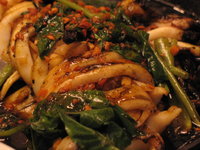