TKB by Tanduay: Eat Your Rum with Booze-Infused Japanese Food

It's not a secret that Filipinos love Japanese food so when there's a new Japanese restaurant in the neighborhood, it's definitely worth checking out!

It's not a secret that Filipinos love Japanese food so when there's a new Japanese restaurant in the neighborhood, it's definitely worth checking out! 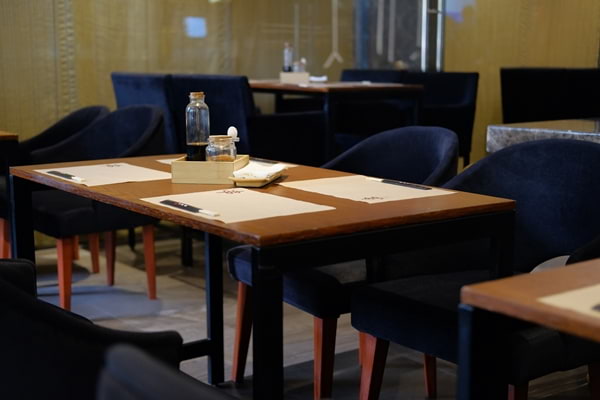 TKB which stands for The Kushi Bar is Tanduay's latest venture into the food business, featuring traditional Japanese dishes infused with rum. The group behind the famous ramen joints Yushoken and Mendokoro Ramenba are the same people who created the menu for TKB so you can expect every dish to have that extra umami!

Staying true to its Tanduay branding, you'll notice the oak barrel fixtures upon entering the restaurant. The interior of the whole restaurant also gives off a minimalist and lavish feel but, fret not, everything on the menu won't hurt your pocket.

To begin your umami-filled meal, start off with a slightly simple serving of Garlic Edamame (P130) which is a usual appetizer at any Japanese restaurant. Moving on to a dish that would wake your tastebuds up is the Miso Cream Cheese (P250), mixed nuts and dried fruits marinated in rum, mixed with cream cheese. You'll be surprised how these different elements could blend flawlessly.

Being a kushi bar, skewered meat is one of the highlights – you can have them either grilled or battered then deep fried. If you opt to have them grilled, you can choose between just salt and pepper (shiokosho) or brushed in a sweet soy sauce (tare). A stick or two just isn't enough! The meat skewers are sold per piece and ranges from P70-P140.

If you want to skip on the kushis, a serving or two of the Teba Karaage (P200) is something that's highly addicting as well. These kimchi-marinated chicken wings are deep-fried to perfection to achieve that crispy skin and meat that's oozing with juice. You can actually hear the crunch when you bite into it! The Ebi Miso Ramen (P250) may be the only ramen on the menu but it sure does complement the whole menu. Unlike the ramen at Yushoken or Mendokoro Ramenba, TKB's ramen has a light but flavorful prawn broth. They also create the tender ham roll which they put on top of the springy noodles.

From the appetizers to the mains, they do not shy away from what they put in their dishes, just like in this Bara Chirashi Sushi (P250/single; P600/half; P1,000/whole) which is a plate full of rice with fresh tuna, salmon, ikura, tako, shrimp and tamago tossed in Japanese spices. It is almost a full meal on its own!

Not ready to go home yet? TKB has five kinds of shooters you can try – Aomori (Apple Wasabi), Tokushima (Ginger Calamansi), Kumamoto (Watermelon Basil), Miyazaki (Cucumber Basil) and Nagano (Lemon Apricot). A personal favorite is the apple wasabi which makes for a good palate cleanser or a meal-ender! Everything is priced at only P188 for four shooters.

TKB by Tanduay is located on the Ground Level of PNB Building, Ayala Avenue, Legaspi Village, Makati. Follow them on Facebook and Instagram for exclusive updates.