I think the French language is just as exquisite as its cuisine – sophisticated, refined, and lavish. Even if I do not understand French, I’m sure some if not most of you also consider it to sound beautiful as every syllable rolls off the tongue. And as for French food, I rarely get a chance to savor it because there are but a few around the metro that serve French cuisine, and most of their items go far above my budget.

A restaurant located at the posh strip of Serendra caught my interest when I first tasted their food at a relative’s birthday party. Impressed with their food and service, I brought along my fellow foodie friend Marian to the restaurant to have our fix of French dining for the day.

Named after the French word for spoon, Cuillère (pronounced ku`yer) promises its clientèle authentic French food…without pretentions. Cuillère is owned and run by Arlene Arce and Chef Katrina Arce Kuhn, their family best known for the Arce Dairy Ice Cream. Chef Katrina lived in France for several years and studied French Gastronomy; the brasserie lifestyle was something she fell in love with and adapted to easily, and now she offers the same French quality and comfort food in our city.

Cuillère’s interiors are in shades of red and hung on its walls are framed vintage French illustrations. On one wall, a mural is painted, and gives diners the feel of dining al fresco, on cobblestone ground. The mural is rather fetching, and that’s probably why customers request for their photos be taken beside it. The restaurant was also warmly lit with a stream of afternoon sunshine the time we had our lunch, and it set the mood for a wonderful lunch experience.

We also had the Salade de Roquette au Chèvre Chaud (Arugula with Warm Goat Cheese, P385)
. The salad is a mix of rich and peppery Arugula with basil Vinaigrette, cherry tomatoes and pine nuts. What makes this salad work wonderfully to my taste is its topping of warm goat cheese, and a drizzling of honey. Both Marian and I simply love the salad.

The last time I had a serving of duck was months ago, as I have written before that I’m not really a big fan of duck since I find the taste very rich (maybe because I keep in mind it is high in cholesterol). But Cuillère’s Confit de Canard (Duck Confit, P895) does not disappoint me.

The duck confit is served with garlic mashed potatoes, and the best caramelized onions I’ve ever tried. The sweetness of the onions and its soft texture is a perfect match for the crisp, well-browned duck meat. If you want to spoil yourself every now and then with a rich dish, try this one from Cuillère.

Oh, and there is another exquisite, and equally-rich item on their menu that we tried for lunch that day… steak!

Filet de Bœuf, Sauce Fromage Bleu (Tenderloin Steak with Blue Cheese Sauce, P545) is another comfort food from France. We had the serving of beef tenderloin steak cooked medium-well, and it was presented on a bed of spinach and artichokes. The beef was utterly tender and lean, and the serving of blue cheese sauce is exquisite with a forkful of sliced meat.

The milkshakes are also available in other flavors like Chocolate, Café, Jackfruit, Avocado, Dark Caramel and Green Tea. 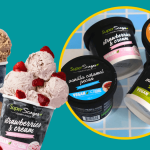 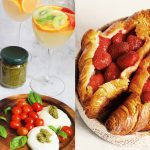 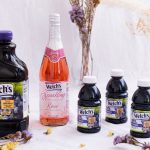 Have a Healthy Celebration This Mother’s Day with Welch’s 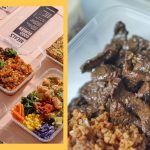 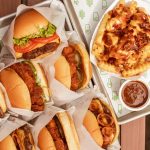