Budget Eats for The Hungry Cheapskate

I’m a proud kuripot. Okay, maybe not that much of a Scrooge, but I admit to liking the fulfillment of finding bargains and good steals when shopping. At times, this love for bargain-hunting transcends even to my choice of restaurants. While I splurge sometimes when the occasion or craving calls for it, I, like any other average money-earner in the Philippines, could not afford to shell-out P500 for a meal every single day.

Good thing though that the metro is brimming with budget-friendly restaurants in almost every corner– be it your trusty neighborhood carinderia, or your go-to fast food chain. I’m happy to report, too, that hole-in-the-wall concept eateries are continuously mushrooming here and there– a business trend we all should be grateful for. Thanks to these quirky restos, we are spared from eating the same fried thing over and over again just because we only have a hundred pesos budget for a meal.

So for all my fellow wise-spenders out there, here’s a shortlist of the latest affordable joints I’ve tried and tested from all around the metro. Read through it as I may have included one near you. 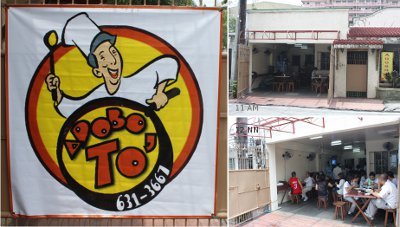 At 11am, 31 Gen. Delgado Street, San Antonio Village looks like any ordinary, peaceful residence with their gate wide open. At 12 30 pm though, it’s as if the humble garage suddenly transforms into a site for a celebrity’s autograph signing event. The place is crammed with jovial fans; outside the gate, stand more, patiently waiting for their turn. The star? The good ol’ Adobo. 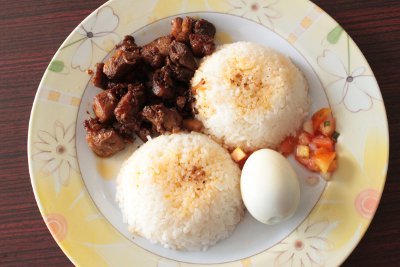 From being an occasional bazaar concessionaire, Adobo To’ evolved into a full-fledged restaurant with a growing number of fans—- most of them, employees from nearby offices. The carinderia-style resto tucked inside a village, just a few blocks away from the Ortigas corporate district specializes in adobo– a dish easily favored by many. Variants include Spicy Adobo, Coco Adobo (my personal favorite), Cheesy Adobo (another favorite), Adobo Sisig, and Adobo Flakes (P70). Each order comes in a plate with egg, rice, and a teaspoon of tomato salsa on the side. 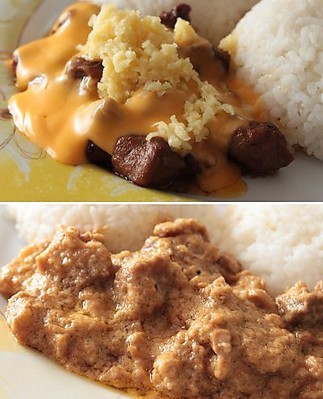 Aside from the Adobo dishes, which come in pork or chicken, Adobo To’ also offers other Filipino favorites such as Lechon Kawali (P75), Crispy Tawilis (P70), and your usual ‘silog’ family: Tocino, Longganisa, and Tapsi, all priced at P70. 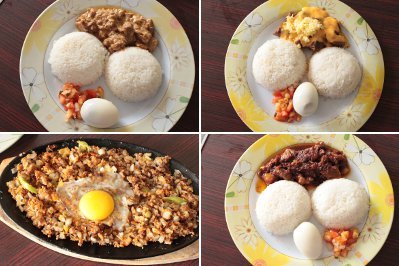 Finding your way to the exact house can be a bit tricky because some gates are reserved for residents’ use only and the many one-way roads within the village. I advice you to check their Facebook page for directions on how to get there.

Along the busy commercial street in Jupiter, Makati, is a new comer named XO Kitchen. The casual Chinese resto occupying a stand alone building is also starting to gain some buzz made evident by an energetic yuppie crowd during lunchtime. 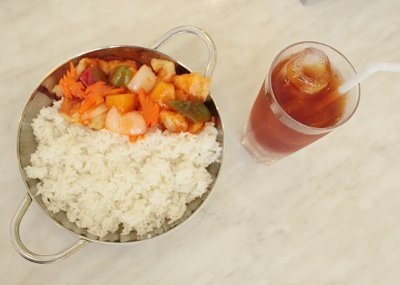 If you think that feasting on Chinese fare with a budget under P150 is only possible in a fast food incarnate (that is barely Chinese, if at all), then try XO Kitchen’s Rice Meal sets– all of which are under P130. My recommendations include 3 Cups Chicken (P120): a rather tasteful dish of the humba vein, which would compel you to order for extra rice, and the Sweet and Sour Fish (P130): the real- home cooked- deal. Prepare to wait for 7 to 15 minutes for some of their dishes since it is in their policy not to pre-cook their food. 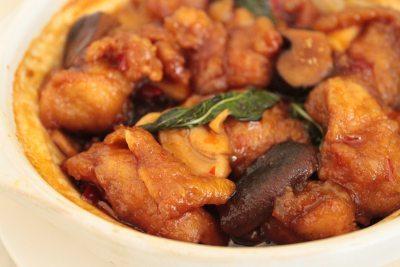 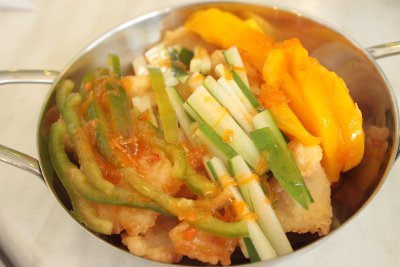 Aside from their fresh from the stove hearty lunches, their dimsums are not to be missed as well. (Trivia: XO Kitchen started as a home-based dimsum and XO sauce store, with owner Jean Tan personally making each and every order from scratch) Order their Fried Shrimp Wanton (4 pcs for P85) for some peso well-spent. Their Hakaw (P95) and Pork Shrimp Siomai (P80) are highly-recommended, too. 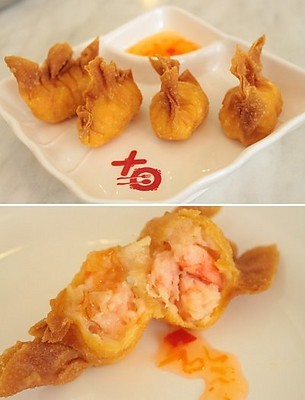 If hole-in-the-wall budget restos is the concern, then of course the burgeoning foodie district of San Juan has to have a representation. Among a lot of affordable joints scattered in the area is Yen-Yen Taiwan Street Food, located beside a car maintenance shop along Gilmore. How “more hole-in-the-wall” could one get? 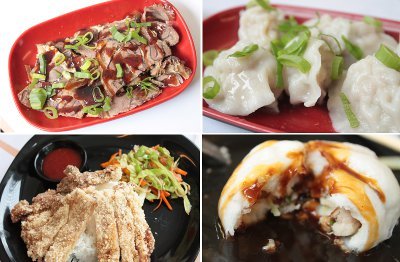 Yen-Yen has a pretty lengthy list of food in their menu. If you’re up for a quick lunch, pick their Taipei Braised Beef Noodle Soup as it always suffices. This jumbo bowl offers a soothing fill of flavorful noodles, well-worth its price. I personally can’t get enough of this! 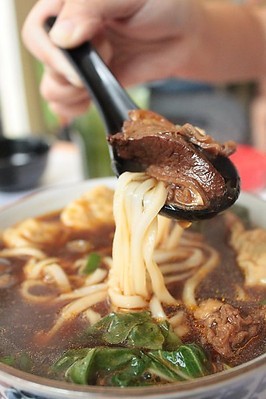 At par with the goodness of the Beef Noodle Soup is their Taiwan Cha Chang Noodles— a really good bargain at mere P68! I haven’t tasted a mixture of spices in a noodle of this sort (it pretty much echoed tamarind flavors, but not really) and tofu cubes this dark (and awesome!). It’s my first time to find a non-meat dish deemed ‘healthy’ this addicting. 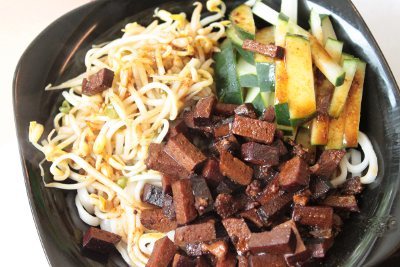 Yen-Yen is small and it fills up pretty fast. Finding tables can be a problem when dining during their peak time (lunch and dinner, especially on weekends) so try coming in before or after those hours. Parking, too, can be a bit problematic as there isn’t much space allocated for them. 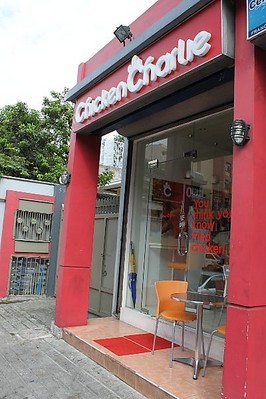 It has been only 4 months since Chicken Charlie opened and so many curious people (even from the far flung city of Paranaque) have found themselves in Banawe just to sample the twice-cooked fried chicken unique to the resto. 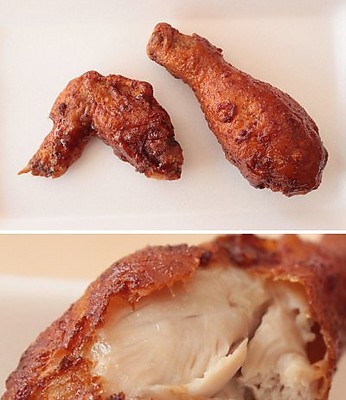 ‘It’s chicken like no other,’ fans rave. Having tasted their special twice-fried chicken, I can attest to the difference. The thinness and crispness of the fried chicken’s skin alone is distinct– certainly cannot be compared to the bulky ones offered in fast foods. Its armor of batter coating is almost not discernible anymore from the chicken skin. However, you’ll still be eating noisily as the requisite ‘CRRRUNCH’ is definitely present in every bite. 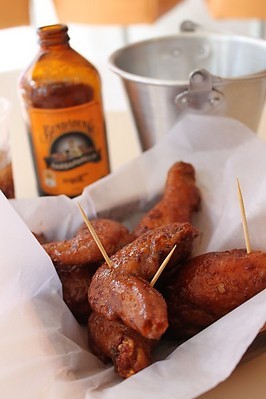 I love how their chicken echoes the salty, garlicky flavor of Asian spectrum. I can easily consume a boxful of chicken in one sitting. But the biggest surprise came in the form of the Charlie’s Bowl: a good-portioned rice meal I wouldn’t mind eating every day. The cup of rice, kind of like the size of a large yogurt cup, is topped with a generous serving of chicken fillet tidbits and the special soy-garlic sauce. If only they had a branch near my office, I’ll have this as one of my staple budget lunch options. 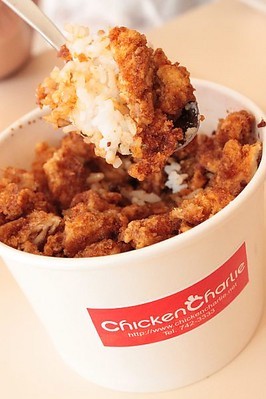 Chicken Charlie, like Yen-Yen, is also rather small in space. Parking is generally easier, though. They advise you to call for advanced orders so you won’t have to wait long. As in XO Kitchen, they do not pre-cook anything.

Caveman and Yeti
Biggest steals: Sesame Mochi Bun (P28), Crazy Yeti Bowl a.k.a. Pile As Much As You Can In One Shave(P108++ depending on the topping), Caveman Creations: Strawberry Heart, Choco Nutty and Ube Mungster (P68 /regular, P98/ sharing) 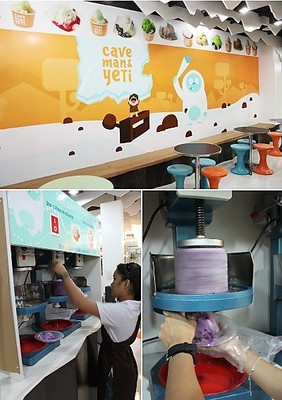 Caveman is a tiny primitive who likes throwing mochi balls to his arch-enemy: Yeti, a legendary Himalayan creature with an adorable off-center smile. 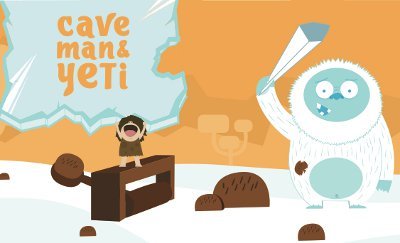 Awwww. Look at them lovable characters! This store deserves A+ for mere cuteness! But since cuteness isn’t the topic of this article, it’s better to highlight Caveman and Yeti as a promising dessert concept that might just be the next big craze in the metro. An affordable one, at that!

Caveman and Yeti brings to the Philippines the flavored shaved snow concept now popular in our neighboring Asian countries. Unlike the regular ‘roughly’ shaved ice, their shaved snow is as fine as you can imagine it to be. Precise temperatures and special shavers are required to produce the cotton-candy like lightness of the product. Upon entering your mouth, the flavored snow melts fast, producing an unexplainable but incredible sensation you haven’t ever had with ice creams and yogurts before. 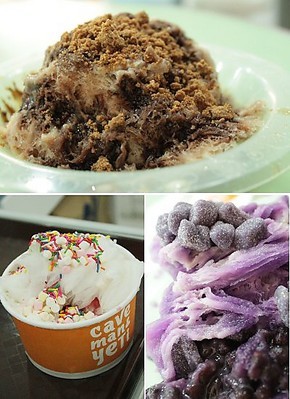 Well-loved flavors are Choco Nutty and Ube Mungster. Many are fascinated as well with the Strawberry Heart which is like a cold version of cotton-candy. I personally like Choco Nutty and Choco Nilla and I’m set to try the Banana Choco next. All of these go well with their unique, hot mochi so better add that on to your order list. 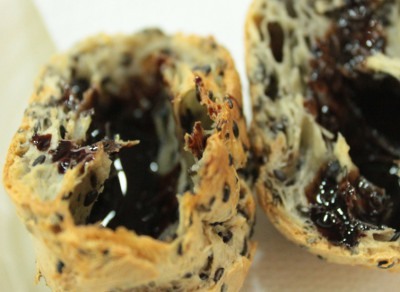 They currently have a promo wherein the person who can shave the tallest snow tower will become the Yeti of the Month and is entitled to getting 1 free shaved snow bowl in his every visit for that month. Sounds easy? Then head on to Caveman and Yeti and shave as high as you can! 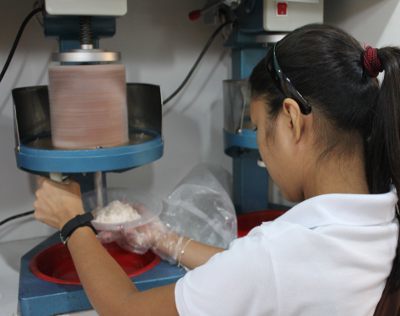 So there you have it. Five of the metro’s yummiest bargains. I’m constantly on the look-out for deals such as these and if I find more, I’ll be happy to write a part two. In the meantime, here’s to making our tummies happy, while keeping our pockets far from empty! 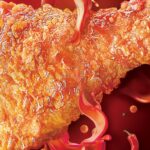 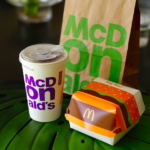 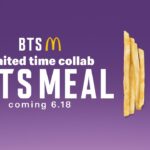 WATCH: The McDonald’s Crew Does the #McDoCrewDanceChallenge Before the PH Launch of the BTS Meal 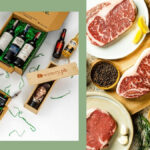 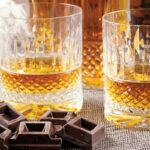 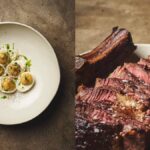 Savage BGC is Finally Back for Dine-In Guests!