The former Junior Sous Chef at Joël Robuchon’s restaurant is now Enderun's new Chef de Cuisine at Restaurant 101. Find out more about him in this interview.

Enderun’s Restaurant 101 ushers in a new Chef de Cuisine for the new year. Chef Julian Köberl debuts with a special Market Menu that changes every month at Restaurant 101. Chef Köberl went to culinary school in Austria, his home country, and has then worked around the world: at Gasthaus Schasching, Hotel Lärchenhof and Sporthotel Royer in Austria, Fuerteaction Bistro in Spain; later on becoming head chef for six years at Hotel Risco del Gato in Spain. He then traveled to Singapore, and became Junior Sous Chef at Joël Robuchon’s fine dining restaurant at Resorts World Sentosa. 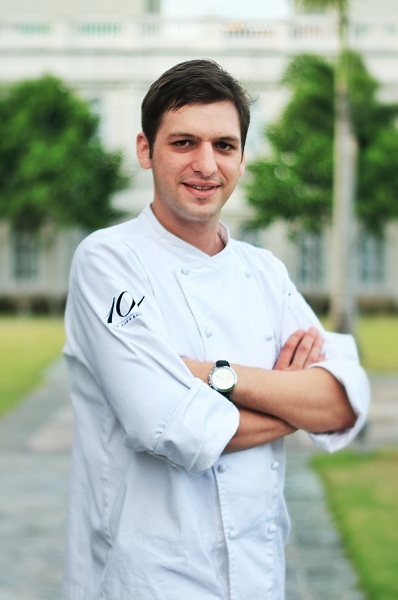 How was the atmosphere like working at Joël Robuchon's restaurant [Robuchon is the world's most 'Michelin-starred' chef]?

It was quite stressful, actually. Maybe not the working stress, it's more like the mental stress, because everyday you have to be one hundred percent. There cannot be any mistakes going on in the restaurant. If there's any small detail not right, it's like catastrophy. They're three stars Michelin, and you can't make any mistakes there. It's not like here (in Enderun), we are working with students, and what makes it fun is that it's nice to see them growing. It's great like this, I like it more.

How is it so far working with the Enderun students?

It makes it fun, actually. They are very interested. They are not coming to work to be paid. That's the good thing with the students — they are interested and that's why they are coming. They want to know and they want to learn, and I'm willing to teach them and willing to show them what I can. What I know, they will know.

What is your inspiration in coming up with the dishes for Market Menu?

It's hard to say. For example, the chicken-prawn combination (Stuffed chicken breast, Crispy fried king prawn, fennel, and corn cakes). There's an Asian touch, like in Chinese there's always chicken and prawn. I always like that combination. You have to think about it — the menu, the dish. What can you do? Which ingredients do you have? What can you get from the market here, from the local products? It's also often the problem of quality, of the products. Sometimes it's good, the day after it isn't anymore. 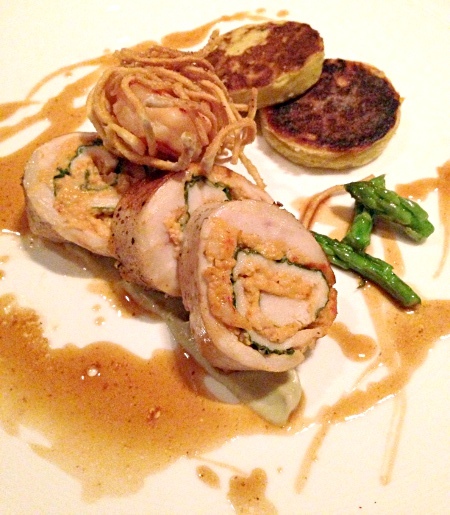 Do you base your menu on what's available on the market? Seasonal?

Basically, yes. You think about what you want to do, which flavors are great together, then you have to find out what can you get. Then I get help from my senior staff, they can tell me what is available and what is the price. Like this, we can find our menu.

Were there challenges in working with different ingredients here that you aren't familiar with?

Yeah, there were a few things that I did not recognize here. Leek, for example. I  never saw leeks like this — it's spring onions or something like that. I told one of my students, 'Bring the leek,' and then he brought the leek, and it's spring onion! But he said it was leek, so okay. So we have to work with it. There are few other things as well…chives! Chives here, chives are also like spring onions — there's no big difference between chives and leeks here. They're very similar here.

Is there an ingredient here that you discovered that became your favorite or that you plan to use in the future?

Ah, these hand melons I think it's called… it's green and rough skin outside. Sayote? Sayote. I like it a lot, actually! If it's not overcooked. If it's just slightly cooked. I also put it for example in my asparagus panna cotta, there's also sayote with it. 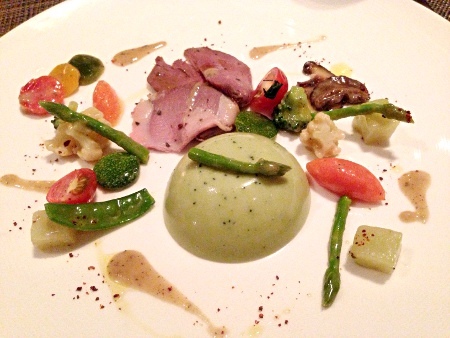 What made you think of frying a lychee (part of the dessert selection of Market Menu)? 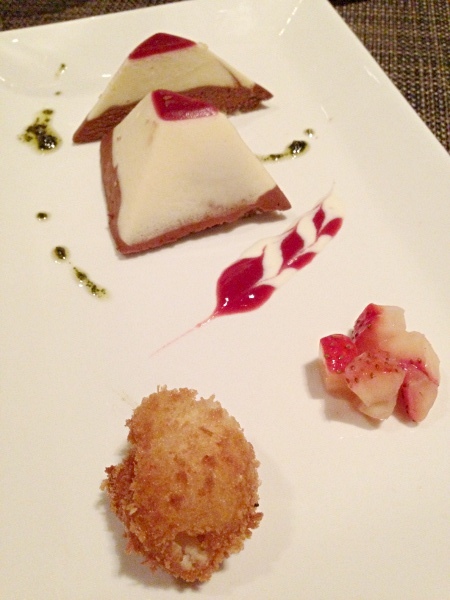 Is there a Filipino dish that you know how to make?

Yeah, I tried it once, Kare-Kare. And I think I made it quite well.

Is there any dish or food that make you miss home?

What I miss from home is cheese, basically. Cheese and sausages.

Is there a particular dish that you won't ever eat or try?

Have you tried balut?

How did you find it?

It was a bit disgusting when I started opening it, but it tastes very good. It tastes really good! I was a little bit disgusted when I opened the egg, and then there was liquid and then I saw the chick, and I was, "now I have to eat you?" But yes, it's really tasty. 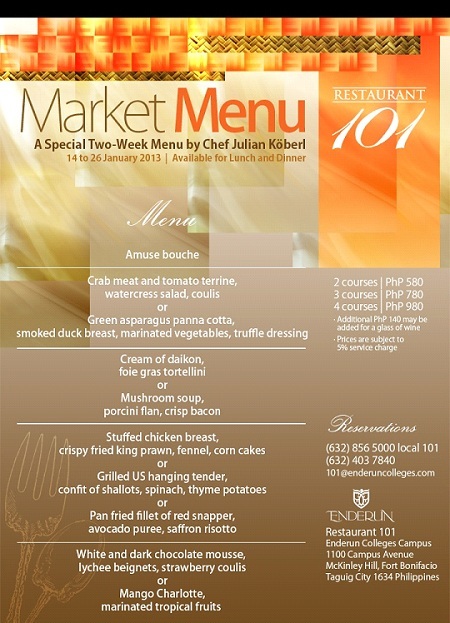 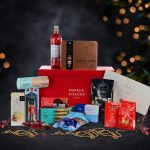 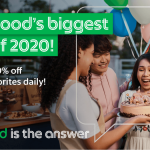 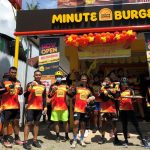 Minute Burger Got Bigger by Growing to 700 Stores This Year 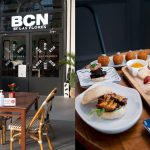 BCN by Las Flores opens in BGC on November 26! 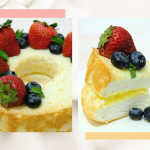 Eat Of The Week: A Heavenly Lemon Angel Cake for the Citrus Lovers 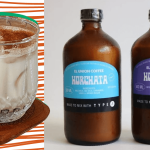