Looking for a place that has good coffee and serves real food? Black Canyon Coffee has both and more.

Black Canyon Coffee combines high quality, pure Arabica coffee with award-winning Thai cuisine. It has more than 200 branches in Thailand plus 40 stores in other international locations such as Malaysia, Singapore, Dubai and Indonesia. In the Philippines, the first store opened back in 2012 and is located along the Food Street in SM Southmall. 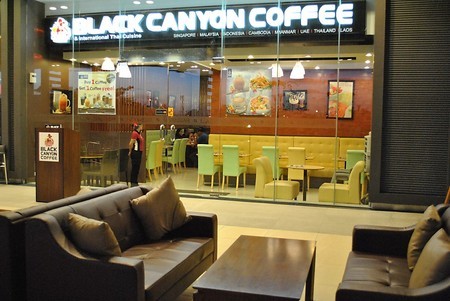 “We decided to bring Black Canyon Coffee to Philippines because of it being a strong brand here in Asia, having more than 200 branches in Thailand alone, and we don't have that many Thai restaurants here. They have one of the best Pad Thai, having won in a Pad Thai competition,” says Ms. Wilma Dy, President of Black Canyon Coffee Philippines. Something to look forward to is the opening of a second store within the second quarter of the year in McKinley Hill. 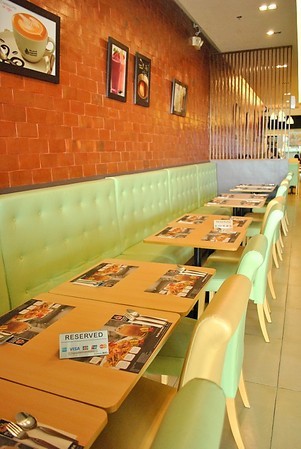 Inside the Southmall branch

Black Canyon takes their coffee seriously – so serious that they have a separate menu for their coffee and beverages. You will see the words “A drink from paradise available on Earth” written on the front, a tag line which was inspired by French diplomat Talleyrand’s words on a good cup of coffee, a quote that I personally love: “The best coffee is as black as the devil, hot as hell, pure as an angel and sweet as love.”

The extensive Food Menu has interesting dishes and is composed mostly of seafood, from spicy salads, pasta choices with a Thai twist and curries. Choosing what to order may take you a while but you can always go with the ones marked with the “Recommended” red tag.

Pasta in My Tom Yum, Coffee in a Boot

What I love about Black Canyon is that the servings are good for two people and you get great value for your money. Another good thing to know is that they don’t use MSG on any of their food. I met their Thai sous chef Preecha and tried to ask him what makes Black Canyon’s dishes different from other Thai restaurants and all he could tell me was “It’s a secret.” 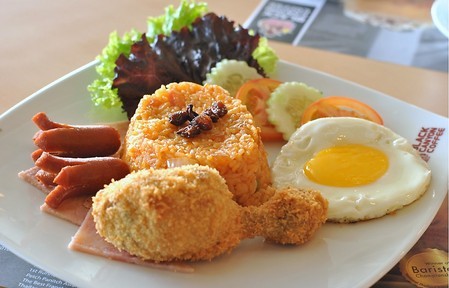 The first dish I tried was the American Fried Rice (P224). I’m also a big fan of breakfast food, so this was a shoo-in. It has egg, ham, cocktail sausages and fried chicken. The rice was cooked with a sweet-tasting (and secret) paste and was a great complement to the rest of the dish. 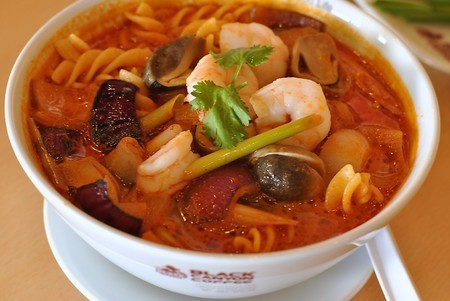 Next was a steaming bowl of Pasta in Spicy Prawn Soup or Tom Yum Goong (P216), also a winning dish in a Tom Yum competition. When it was set down in front of me, I thought “Fusilli in my Tom Yum? Why not!”. I’ve eaten Tom Yum before but this was definitely something new. It was comfort food with a kick and I wished I had more room in my tummy to finish the whole bowl. For those who are not so keen on spicy food, you can request for it to be milder. 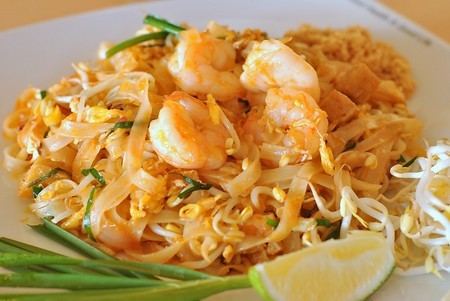 Then it was time for the award-winning Thai Style Fried Noodle with Prawn or Pad Thai (P194) served with a side of fresh bean sprouts and crushed peanuts. The different textures were very pleasant and the noodles were chewy-perfect. 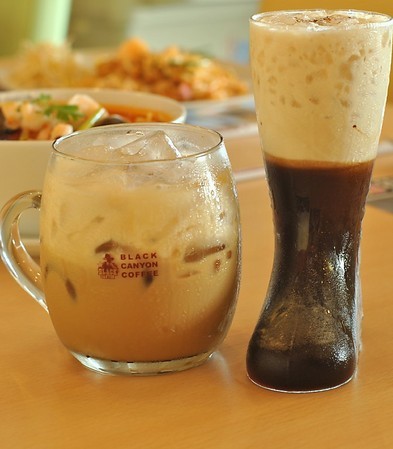 I also tried two of their coffee drinks. The Black Canyon Iced Coffee (P110) and the Mexican Iced Coffee (P130) served in a boot-shaped glass and has two shots of espresso and Kahlua syrup. Both are served with an extra dash of coffee granules on top, which added more aroma and body (and certainly woke me up!). The Cranberry Coffee Frappe is also one of the recommended drinks and something I’d like to try for my next visit.

Note to self: Whenever I get a hankering for a bowl of Tom Yum and a good cup of coffee, I know exactly where to go and only need to bring two things: a big appetite and a friend.