Established in Cebu in 2002, the much lauded establishment opened in Manila late 2013 and is one of the ones that’s almost always full.

The Queen City of the South is known not only for its rich history, pristine beaches, and friendly locals but also for its remarkable food. Cebu is a thriving metropolis that boasts of some of the best restaurants in the Philippines. Casa Verde is a much lauded establishment that was established in Cebu in 2002. It is a family-owned restaurant whose first branch was in an ancestral home that has a certain Spanish vibe. It got its name from the house’s distinct green color. The first branch still stands today.

Casa Verde got its name from its first branch in Cebu: a green ancestral house.

Casa Verde is one of the top restaurant recommendations for tourists who visit Cebu. I was told that visitors from Manila would ask for a branch that was a little closer to home. In September 2013, they got their wish. Casa Verde opened its first branch out of Cebu in the U.P. Town Center in Quezon City. The U.P Town Center is home to a lot of great places to eat but Casa Verde is one of the ones that’s almost always full. Even at 2pm on a weekday, which is considered a lull in most restaurants, it is never empty. 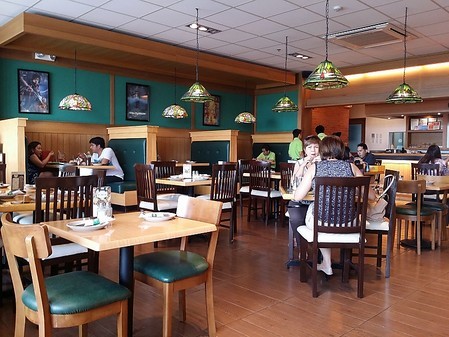 Casa Verde serves “American food that caters to the Filipino palate”. It didn’t take long for me to figure out why Casa Verde is a crowd favorite. The food: delicious. The servings: more than generous for the prices. The prices: shockingly affordable. The most expensive thing on the menu is P888! I was really happy because what I saw on the menu is exactly what I got, even better. There is definitely no false advertising in Casa Verde. We started our meal in Casa Verde with a light Watermelon Salad (P168). Slices of juicy watermelon sit atop crisp lettuce, sweet mango strips, nuts, and jicama which closely resembles turnip in taste. The salad is drizzled with a creamy sesame dressing. I would have preferred it without the dressing for a fresher taste so the next time I go there, I’ll ask for it on the side. 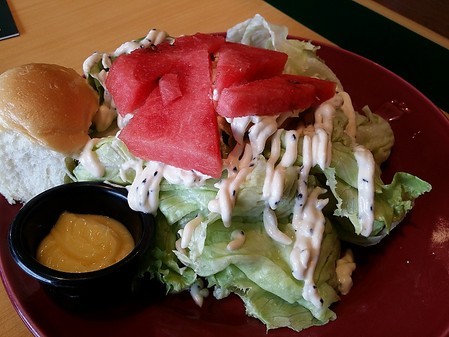 Simply Bliss (P96) on the drinks section caught my eye because it’s an interesting mix of orange and pineapple juice with coconut milk. The coconut milk lends its distinct flavor to the drink making it a nice combination of creamy and citrusy. They also have Bottomless Iced Tea (P75) that comes in Panama Orange and Raspberry flavors that are nice and tart, a good match with savory dishes. 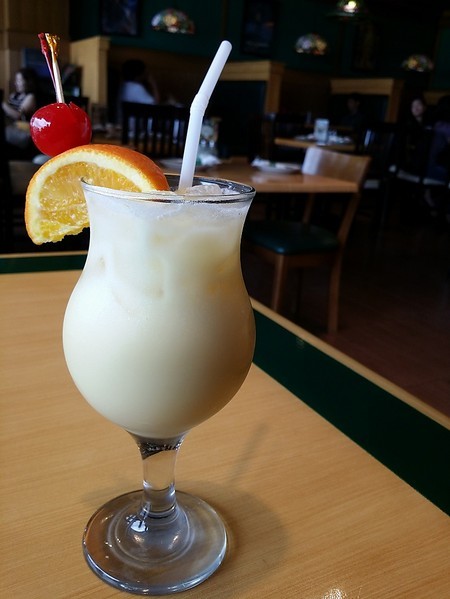 The salad was followed by a sample platter of three of their best-selling appetizers, Best Sampler (P328). Potato skins stuffed with cheese and bacon bits comes with a sour cream dip. The Buffalo wings were mildly spicy and the bleu cheese sauce was generous with its namesake. The thick cheese sticks came with a chunky marinara sauce. The appetizers are the kind that stick to your ribs so go easy on them as you may want to leave room for the mains. 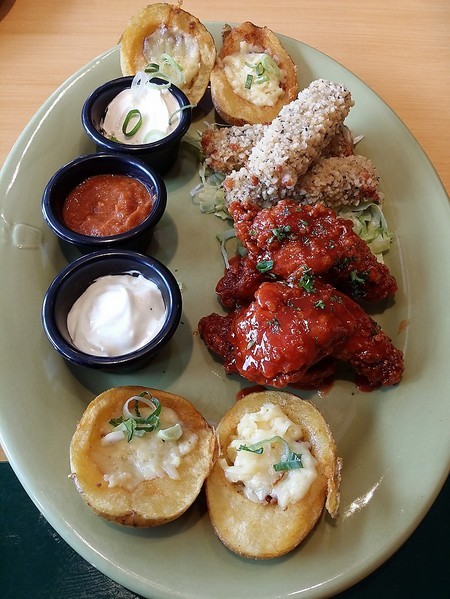 Casa Verde is famous for their Brian’s Ribs (P250), a tremendous serving of pork ribs glistening with a coating of sweet and tangy barbecue sauce. Served with rice, corn, and carrots, it’s hearty and filling, comfort food that will make your tummy happy. It’s a steal for the price because it can easily feed four people. In fact, most of the dishes on their menu can be shared by groups of 2-4. 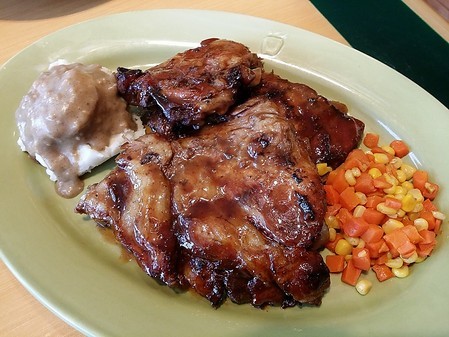 David Dean’s Tenderloin (P268) is a mini tower of meaty deliciousness. The base is perfectly creamy and well-seasoned mashed potatoes slathered in a chunky mushroom gravy. USDA steak cooked to your preference (rare for me) sits atop the mashed potatoes. A slice of cheese is draped on the meat. A glorious shower of crispy fried onions tops the whole structure. Make sure to get a slice of each layer with every bite as the flavors of each component complement each other. 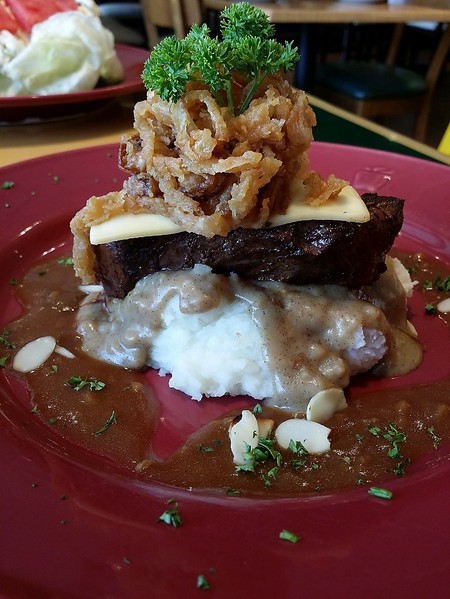 For dessert I decided to go with the promisingly named Death by Chocolate (P188). Chocolate and nutty rocky road ice cream studded with chocolate bar bits is encased in a thick chocolate shell. Let’s not forget the chocolate cookie crust on the bottom. I may have overused the word chocolate in this paragraph but that’s how it is. It’s heaven for anyone who likes chocolate. A tangy alternative is their ice-cream based cheesecake paired with strawberry compote and orange twist, Bliss O’ Berry (P248). 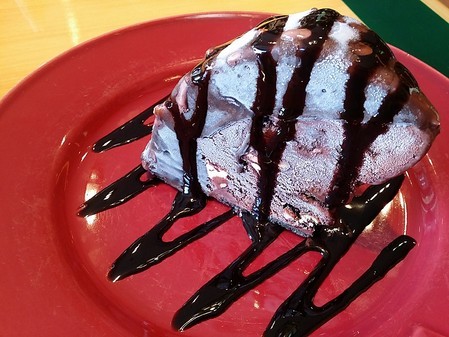 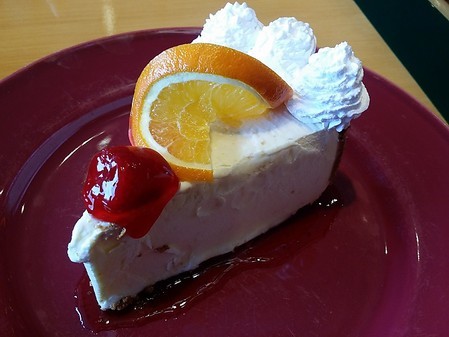 Casa Verde is a huge hit in Cebu for a good reason. They take great care of their customers by making sure that their food is consistently good at phenomenally reasonable prices. It’s the same reason why, not even a year open, it’s a huge hit here in Metro Manila and will continue to be so for the forseeable future. 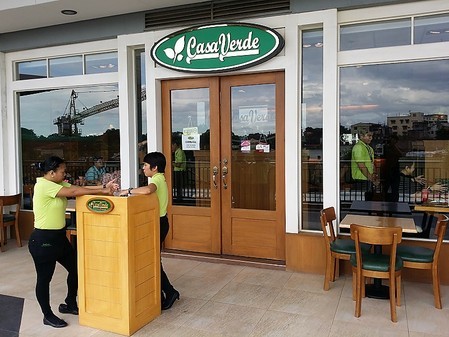 Casa Verde’s first branch in Metro Manila is located in the U.P Town Center in Quezon City, and is open on Sunday –Thursday from 11:00 am – 10:00 pm and on Friday – Saturday from 11:00 am -11:00 pm. For more details, visit their website: www.casaverdecebu.com. 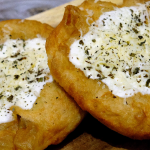 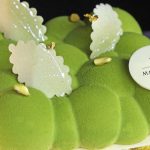 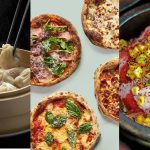 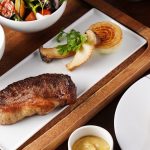 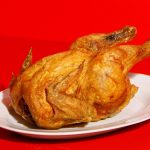 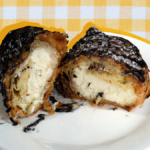