Paella in Manila: 12 Restaurants for Your Spanish Rice Cravings

Filipinos revere rice and love Spanish cuisine, so it's easy for us to adore the Paella. Spain's festive and colorful dish, bursting with flavors in every rice morsel and topping, is best served hot on a paellera pan and also a perfect feast to share. Craving for some? Here's our list of 12 places for your many kinds of traditional and modern paella fix.

Filipinos revere rice and love Spanish cuisine, so it's easy for us to adore the Paella. Spain's festive and colorful dish is bursting with flavors in every rice morsel and topping; it is best served hot on a paellera pan and also a perfect feast to share, making it a staple in many festive events and gatherings. 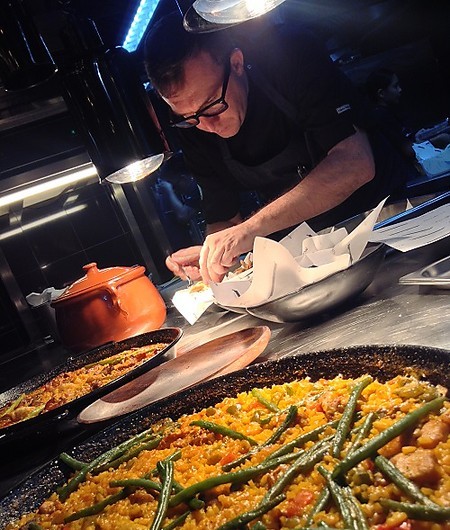 Paella, (pronounced as 'pie-ey-a') traces it origins to Valencia, Spain. It is a main course of rice simmered in flavorful broth combined with meat and vegetables making it a complete meal on its own — starch, protein, and greens. The key to a perfect pan of paella is the kind of rice used, the stock in which to simmer the rice, and good quality of ingredients (meat/seafood) as topping. Slow-cooking is important, hence paella orders in restaurants usually take quite some time. The most common paellas that are easily found in most Spanish restaurants' menus are the traditional valenciana (and its many modern interpretations) with chicken and seafood, the squid-ink negra with its trademark black rice, and marisco/marinera or seafood paella. Another offshoot from paella is slowly becoming more recognized locally– the fideua, a 'pasta paella' where short and thin vermicelli-like noodles replace rice. 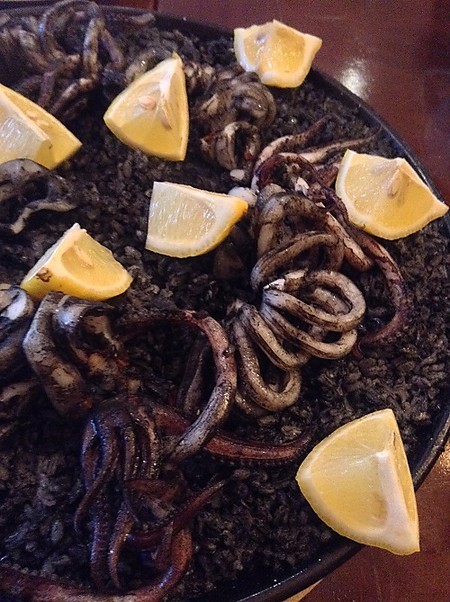 Craving for spoonfuls of that flavorful Spanish-style rice? Here's our list of 12 places for your many kinds of traditional and modern paella fix in the metro. 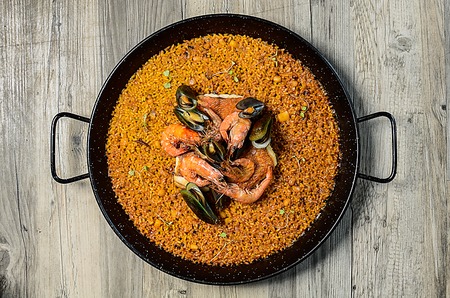 As its name suggests, rice is the hero at this Spanish restaurant specializing in paella. Paella at ArroZeria can be served in two consistencies: al dente and thin, or soft and wet. Traditionally, it is consumed the former in Spain, while locally (and as well as in other Asian versions), we partake of paella in a softer and wetter consistency.

Preparation time: 30-45 mins for Caldoso, Meloso, and Paella. Servings are priced per person. Signature paellas are also available to go, call 974-4742 in advance to inquire on availability/pre-order, and have them ready for takeout. 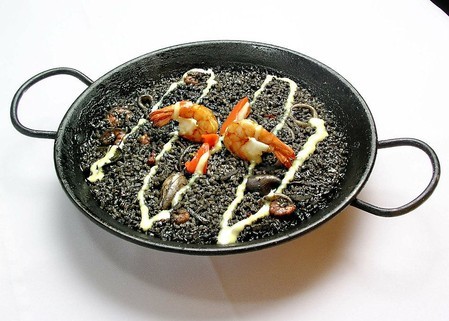 Serving Manila since the 1950s, it is one of the oldest Spanish restaurants in the metro. It's also a goldmine of paella, boasting of 18 varieties in their menu from classic flavors to new ones. 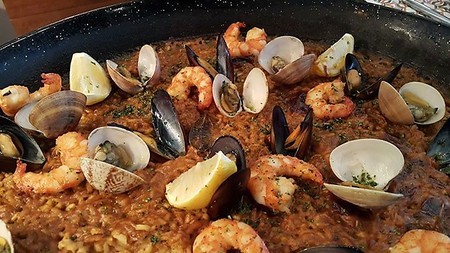 A favorite haunt of mestizos and the posh who crave for tapas and modern Spanish and Basque fare, this popular BGC restaurant always recieves a great dinner, tapas, and sangria crowd. 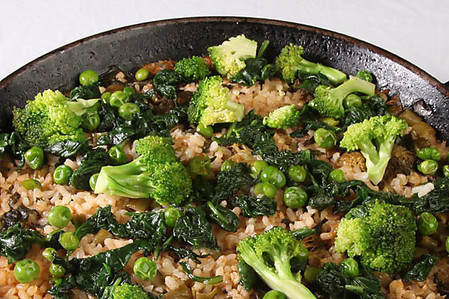 Another authentic Spanish restaurant that stood the test of time is Casa Armas, founded by the late Señor Jesus Armas as delicious homage to his home country. The usual stars of feasts in this restaurant are the cochinillo (roast suckling pig) and of course, a big pan of their best-selling paella. 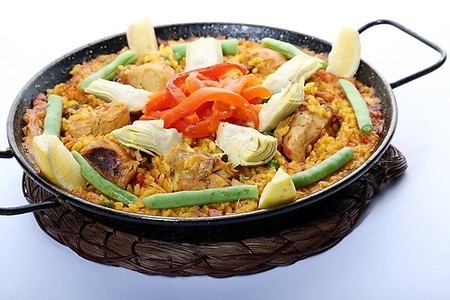 This Spanish resto bar located in Greenbelt 5's ground level is popular for their tapas and pintxos selection best paired with their lineup of wine, sangria and cocktails. For bigger cravings and bigger groups of people dining, their paella is recommended as every order is good for sharing.

Paella is good for 2-3 persons. 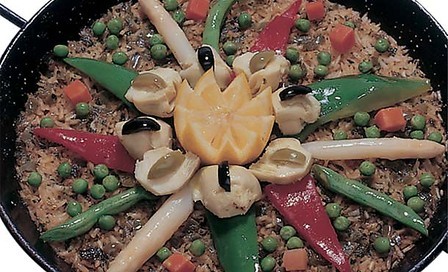 Makati seems to be a favorite city for Spanish restaurants, as yet another paella place in this lineup is located in Bel-Air, another popular neighborhood filled with food concepts. This old favorite, established in the eighties, presents Spain in many plates, bottles, and paelleras.

*Paella is good for 2 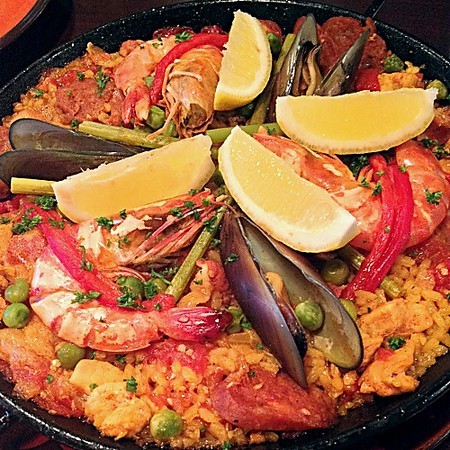 This restaurant showcasing homestyle Spanish cuisine is homey and warm, and its first branch opened in San Juan's Calderon Street, hence its name. Calderón’s signature dish is the paella, it being one of the dishes that started it all. 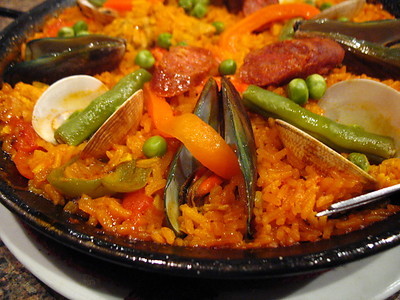 This restaurant's approach to Spanish food is casual and affordable, making every day dining possible with filling meals that suit the P300 budget. Paellas here are reasonably priced, and good for sharing. 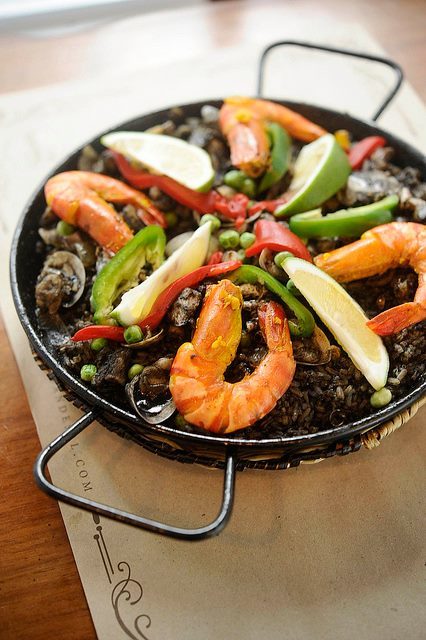 Here's another oldie but goodie: Casa Marcos has been around since the 1940s, a family-run business proving that we've truly been deeply rooted in Spanish cuisine that surrounds itself with good company and warm ambiance.

Paellas are served on a 12 inch paellera, good for 5-6 persons. 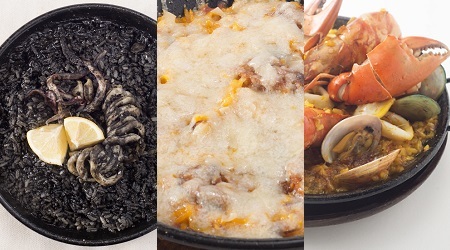 Situated in the foodie haven of Mega Fashion Hall, Alqueria is the first Spanish restaurant of the Sumo Sam group and its offerings of hearty entrees in generous servings prove to be a challenge in leaving extra space for the 'chocolateria' part of the establishment–dessert. 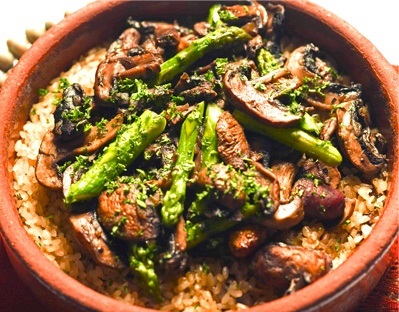 Leave it to one of Manila's top chefs to serve you a festive spread of Spanish favorites. Chef J. Gamboa's restaurant opened in 1995, and since then has been a top pick for classic tapas and paellas, as well as the chef's signature creations. 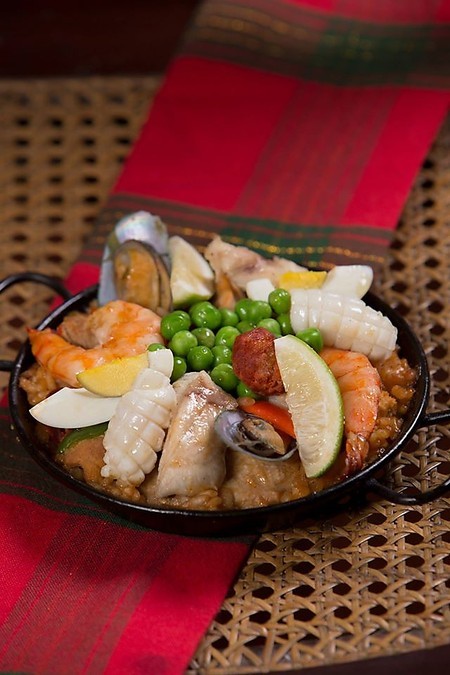 A visit to Old Manila will make your senses travel back to our Spanish roots, and dining in this Manila ancestral home will give your palate an experience of turn of the century homecooking. Heirloom recipes served within an elegant old world ambiance is what you'll get inside the Legarda Ancestral home.

You can hire the cooks and have them cook paella in your garden as part of your buffet set up: P8,000 for large paellera, good for 30-40pax 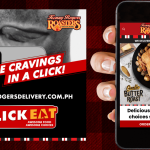 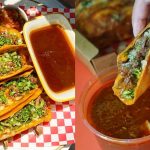 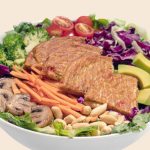 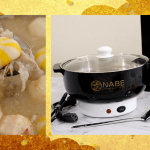 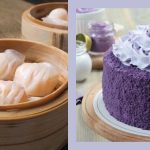 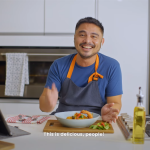