On Tuesday, November 12, 2019, at 4pm, the Spanish expert on Marine Sciences Dr. Emma Huertas will impart a talk on the state of the oceans at the Intramuros branch of Instituto Cervantes de Manila. 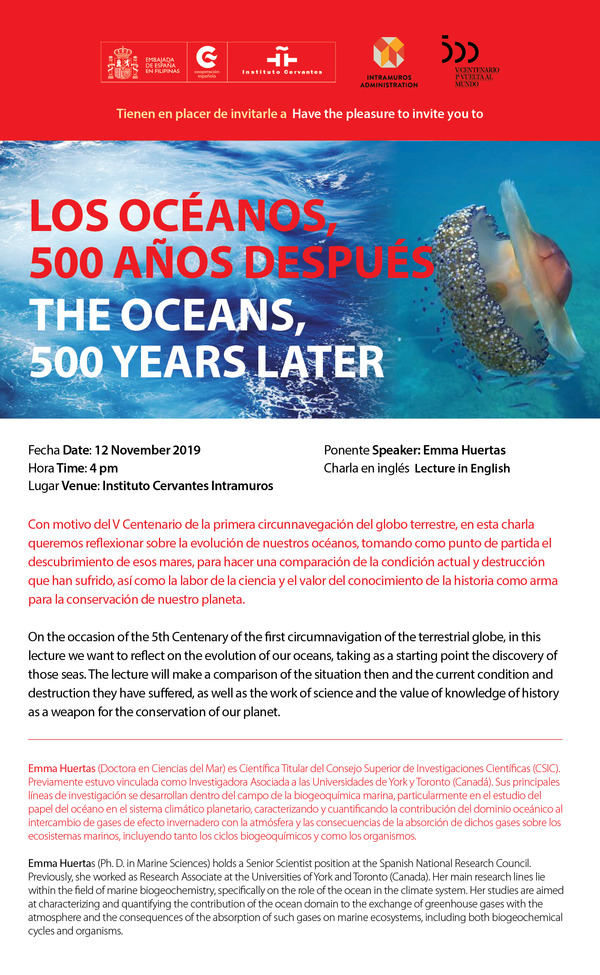 The lecture, entitled “The Oceans, 500 Years Later”, is organized under the framework of the 5th Centennial of the first circumnavigation of the world, an unprecedented feat by explorers Ferdinand Magellan and Juan Sebastian Elcano in a voyage commissioned by the Spanish crown. 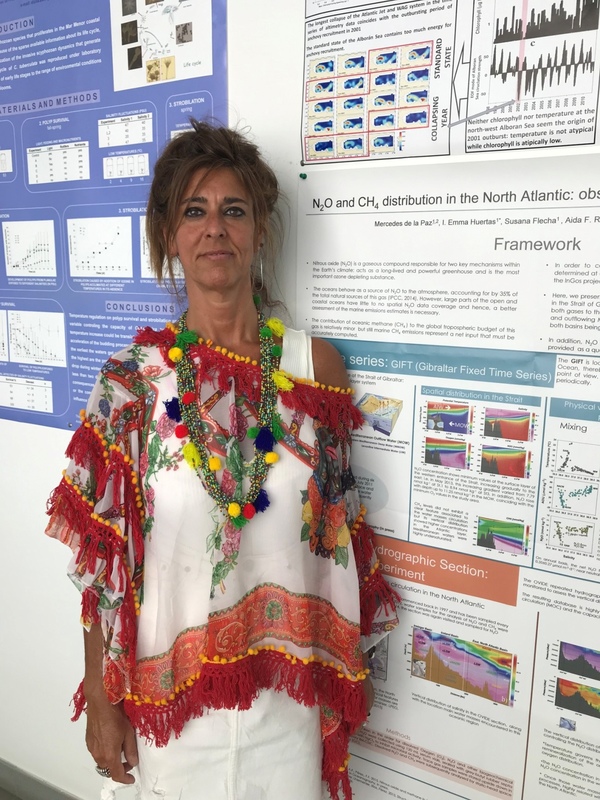 The talk will provide an environmental aspect to this historical achievement, in which we are encouraged to reflect on the impact of transoceanic voyages on our seas, starting from the first circumnavigation of the world. The lecture will make a comparison of the situations of our oceans from 500 years ago until the present, and will present the value of scientific and historical knowledge as a tool for the conservation of our planet.

The speaker, Dr. Emma Huertas, is an expert in Marine Sciences. She holds a senior scientist position at the Spanish National Research Council, and previously worked as a research associate in the Universities of York and Toronto. Her main research lines lie within the field of marine biogeochemistry, specifically on the role of the ocean in the climate system.

Organized by Instituto Cervantes and the Commission for the V Centennial of the First Circumnavigation of the World, this project is done in collaboration with the Embassy of Spain-AECID and with the support of Intramuros Administration.

The Intramuros branch of Instituto Cervantes de Manila is located in Plaza San Luis Complex, Intramuros, Manila. Entrance to the conference is for free on a first come, first served basis. For further information, please visit Instituto Cervantes’ website at http://manila.cervantes.es and its Facebook page at www.facebook.com/InstitutoCervantesManila.