Feel free to splurge on great bargains and great food at Greenfield City’s Independence Day Weekend Sale on June 12 to 16. Release your inner-shopaholic with discounts of up to 80% at select shops at Paseo Outlets, Laguna Central, and Arcadia. 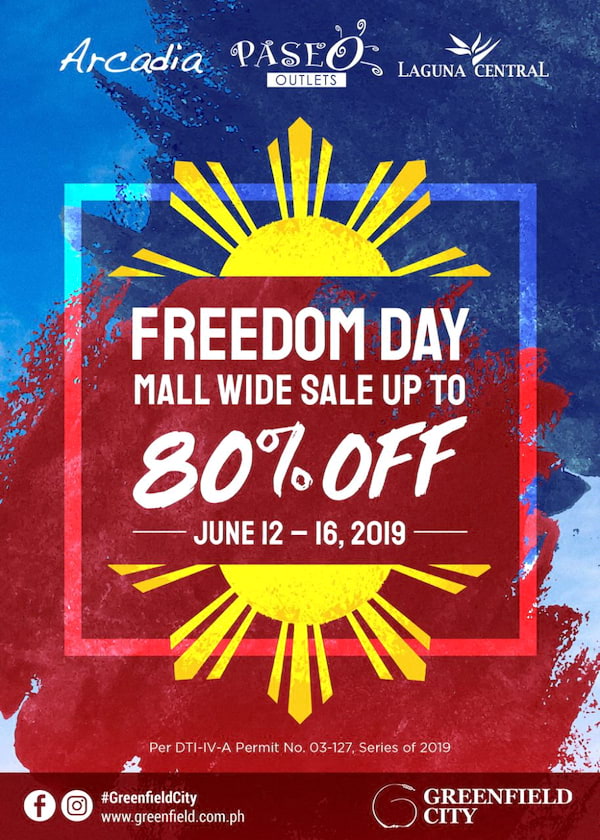 The following brands and their biggest outlet stores in the country will be participating in the sale: adidas, Converse Philippines, Oakley Vault, Giordano, and Nine West. The country’s only outlet stores of Pottery Barn, Pottery Barn Kids, west elm, Speedo, American Eagle Outfitters, and National Book Store will also be joining. Other participating brands include Nike, Levi’s, Under Armour, Mizuno, Speedo, Fusion, Marks & Spencer, Debenhams, Bench along with the international brands they distribute locally such as Mothercare, La Senza, and Cotton On, and Skechers.

Liberate yourself from hunger with the unique flavors of the Southern Tagalog at food bazaars that offer popular CALABARZON delights, such as bukopie, longganisa, coffee, and much more.

To unleash the festive spirit, there will also be performances of traditional CALABARZON dances during the event. The biggest film festival of CALABARZON, Pelikultura,will also take place and will feature independent films that tell stories of the region’s vibrant culture. 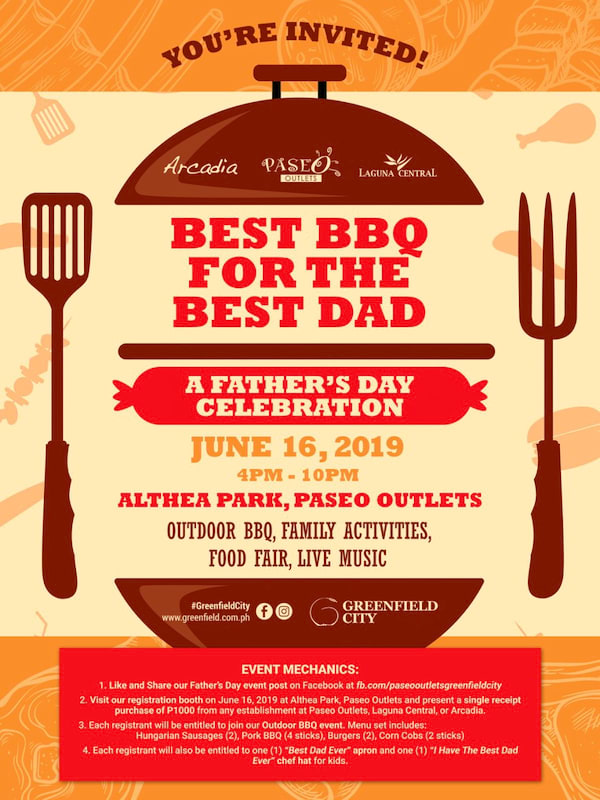 As one occasion ends, another begins. Father’s Day falls on the last day of the Independence Day Weekend Sale. Awaiting the men at Greenfield City are an outdoor barbecue with activities for the whole family, and an expo showcasing high-end cars and motorcycles.

“This Independence Day, we’re giving everyone the freedom to have fun at our mall-wide sale. We’re rolling in two more celebrations alongside it: Father’s Day and CALABARZON’s cultural heritage.” said Atty. Duane Santos, Executive Vice President and General Manager of Greenfield Development Corporation.