A classic farce filled with innuendo, physical comedy and snappy dialogue, Baka Naman Hindi returns to the CCP stage after its successful restaging in 2018. French playwright Georges Feydeau’s A Flea in Her Ear, translated by Virgilio “Beer” Flores, is known for being an archetype of the well-made play. 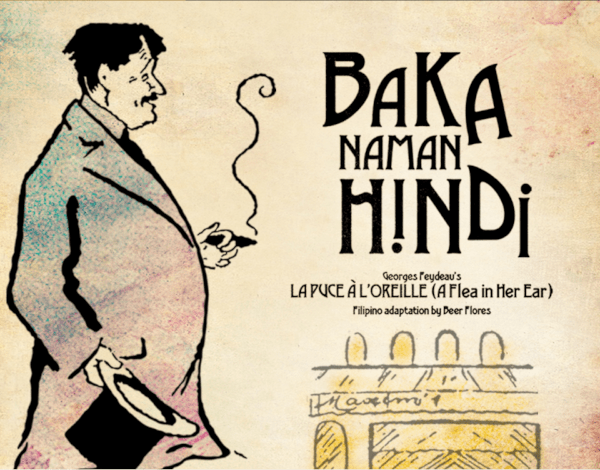 First staged at the CCP in the 1970s under the direction of CCP President Arsenio “Nick” Lizaso, this new production brings back the rollicking sexual comedy popular during the period. Set in 1907, this humorous tale deals with jealousy, love and lust between long time couples and friends.  In this play, set during the “belle epogue,” a woman, suspecting her lawyer husband of having an affair, plots to catch him in the act. Well-known actors including Ricky Davao, Randy Villarama, Lou Veloso, Tex Ordoñez-De Leon, Rina Reyes, Nazer Salcedo, Lao Rodriguez, Rafa Siguion-Reyna, Wenah Nagales, Mosang and other notable names in Philippine theater, TV, and film will be brought together in this high-energy comedy, with the new direction of Dennis Marasigan.