Noli Me Tangere The Opera 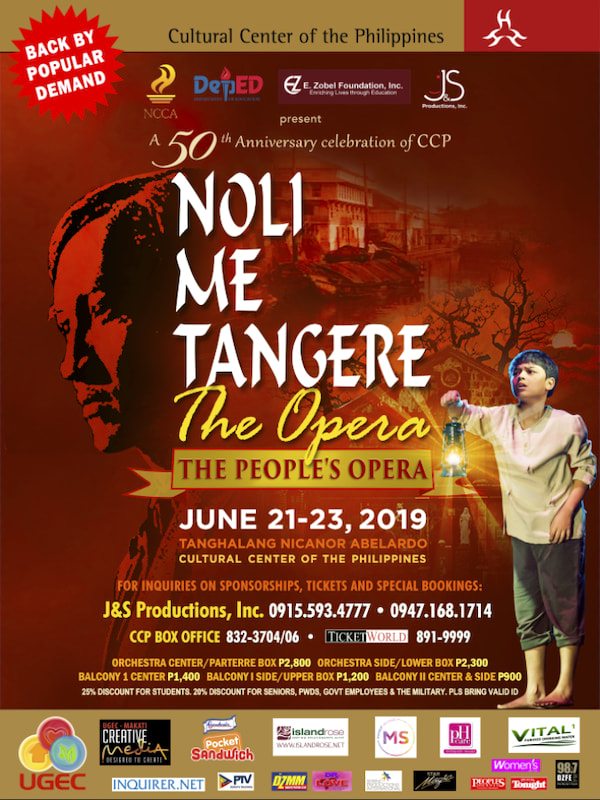 In partnership with the CCP, in time for its 50th anniversary, with support from the Honorable Senator Loren Legarda, the Tourism Promotions Board of the Philippines, and E. Zobel Foundation Inc., J&S Productions Inc., the producers behind the opera's acclaimed performances at the Kaye Playhouse in New York City (2013), the John F. Kennedy Center for the Performing Arts in Washington D.C. (2014), the Newport Performing Arts Theatre at Resorts World Manila (2014), and the CCP (2017), which commemorated the opera's 60th anniversary, fulfills its commitment anew to keep this masterpiece alive for the young Filipino audiences to experience and enjoy.

Co-directed by New York-based event stylist Jerry Sibal, who also does the set design, and veteran actor-director Jose Jeffrey Camanag, featuring the 53-piece NOLI Symphony Orchestra under the baton of Maestro Herminigildo Ranera, “Noli Me Tangere, The Opera,” which is based on the National Hero Dr. Jose Rizal's 1887 classic novel of the same name, tells the timeless story about love, betrayal, and hope set against a repulsive backdrop of tyranny, torture, and murder.

The opera in Three Acts follows Juan Crisostomo Ibarra who returns to the Philippines after pursuing scholarly studies in Europe. He plans to open up a school and marry Maria Clara, his betrothed. However, parish priest Padre Damaso, the archenemy of the Ibarras, is out to hinder Crisostomo's plans. “Noli Me Tangere” depicts the abuses suffered by the native Indios at the hands of Spanish tyrants.  The opera paints a clear picture of the so-called “social cancer” that illustrates the rotten system of governance, the illicit way of the church, and the unfavorable trade of the privileged class.

“Expect a brand-new production of the 'Noli Opera.' We will be using LED walls instead of mapping projections alongside physical set pieces, which create a more 'cinematic' look and feel,” says Sibal. “Although it's very expensive to mount this opera, ambitious even, we'd like this new production to be more affordable to students* (*tickets at 50 percent off, suggested by CCP) and the art enthusiasts.

“Together with my partner, Edwin Josue, this is our advocacy project. We're committed to promoting our arts and language, our culture and heritage, especially this beautiful work of our National Artists Felipe P. De Leon and Guillermo Tolentino.”

"Noli Me Tangere, The Opera unfolds as an elegant affair." - Washington Post

“It's a Gift to Filipinos.” - Philippine Daily Inquirer

“This production is going for grand, not only in design but also in scale.” -BWW Opera

The opera is performed with English supertitles. 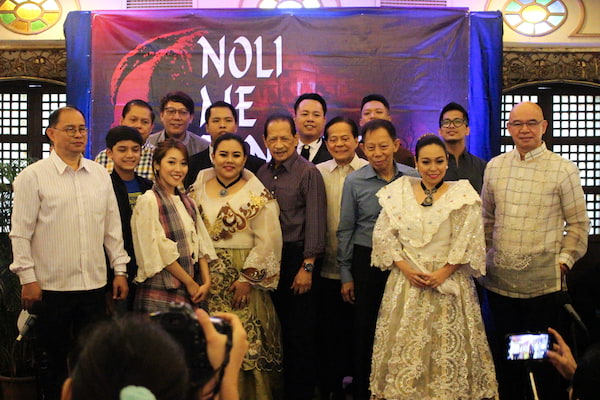