Michael Learns To Rock (MLTR), Denmark's biggest pop-rock band, will be doing a 4-city Philippine Tour in December as part of its Still Asian Tour 2018/2019. 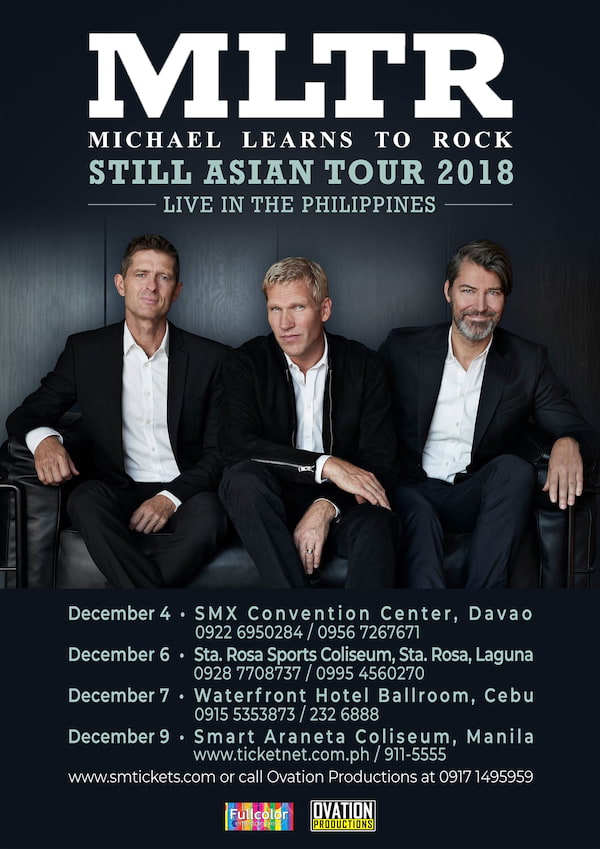 MLTR will also be performing cuts from their 9th studio album “Still”, released in March this year, featuring the hit songs “Everything You Need” and “Hiding Away from Life”.

Since their debut album in 1991, MLTR has released multiple hit singles with global record sales of over 11 million physical albums, more than 6 million paid downloads, estimated 50 million video views on YouTube, and more than 50 million streams on Spotify.

The MLTR story is not only one of the most successful to ever come out of Denmark, but also a story of an exception: their path to success has never been about scandals, divorce, drugs or any extreme way of living. It has always been about the music. MLTR is simply about great pop songs that resonate with people all over the world, especially Filipinos.

Michael Learns To Rock has played in excess of 600 concerts across the world with no signs of stopping.

Come join MLTR this December in their much awaited Philippine Tour and sing-along to all of their hit songs.