Celebrate International Book Day with Books & Roses in the Park

Like every April 23, Instituto Cervantes, the cultural arm of the Embassy of Spain, will once again be abuzz with cultural and fun activities to celebrate the Día del Libro or the International Book Day. 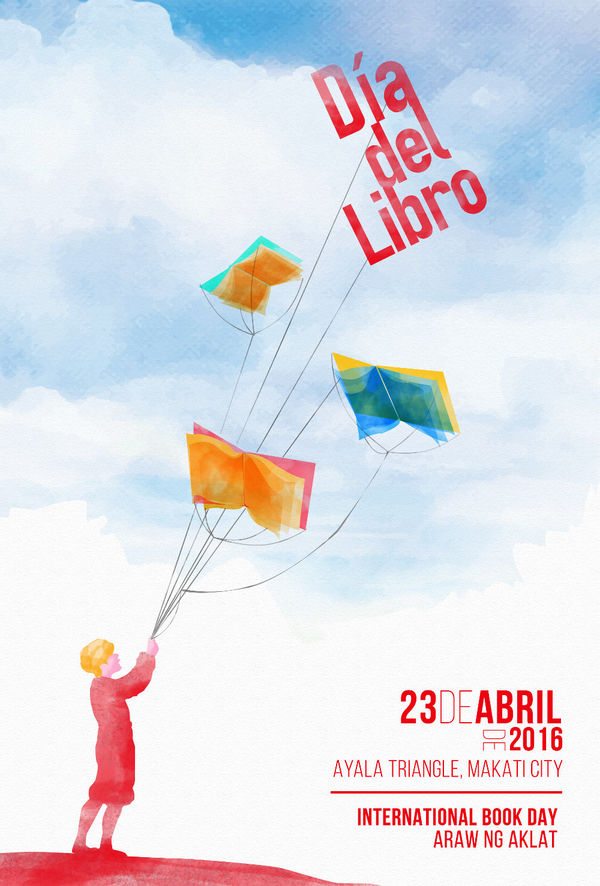 Around 4,000 book titles will be gathered around its premises in Ayala Triangle. As in previous years, Día del Libro will feature top bookstores and publishing houses that will be selling a wide array of books at a 20% discount. Following the tradition in Spain, every book purchase would entitle one to a free rose. 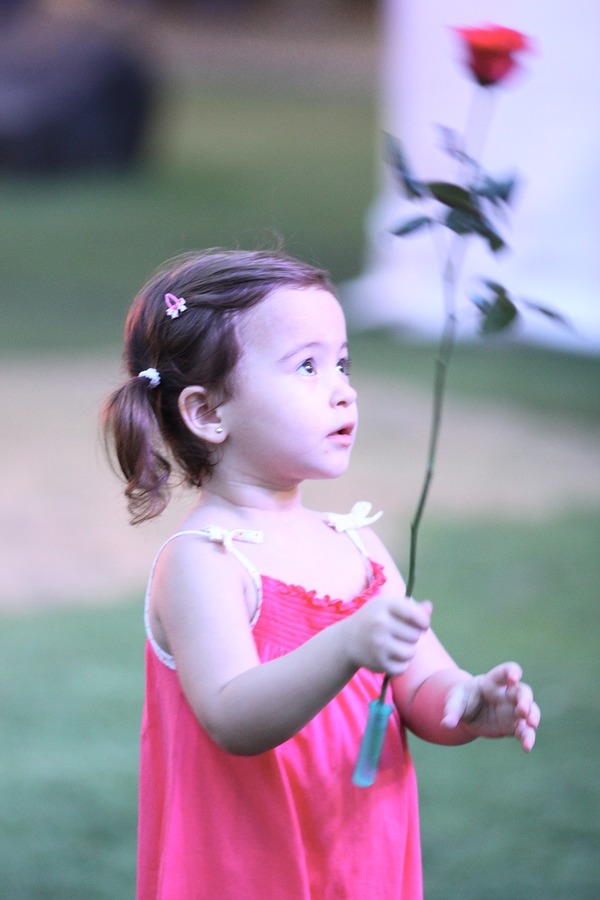 First introduced in Manila by Instituto Cervantes in 2006, the tradition of Día del Libro began in Barcelona, Spain. To the present, the tradition is commemorated on St. George’s Day (23 April), during which men and women exchange roses and books. This date also honors the deaths of two of history’s greatest writers – Miguel de Cervantes and William Shakespeare – who coincidentally died on the same day, April 23, 1616. 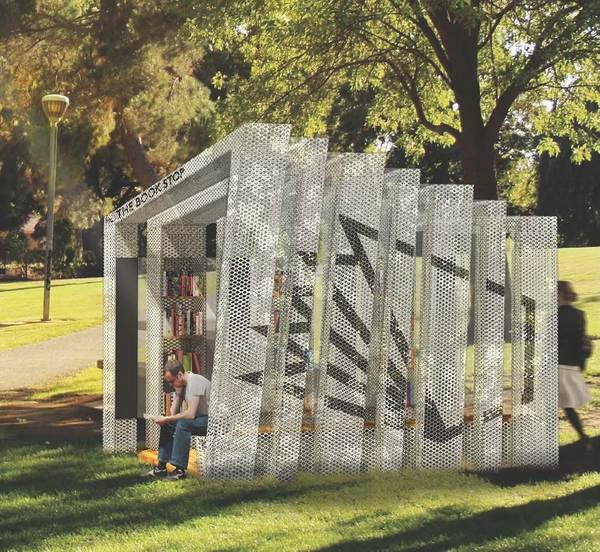 These significant occurrences prompted the UNESCO to declare, in 1995, April 23 as “World Book and Copyright Day” to instill the love of reading among the young and to promote respect for the rights of authors over their literary and artistic works. April is also the birth month of classic Filipino poet Francisco Balagtas, and to honor him the NCCA declared April the National Literature Month.

This year’s edition will be held on April 23, 2016, from 1pm to 11pm, at Ayala Triangle Gardens, a fitting venue for the event, making it a bigger and better experience for literature enthusiasts. Makati will play host for the first time ever to Día del Libro. And for the occasion,Instituto Cervantes and the Embassy of Spain have joined forces with the National Book Development Board (NBDB), the Komisyon sa Wikang Filipino, the Intellectual Property Office of the Philippines (IPOPHL), Ayala Land, WTA Architecture & Design Studio, the Spanish Agency International Cooperation for Development (AECID), La Cámara-Spanish Chamber of Commerce, the National Library of the Philippines (NLP), Vibal Foundation, and the best Manila bookstores.

Apart from the book market, visitors will also be treated to poetry recitals, dance performances, plays, concerts, as well as activities for the children, like puppet shows. One of the main features of the day will be the inauguration of a pop-up library --“The Book Stop.” The project, designed and built by WTA Architecture & Design Studio, is a non-profit library for the entire community, where visitors can interact in lively discussions with fellow readers and share their love of books, borrow volumes for free and exchange books. The goal here is reinvention - reinvigorating and re-establishing the library in Filipino society.

Instituto Cervantes is challenging visitors to join a Quixotic attempt: to write Don Quixote de La Mancha by hand. This year marks the 4thcentennial of the death of one of history’s greatest writers – Miguel de Cervantes, who died on April 23, 1616. Among the events organized by Instituto Cervantes to commemorate this anniversary is the Rewriting of Don Quijote.

The Spanish cultural center is in search of 500 book-loving volunteers to take part in a “quixotic” endeavor: to hand-write Cervantes’ novel. Each volunteer will have two minutes to write a few sentences of the novel by hand. The writing-chain will start at 11am and conclude at 11pm. The final hand-written book will be deposited in the Library of Instituto Cervantes. People interested in taking part of the writing of Don Quijote can join on the same day with no prior registration. Participants in the hand-writing chain will receive a rose. The public will also be invited to enjoy the first Interactive Giant Map with multimedia contents on the life and works of Cervantes.

Another whole-day activity is the printing of remarkable quotations or excerpts of 34th National-Book-Award-winning books. Visitors can bring their own shirt or buy one from a booth prepared by the National Book Development Board and have a chosen quotation printed onsite. Among the authors featured through the excerpts are poets Marne Kilates and Joselito Delos Reyes, fictionists Noreen Capili and Jun Cruz Reyes, and graphic fictionists Mervin Malonzo and Manix Abrera. The shirt booth will be paired with a henna tattoo/face paint station where book lovers are treated to lit-inspired body art and calligraphy.

Apart from the wide array of books to be sold on DÍA DEL LIBRO, more exciting activities are lined-up for this special day. At 3pm Komisyon sa Wikang Filipino will host a Balagtasan, with the poet-debaters showing off skills in arguing in verses about issues of the day. It will also present performances of the UP Singing Ambassadors’ Filipino folk songs and the Teatro Tomasino of Jose Rizal’s plays, El consejo de los dioses and Junto al Pasig (Konseho ng mga Diyoses and Sa May Pasig, both in Filipino). The bilingual book (in Filipino and Spanish) of the same plays, titled Jose P. Rizal: Konseho ng mga Diyoses; Sa May Pasig, and published by KWF’s Aklat ng Bayan series, will be launched on the same day and sold at discounted prices.

What follows at 4:30 pm is the launching of book Relatos, a compilation of short stories by the Batangueño writer Enrique Laygo (1897-1932). This is the new title of the collection Clásicos Hispanofilipinos, a project of Instituto Cervantes aiming for the preservation of the Filipino literary heritage. The same day will see some other book launchings –like the volume Jaime Gil de Biedma in the Philippines. Prose and Poetry, published by Vibal Foundation.

This year’s celebration will include a twist with La Noche de los Libros (The Night of Books). Through it, the Spanish Cultural Center will provide free entertainment for an entire evening of leisure and activities, including a feast of Spanish food, games, jazz music, a poetry recital, free Spanish classes... Photo buffs may also submit their best photos taken during Día del Libro. Cool prizes await the winners of this contest.

Join Día del Libro and experience a jam-packed evening of excitement. And for this year’s celebration, Instituto Cervantes will be giving out hundreds of books – for FREE!

Admission to all Día del libro activities is FREE on a FIRST-COME, FIRST-SERVED basis.